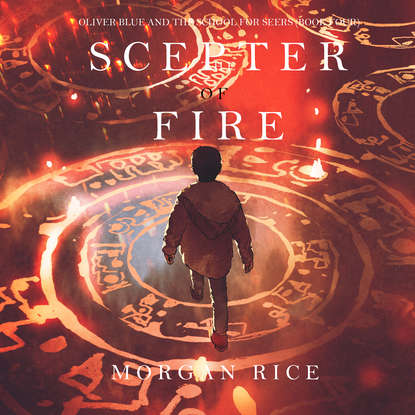 The Scepter of Fire

“A powerful opener to a series [that] will produce a combination of feisty protagonists and challenging circumstances to thoroughly involve not just young adults, but adult fantasy fans who seek epic stories fueled by powerful friendships and adversaries.”
–Midwest Book Review (Diane Donovan) (re A Throne for Sisters)

“Morgan Rice's imagination is limitless!”
–Books and Movie Reviews (re A Throne for Sisters)

From #1 Bestselling author Morgan Rice comes a new series for fantasy and middle grade readers (and adults, too)! Fans of Harry Potter and Percy Jackson—look no further!


In THE SCEPTER OF FIRE: OLIVER BLUE AND THE SCHOOL FOR SEERS (BOOK FOUR), 12 year old Oliver Blue is dispatched on an urgent mission to save The School for Seers. He must travel back in time, to Florence, 1592, to find the only artifact that can save them all.


Yet the secret is guarded by none other than Galileo himself.


As Oliver searches for one of the great scientists and inventors of all time, the man who invented the telescope and who discovered planets, Oliver must wonder: is a he a seer, too? And what other secrets is he holding?


His brother Chris, more powerful than ever, remains determined to kill Oliver for all time. Oliver soon realizes it is a race against time, as the fate of the school—and of the world—is at stake.


An uplifting fantasy, THE SCEPTER OF FIRE is book #4 in a riveting new series filled with magic, love, humor, heartbreak, tragedy, destiny, and a string of shocking surprises. It will make you fall in love with OLIVER BLUE, and keep you turning pages late into the night.