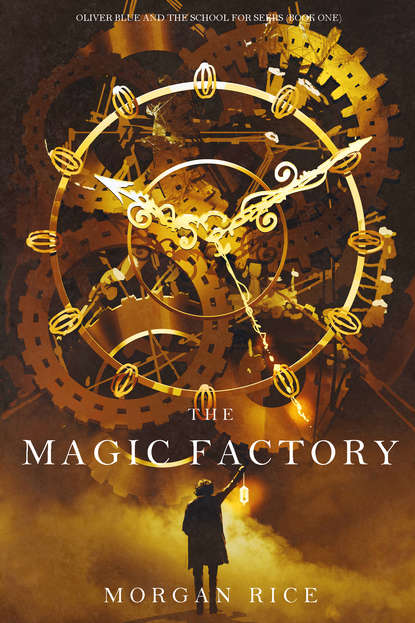 “A powerful opener to a series [that] will produce a combination of feisty protagonists and challenging circumstances to thoroughly involve not just young adults, but adult fantasy fans who seek epic stories fueled by powerful friendships and adversaries.”
–Midwest Book Review (Diane Donovan) (re A Throne for Sisters)
“Morgan Rice's imagination is limitless!”
–Books and Movie Reviews (re A Throne for Sisters)
From #1 Bestselling fantasy author Morgan Rice comes a new series for middle grade readers—and adults, too! Fans of Harry Potter and Percy Jackson—look no further!
THE MAGIC FACTORY: OLIVER BLUE AND THE SCHOOL FOR SEERS (BOOK ONE) tells the story of 11 year old Oliver Blue, a boy unloved by his hateful family. Oliver knows he is different, and senses that he holds powers that others do not. Obsessed with inventions, Oliver is determined to escape his horrible life and make his mark on the world.
When Oliver is moved to yet another awful house he is put into in a new sixth grade, one even more terrifying than the last. He is bullied and excluded, and sees no way out. But when he stumbles across an abandoned invention factory, he wonders if his dreams might be about to come true.
Who is the mysterious old inventor hiding in the factory?
What is his secret invention?
And will Oliver end up transported back in time, to 1944, to a magical school for kids with powers to rival his own?
An uplifting fantasy, THE MAGIC FACTORY is book #1 in a riveting new series filled with magic, love, humor, heartbreak, tragedy, destiny, and a series of shocking twists. It will make you fall in love with Oliver Blue, and keep you turning pages late into the night.
Book #2 in the series (THE ORB OF KANDRA) and Book #3 (THE OBSIDIANS) are now also available!
“The beginnings of something remarkable are there.”
–San Francisco Book Review (re A Quest of Heroes)