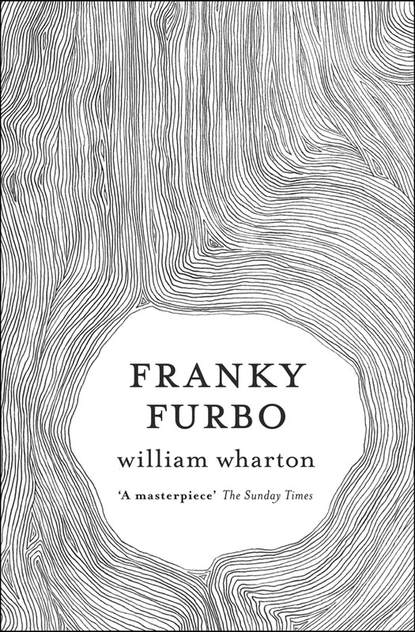 A welcome reissue of this wartime classic from the author of Birdy.During WW II, a dying American soldier, William Wiley, and his German captor, Wilhelm Klug, are miraculously rescued by a fox endowed with extraordinary powers, Franky Furbo.For William, the experience is indisputably true but when he discovers later that neither his wife nor children believe in Franky, he endures a crisis of faith and searches desperately for the truth.Franky Furbo is a modern fable with a remarkable twist, quite unlike anything Wharton wrote before or since.

They are all dead now. They were killed August 3, 1988, at 4:00 p.m. in a terrible automobile crash and fire on Highway I-5 near Albany in the Willlamette Valley in the state of Oregon.

This horrible accident was precipitated by a field fire licensed by public officials of that state. Despite the accident, in which seven were killed, thirty-five injured and twenty-four vehicles destroyed, these field fires are still licensed with the published endorsement of the governor. The overwhelming objection to field burning by most of the residents in that valley is also ignored in the special interest of less than a thousand farmers who bring in $350 million yearly to the state at a profit of $170 million to themselves.

The first Franky Furbo stories were told by me to Kate, over thirty years ago. I told them every morning to each of my children during the next twenty years. I’d looked forward to telling them to Dayiel and Mia.

Now, due to the arrogance, short-sightedness and greed of the grass growers with the backing of Oregon state officials, this can never be.

We hope to forgive but we can never be reconciled.

In the center of Italy, surrounded by the rolling hills of Umbria, there is a city built on top of a hill. This city is called Perugia, an old fortress city, with tunnels under it designed to withstand sieges during the many battles that, through the centuries, have raged up and down the Italian peninsula.

A few kilometers south of Perugia is a much smaller village called Prepo. It has only twelve houses in it; these are the homes of farmers who work tiny plots of ground around the village. Mostly the farmers grow olives and grapes on their land. They also grow vegetables for themselves, and grain for their animals.

In order to plow the ground, the farmers have huge white oxen called buoi. These beautiful animals are usually hitched by a wooden yoke in twos to pull a plow. The wooden plows dig deep into the dark, brown earth.

Up on the side of a hill, beside Prepo, is a small forest of pine trees. At the edge of these pine trees, and above a small plot of two hectares, is a medium-sized stone house. This house has a tile roof with moss growing on it. There are five windows with wooden shutters, and a chimney. Attached to the house, on the south side so it catches the sun, is a terrace with a grape arbor. In the summer and early autumn the grapes hang over the terrace and the leaves give shade. In all, it is a beautiful place to live.

Inside this house on the side of the hill, near the forest, lives a most interesting family. The father is an American. The mother, although she speaks perfect Italian, is not Italian; she doesn’t look American either. She has golden tan skin and dark red hair. The people in Prepo consider her brutta, or ugly, because red hair to them is a sign of the devil. Actually, almost anyone from anywhere else would call her beautiful.

This American family has lived in their house for more than forty years. The father comes out often and talks with the villagers or rides his bicycle into Perugia to shop. The mother stays home and keeps house and works in the garden. She does not talk to many people. If someone comes to visit, she is very polite, but she never invites anyone to come and never visits anyone herself. Many times she walks alone, or with her husband, through the fields, in the night. There are some in the village who have insisted she is a witch.

This American and his strange wife have four children. Three of them, when they were old enough to leave home, went elsewhere to live, but the youngest still lives with them. None of the children ever attended the Italian schools or any school whatsoever. The parents have taught these children themselves.

The man speaks some Italian but with a quite strong American accent. The children all speak beautiful Italian like their mother. It must be she who teaches them.

In addition to cultivating his grapes and olives, the American father, whose name is William Wiley, is said to write stories for children. Often he can be seen in the neighborhood pedaling around on his bicycle with a folder of paper and a box of paints while he looks for places to paint or draw. No one has ever seen anything he wrote or painted, so there is no way for them to know that the stories he writes and illustrates are published in America and England. The people in Prepo do not travel much. The farthest any of them has ever been is Rome.

It’s the postman who made that journey. He also travels all over this hilly region of small villages, delivering the mail. He is considered by everyone very well traveled. He says the American often receives packages and letters from America or other places. In fact, the mail this American man, William Wiley, receives is probably about half the mail the mailman delivers from the small bag attached to the front of his bicycle.

One of the strange things about this family is they do not make wine from their grapes. They pick the grapes at the proper time, when they are filled with juices, then eat some of them, as does everyone in the village. The rest of the grapes they crush in a large wine press, as everyone knows it must be done, but then they bottle the juice and keep it tightly closed so it can never turn into the lovely light wine for which this part of Italy is famous.

They drink this juice of the grape just that way, raw. It is another thing the people in the village can never understand. But then, they say, what else can one expect from foreigners, especially when one of them is most likely a witch, or worse.

Long ago, the cardinal in Perugia sent a priest to vist the Americans. This was just after they had arrived.

This priest was thirty-five at that time, and it is said he had studied in Rome. He did not think the mother and wife, whose name is Caroline, was ugly at all. He found her quite attractive in a foreign kind of way.

He made this first visit over forty years ago. They invited him to drink with them, and it was true: it wasn’t wine, it was grape juice. He told the villagers he was surprised to find how delicious it tasted, but no one in the village would believe him, even though he was a priest.

This priest discovered the Americans were not Catholic, had no religion, did not go to any church, did not intend to send their children to church or to instruct them in religion. In fact, he suspected they weren’t even Christians, but he didn’t tell anybody in the village this.

Finally, he talked to the family about why he’d come to visit them, how the villagers found them peculiar and thought the wife might be a witch. At this, the two strangers looked at each other and smiled. They’d just had a child born to them, a baby girl; the mother brought her out for the priest to see. He asked if perhaps he might baptize the child. It would help the villagers accept the Americans if he could tell them the baby was baptized. William and Caroline had no objection, and so the priest performed the ceremony. They named the little girl Kathleen.

With that, he left. There was no other discussion.