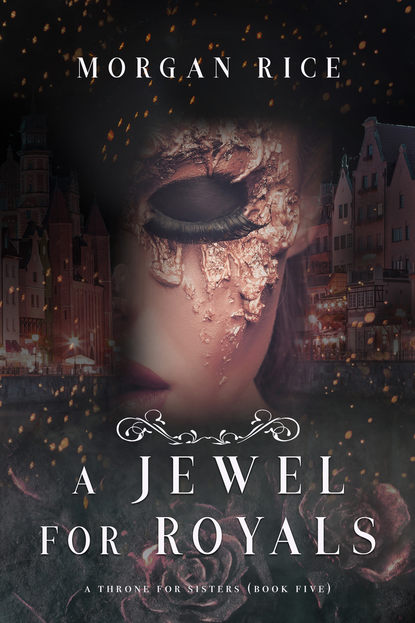 A Jewel for Royals

“Morgan Rice's imagination is limitless. In another series that promises to be as entertaining as the previous ones, A THRONE OF SISTERS presents us with the tale of two sisters (Sophia and Kate), orphans, fighting to survive in a cruel and demanding world of an orphanage. An instant success. I can hardly wait to put my hands on the second and third books!”
–Books and Movie Reviews (Roberto Mattos)
From #1 Bestseller Morgan Rice comes an unforgettable new fantasy series.
In A JEWEL FOR ROYALS (A Throne for Sisters—Book Five), Sophia, 17, gets word that Sebastian, her love, is imprisoned and set to be executed. Will she risk it all for love?
Her sister Kate, 15, struggles to escape the witch’s power—but it may be too strong. Kate may be forced to pay the price for the deal she made—and to live a life she doesn’t want to.
The Queen is furious at Lady D’Angelica for failing to woo her son, Sebastian. She is prepared to sentence her to the Lead Mask. But Lady D’Angelica has her own plans, and she won’t go down so easily.
Cora and Emeline finally reach Stonehome—and what they find there shocks them.
Most shocking of all, though, is Sophia and Kate’s brother, a man who will change their destinies forever. What secrets does he hold about their long-lost parents?
A JEWEL FOR ROYALS (A Throne for Sisters—Book Five) is the fifth book in a dazzling new fantasy series rife with love, heartbreak, tragedy, action, adventure, magic, swords, sorcery, dragons, fate and heart-pounding suspense. A page turner, it is filled with characters that will make you fall in love, and a world you will never forget.
Book #6 in the series will be released soon.
“[A Throne for Sisters is a] powerful opener to a series [that] will produce a combination of feisty protagonists and challenging circumstances to thoroughly involve not just young adults, but adult fantasy fans who seek epic stories fueled by powerful friendships and adversaries.”
–Midwest Book Review (Diane Donovan)