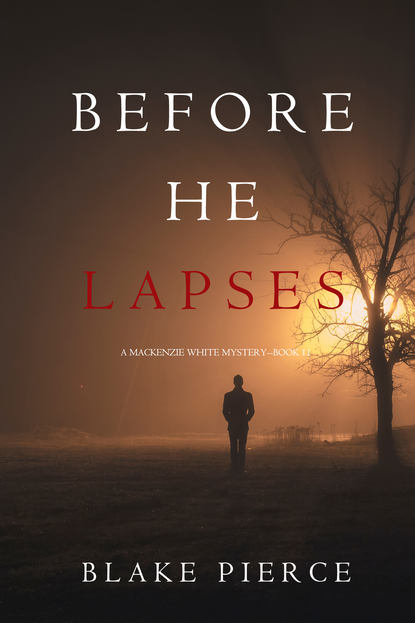 From Blake Pierce, #1 bestselling author of ONCE GONE (a #1 bestseller with over 1,200 five star reviews), comes BEFORE HE LAPSES, book #11 in the heart-pounding Mackenzie White mystery series.
BEFORE HE LAPSES is book #11 in the bestselling Mackenzie White mystery series, which begins with BEFORE HE KILLS (Book #1), a free download with over 500 five-star reviews!
FBI Special Agent Mackenzie White, six months pregnant, calls off her formal wedding with Ellington and they elope instead. On their honeymoon, they finally have some downtime together—when a call comes in for an urgent case: women are being strangled at a rapid rate in the D.C. area by what appears to be a serial killer. Even more disturbing: this killer is so meticulous that he leaves absolutely no trace.
Mackenzie comes up with a radical theory for who he might be, but pursuing it may jeopardize her own job—and her own life. In her most intense game of cat and mouse yet, she finds herself struggling to keep her baby and her sanity while up against a diabolical psychopath, her own agency, and the hunt of her life.
Even with her all of her wits, it may be too late for her to save the next victims—or herself.
A dark psychological thriller with heart-pounding suspense, BEFORE HE LAPSES is book #11 in a riveting new series—with a beloved new character—that will leave you turning pages late into the night.
Also available by Blake Pierce is ONCE GONE (A Riley Paige mystery—Book #1), a #1 bestseller with over 1,200 five star reviews—and a free download!