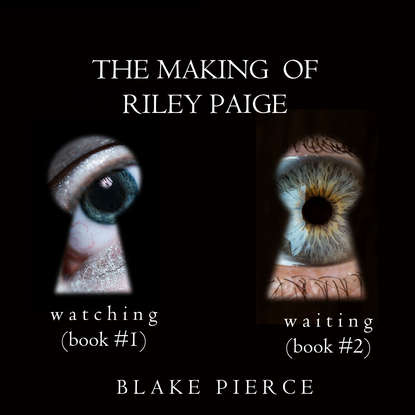 A bundle of books #1 (WATCHING) and #2 (WAITING) in Blake Pierce’s new psychological thriller series by #1 bestselling author Blake Pierce, whose free bestseller Once Gone (Book #1) has received over 1,000 five star reviews. This bundle offers books one and two in one convenient file, with over 100,000 words of reading.


In WATCHING, 22 year old psychology major—and aspiring FBI agent—Riley Paige finds herself in a battle for her life as her closest friends on campus are abducted and killed by a serial killer. She senses that she, too, is being targeted—and that if she is to survive, she must apply her brilliant mind to stop the killer herself. When the FBI hits a dead end, they are impressed enough by Riley’s keen insight into the killer’s mind to allow her to help. Yet the killer’s mind is a dark, twisted place, one too diabolical to make sense of, and one that threatens to bring Riley’s fragile psyche crashing down. In this deadly game of cat and mouse, can Riley survive unscarred?


In WAITING, brilliant 22 year old FBI intern Riley Paige struggles to decode the riddles of the sadistic serial killer dubbed by media as the “clown killer”—but finds it all becomes too personal when she herself, targeted, is in a battle for her life. Recent college graduate Riley Paige is accepted into the prestigious FBI summer internship program, and is determined to make a name for herself. Exposed to many departments of the FBI, she thinks it will be a quiet summer—until a serial killer holds Washington by suspense. Dubbed the “clown killer,” he dressed and paints his victims as clowns, and mocks the FBI with tantalizing riddles in the media. He leaves everyone to wonder: is he a clown himself? It seems that only Riley has the mind brilliant enough to decode the answers. And yet the journey into this killer’s mind is too dark—and the battle too personal—for Riley to come out unscathed. Can she win this deadly game of cat and mouse?


Dark psychological thrillers with heart-pounding suspense, the Riley Paige mysteries are a riveting new series—with a beloved new character—that will leave you turning pages late into the night.


Book #3 in the series, LURING, is now available!