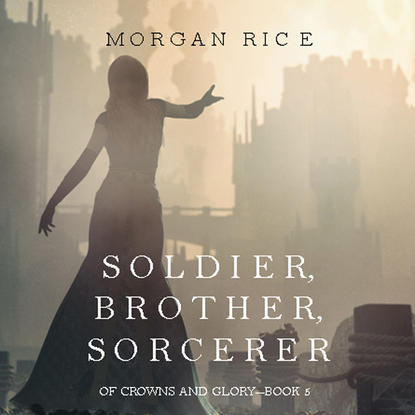 “Morgan Rice has come up with what promises to be another brilliant series, immersing us in a fantasy of valor, honor, courage, magic and faith in your destiny. Morgan has managed again to produce a strong set of characters that make us cheer for them on every page.…Recommended for the permanent library of all readers that love a well-written fantasy.”
–Books and Movie Reviews, Roberto Mattos (regarding Rise of the Dragons)


17 year old Ceres, a beautiful, poor girl from the Empire city of Delos, has won the battle for Delos—and yet a complete victory still awaits her. As the rebellion looks to her as their new leader, Ceres must find a way to topple the Empire’s royalty, and to defend Delos from the pending attack from a greater army than she has ever known. She must try to free Thanos before his execution, and help him clear his name in the murder of his father.


Thanos himself is determined to hunt down Lucious across the sea, to avenge his father’s murder, and to kill his brother before he can return with an army to Delos’ shores. It will be a treacherous journey into hostile lands, one, he knows, that will result in his own death. But he is determined to sacrifice for his country.


Yet all may not go as planned. Stephania travels to a distant land to find the sorcerer who can, once and for all, put a stop Ceres’ powers. She is determined to enact a treachery that will kill Ceres, and instill herself—and her unborn child—as ruler of the Empire.


SOLDIER, BROTHER, SORCERER tells an epic tale of tragic love, vengeance, betrayal, ambition, and destiny. Filled with unforgettable characters and heart-pounding action, it transports us into a world we will never forget, and makes us fall in love with fantasy all over again.


“An action packed fantasy sure to please fans of Morgan Rice’s previous novels, along with fans of works such as The Inheritance Cycle by Christopher Paolini…. Fans of Young Adult Fiction will devour this latest work by Rice and beg for more.”
–The Wanderer, A Literary Journal (regarding Rise of the Dragons)

Book #6 in OF CROWNS AND GLORY is also available!