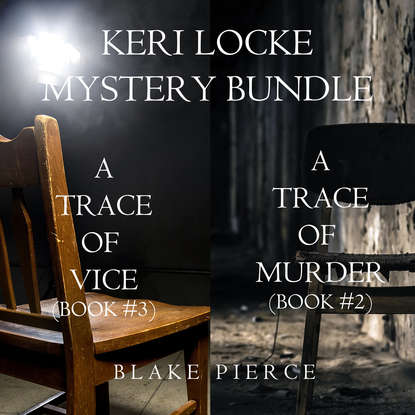 
A bundle of books #2 (A TRACE OF MURDER) and #3 (A TRACE OF VICE) in Blake Pierce’s Keri Locke Mystery series! This bundle offers books two and three in one convenient file, with over 120,000 words of reading.


In A TRACE OF VICE (A Keri Locke Mystery—Book 3), Keri Locke, Missing Persons Detective in the Homicide division of the LAPD, follows a fresh lead for her abducted daughter. It leads to a violent confrontation with The Collector—which, in turn, offers more clues that may, after all this time, reunite her with her daughter. Yet at the same time, Keri is assigned a new case, one with a frantic ticking clock. A teenage girl has gone missing in Los Angeles, a girl from a good family who was duped into drugs and abducted into a sex trafficking ring. Keri is hot on her trail—but the trail is moving fast, with the girl being constantly moved and with her abductors’ single, nefarious goal: to cross her over the border with Mexico.


Book #4 in the Keri Locke series will be available soon.