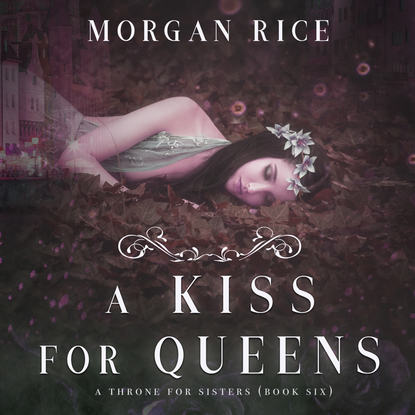 A Kiss for Queens

“Morgan Rice's imagination is limitless. In another series that promises to be as entertaining as the previous ones, A THRONE OF SISTERS presents us with the tale of two sisters (Sophia and Kate), orphans, fighting to survive in a cruel and demanding world of an orphanage. An instant success. I can hardly wait to put my hands on the second and third books!”
–Books and Movie Reviews (Roberto Mattos)


In A KISS FOR QUEENS (A Throne for Sisters—Book Six), it is time for Sophia to come into her own. It is time for her to lead an army, to lead a nation, to step up and be the commander of the most epic battle the realm may ever see. Her love, Sebastian, remains imprisoned and set to be executed. Will they reunite in time?


Kate has finally freed herself from the witch’s power, and is free to become the warrior she was meant to be. Her skills will be tested in the battle of her life, as she fights at her sister’s side. Will the sisters save each other?


The Queen, furious at Rupert and Lady D’Angelica, exiles him and sentences her to execution. But they just may have their own agenda.


And all of this converges in an epic battle that will decide the future of the crown—and the fate of the realm—forever.


A KISS FOR QUEENS (A Throne for Sisters—Book Six) is book #6 in a dazzling new fantasy series rife with love, heartbreak, tragedy, action, adventure, magic, swords, sorcery, dragons, fate and heart-pounding suspense. A page turner, it is filled with characters that will make you fall in love, and a world you will never forget.


Book #7 in the series will be released soon.


“[A Throne for Sisters is a] powerful opener to a series [that] will produce a combination of feisty protagonists and challenging circumstances to thoroughly involve not just young adults, but adult fantasy fans who seek epic stories fueled by powerful friendships and adversaries.”
–Midwest Book Review (Diane Donovan)