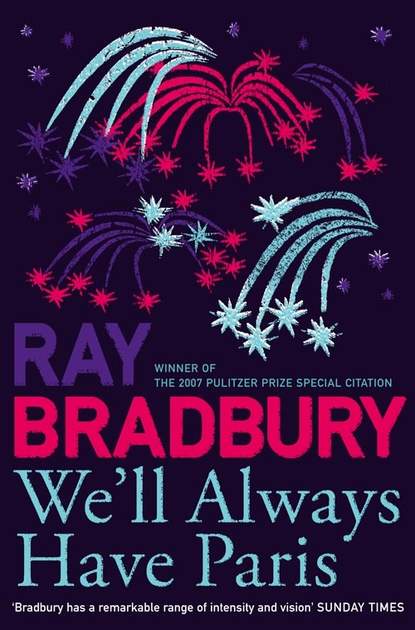 From one of the greatest living literary imaginations and the celebrated author of FAHRENHEIT 451 comes a collection of never-before-published effortlessly beautiful tales.Recently described in The Times as 'the uncrowned poet laureate of science fiction' Ray Bradbury has won numerous awards including a Pulitzer Prize special citation in 2007 and an Emmy.In this new volume of never-before-published stories, follow a space shuttle crew as they voyage sixty million miles from home, discover what happens when a writer 'with the future's eye' believes his friend to be writing stories aboard a UFO, and listen in on a couple talking themselves backwards through time to the moment when they first held hands.This entertaining and gripping collection is a treasure trove of Bradbury gems – eerie and strange, nostalgic and bittersweet, searching and speculative – to delight readers of all ages.

With love to my lifetime friend,

Donald Harkins, who is buried in Paris

Come Away with Me (#litres_trial_promo)

If Paths Must Cross Again (#litres_trial_promo)

Miss Appletree and I (#litres_trial_promo)

The stories in this collection were created by two people: The me who watches and the me who writes.

Both of these creatures inside myself have lived under one sign, which has hung over my typewriter for seventy years: Don’t think, do.

I haven’t thought about any of these stories; they are explosions or impulses. Sometimes they are big explosions of ideas that cannot be resisted, sometimes small impulses coaxed to grow.

My favorite here is ‘Massinello Pietro’ because it happened to me many years ago, when I was in my early twenties and lived in and out of a tenement in downtown L.A. Massinello Pietro became a friend of mine whom I tried to protect from the police and help when he was brought into court. The short story that was inspired by this friendship is, in many ways, basically true and I simply had to write it.

The other stories, one by one, came to me throughout my life – from a very young age through my middle and later years. Every one of them has been a passion. Every story here was written because I had to write it. Writing stories is like breathing for me. I watch: I get an idea, fall in love with it, and try not to think too much about it. I then write: I let the story pour forth onto the paper as soon as possible.

So here you are with the works of the two people living inside my skin. Some may surprise you. And that is good. Many of them surprised me when they came to me and asked to be born. I hope you enjoy them. Don’t think about them too much. Just try to love them as I love them.

He fed the canaries and the geese and the dogs and the cats. Then he cranked up the rusty phonograph and sang to the hissing ‘Tales from the Vienna Woods’:

Life goes up, life goes down,

But please smile, do not sigh, do not frown!

Dancing, he heard the car stop before his little shop. He saw the man in the gray hat glance up and down the storefront and knew the man was reading the sign which in large, uneven blue letters declared THE MANGER. EVERYTHING FREE! LOVE AND CHARITY FOR ALL!

The man stepped halfway through the open door and stopped. ‘Mr Massinello Pietro?’