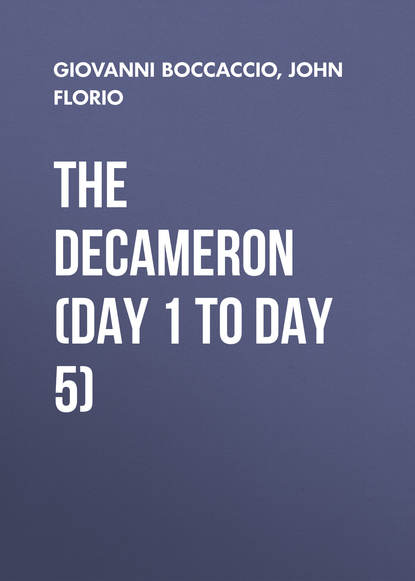 Heerein all men are admonished, never to distrust the powerfull hand of Heaven, when Fortune seemeth to be most adverse against them

The Ladies and Gentlemen also, having smiled sufficiently at the severall accidents which did befall the poore Traveller Andrea, reported at large by Madame Fiammetta, the Lady Æmillia, seeing her tale to be fully concluded, began (by commandement of the Queene) to speake in this manner.

The diversitie of changes and alterations in Fortune as they are great, so must they needs be greevous; and as often as we take occasion to talk of them, as often do they awake and quicken our understandings, avouching, that it is no easie matter to depend upon her flatteries. And I am of opinion, that to heare them recounted, ought not any way to offend us, be it of men wretched or fortunate; because, as they enstruct the one with good advise, so they animate the other with comfort. And therefore, although great occasions have beene already related, yet I purpose to tell a Tale, no lesse true then lamentable; which albeit it sorted to a successefull ending, yet notwithstanding, such and so many were the bitter thwartings, as hardly can I beleeve, that ever any sorrow was more joyfully sweetened.

You must understand then (most gracious Ladies) that after the death of Fredericke the second Emperour, one named Manfred, was crowned King of Sicilie, about whom lived in great account and authority, a Neapolitane Gentleman, called Henriet Capece, who had to Wife a beautifull Gentlewoman, and a Neapolitane also, named Madam Beritola Caracalla. This Henriet held the government of the Kingdome of Sicilie, and understanding, that King Charles the first, had wonne the battle of Beneventum, and slaine King Manfred; the whole Kingdome revolting also to his devotion, and little trust to be reposed in the Sicillians, or he willing to subject himselfe to his Lords enemy; provided for his secret flight from thence. But this being discovered to the Sicillians, he and many more, who had beene loyall servants to King Manfred, were suddenly taken and imprisoned by King Charles, and the sole possession of the Iland confirmed to him.

Madam Beritola not knowing (in so sudden and strange an alteration of State affaires) what was become of her Husband, fearing also greatly before, those inconveniences which afterward followed; being overcome with many passionate considerations, having left and forsaken all her goods, going aboard a small Barke with a Sonne of hers, aged about some eight yeeres, named Geoffrey, and growne great with childe with another; shee fled thence to Lipary, where shee was brought to bed of another Sonne, whom shee named (answerable both to his and her hard fortune) The poore expelled.

Having provided her selfe of a Nurse, they altogether went aboard againe, setting sayle for Naples to visit her Parents; but it chanced quite contrary to her expectation, because by stormie windes and weather, the vessell being bound for Naples, was hurried to the Ile of Ponzo, where entring into a small Port of the Sea, they concluded to make their aboade, till a time more furtherous should favour their voyage.

As the rest, so did Madam Beritola goe on shore in the Iland, where having found a separate and solitary place, fit for her silent and sad meditations, secretly by her selfe, shee sorrowed for the absence of her husband. Resorting daily to this her sad exercise, and continuing there her complaints, unseene by any of the Marriners, or whosoever else: there arrived suddenly a Galley of Pyrates, who seazing on the small Barke, carried it and all the rest in it away with them. When Beritola had finished her wofull complaints, as daily shee was accustomed to doe, shee returned backe to her children againe; but finding no person there remaining, whereat she wondered not a little: immediately (suspecting what had happened indeede) she lent her lookes on the Sea, and saw the Galley, which as yet had not gone farre, drawing the smaller vessell after her. Heereby plainly she perceyved, that now she had lost her children, as formerly shee had done her husband; being left there poore, forsaken, and miserable, not knowing when, where, or how to finde any of them againe, and calling for her husband and children, shee fell downe in a swound uppon the shore.

Now was not any body neere, with coole water or any other remedy, to helpe the recovery of her lost powers; wherefore her spirites might the more freely wander at their own pleasure: but after they were returned backe againe, and had won their wonted offices in her body, drowned in teares, and wringing her hands, shee did nothing but call for her children and husband, straying all about, in hope to finde them, seeking in Caves, Dennes, and every where else, that presented the verie least glimpse of comfort. But when she saw all her paines sort to no purpose, and darke night drawing swiftly on, hope and dismay raising infinit perturbations, made her yet to be somewhat respective of her selfe, & therefore departing from the sea-shore, she returned to the solitary place, where she used to sigh and mourne alone by her selfe.

The night being over-past with infinite feares and affrights, & bright day saluting the world againe, with the expence of nine hours and more, she fell to her former fruitlesse travailes. Being somewhat sharply bitten with hunger, because the former day and night shee hadde not tasted any food: she made therefore a benefit of necessity, and fed on the green hearbes so well as she could, not without many piercing afflictions, what should become of her in this extraordinary misery. As shee walked in these pensive meditations, she saw a Goate enter into a Cave, and (within a while after) come forth againe, wandering along thorow the woods. Whereupon she stayed, and entred where she saw the beast issue forth, where she found two yong Kids, yeaned (as it seemed) the selfesame day, which sight was very pleasing to her, and nothing (in that distresse) could more content her.

As yet she had milke freshly running in both her brests, by reason of her so late delivery in child-bed; wherefore shee lay downe unto the two yong Kids, and taking them tenderly in her armes, suffered each of them to sucke a teate, whereof they made not any refusall, but tooke them as lovingly as their dammes, and from that time forward, they made no distinguishing betweene their damme and her. Thus this unfortunate Lady, having found some company in this solitary desert, fed on hearbes & roots, drinking faire running water, and weeping silently to her selfe, so often as she remembred her husband, children, and former dayes past in much better manner. Here shee resolved now to live and dye, being at last deprived both of the damme and yonger Kids also, by theyr wandering further into the neere adjoining Woods, according to their Naturall inclinations; whereby the poore distressed Lady became more savage and wilde in her daily conditions, then otherwise shee would have bene.

After many monthes were over-passed, at the very same place where she tooke landing; by chance, there arrived another small vessell of certaine Pisans, which remained there divers dayes. In this Bark was a Gentleman, named Conrado de Marchesi Malespini, with his holy and vertuous wife, who were returned backe from a Pilgrimage, having visited all the sanctified places, that then were in the Kingdome of Apulia, & now were bound homeward to their owne abiding. This Gentleman, for the expelling of melancholy perturbations, one especiall day amongst other, with his wife, servants, and waiting hounds, wandered up into the Iland, not far from the place of Madam Beritolaes desert dwelling. The hounds questing after game, at last happened on the two Kiddes where they were feeding, and (by this time) had attained to indifferent growth: and finding themselves thus pursued by the hounds, fled to no other part of the wood, then to the Cave where Beritola remained, and seeming as if they sought to be rescued only by her, she sodainly caught up a staffe, and forced the hounds thence to flight.

By this time, Conrado and his wife, who had followed closely after the hounds, was come thither, and seeing what had hapned, looking on the Lady, who was become blacke, swarthy, meager, and hairy, they wondered not a little at her, and she a great deale more at them. When (upon her request) Conrado had checkt back his hounds, they prevailed so much by earnest intreaties, to know what she was, and the reason of her living there; that she intirely related her quality, unfortunate accidents, and strange determination for living there. Which when the Gentleman had heard, who very well knew her husband, compassion forced teares from his eyes, and earnestly he laboured by kinde perswasions, to alter so cruel a deliberation; making an honourable offer, for conducting her home to his owne dwelling, where shee should remaine with him in noble respect, as if she were his owne sister, without parting from him, till Fortune should smile as fairely on her, as ever she had done before.

When these gentle offers could not prevaile with her, the Gentleman left his wife in her company, saying, that he would go fetch some foode for her; and because her garments were all rent and torne, hee woulde bring her other of his wives, not doubting but to winne her thence with them. His wife abode there with Beritola, very much bemoaning her great disasters, and when both viands and garments were brought: by extremity of intercession, they caused her to put them on, and also to feede with them, albeit she protested, that shee would not part thence into any place, where any knowledge should be taken of her. In the end, they perswaded her, to go with them into Lunigiana, carrying also with her the two yong Goats and their damme, which were then in the Cave altogether, prettily playing before Beritola, to the great admiration of Conrado and his wife, as also the servants attending on them.

When the windes and weather grew favourable for them, Madam Beritola went aboard with Conrado and his wife, being followed by the two young Goates and their Damme; and because her name should bee knowne to none but Conrado, and his wife onely, shee would be stiled no otherwise, but the Goatherdesse. Merrily, yet gently blew the gale, which brought them to enter the River of Macra, where going on shore, and into their owne Castell, Beritola kept company with the wife of Conrado, but in a mourning habite, and a wayting Gentlewoman of hers, honest, humble, and very dutifull, the Goates alwayes familiarly keeping them company.

Returne wee now to the Pyrates, which at Ponzo seized on the small Barke, wherein Madam Beritola was brought thither, and carried thence away, without any sight or knowledge of her. With such other spoiles as they had taken, they shaped their course for Geneway, and there (by consent of the Patrones of the Galley) made a division of their booties. It came to passe, that (among other things) the Nurse that attended on Beritola