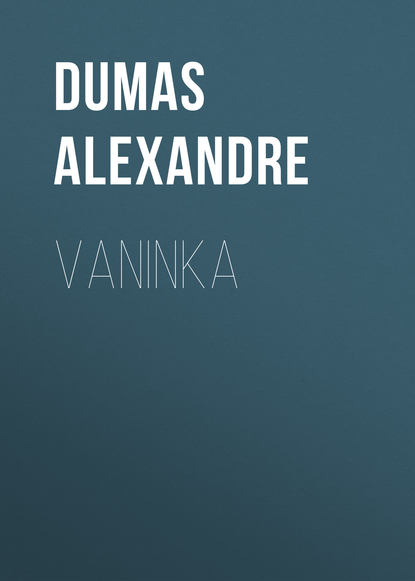 
The army to which the young officer belonged crossed Germany, descended into Italy by the Tyrolese mountains, and entered Verona on the 14th of April 1799. Souvarow immediately joined forces with General Melas, and took command of the two armies. General Chasteler next day suggested that they should reconnoitre. Souvarow, gazing at him with astonishment, replied, “I know of no other way of reconnoitring the enemy than by marching upon him and giving him battle.”

As a matter of fact Souvarow was accustomed to this expeditious sort of strategy: through it he had defeated the Turks at Folkschany and Ismailoff; and he had defeated the Poles, after a few days’ campaign, and had taken Prague in less than four hours. Catherine, out of gratitude, had sent her victorious general a wreath of oak-leaves, intertwined with precious stones, and worth six hundred thousand roubles, a heavy gold field-marshal’s baton encrusted with diamonds; and had created him a field-marshal, with the right of choosing a regiment that should bear his name from that time forward. Besides, when he returned to Russia, she gave him leave of absence, that he might take a holiday at a beautiful estate she had given him, together with the eight thousand serfs who lived upon it.

What a splendid example for Foedor! Souvarow, the son of a humble Russian officer, had been educated at the ordinary cadets’ training college, and had left it as a sub-lieutenant like himself. Why should there not be two Souvarows in the same century?

Souvarow arrived in Italy preceded by an immense reputation; religious, strenuous, unwearied, impassible, loving with the simplicity of a Tartar and fighting with the fury of a Cossack, he was just the man required to continue General Melas’s successes over the soldiers of the Republic, discouraged as they had been by the weak vacillations of Scherer.

The Austro-Russian army of one hundred thousand men was opposed by only twenty-nine or thirty thousand French. Souvarow began as usual with a thundering blow. On 20th April he appeared before Brescia, which made a vain attempt at resistance; after a cannonade of about half an hour’s duration, the Preschiera gate was forced, and the Korsakow division, of which Foedor’s regiment formed the vanguard, charged into the town, pursuing the garrison, which only consisted of twelve hundred men, and obliged them to take refuge in the citadel. Pressed with an impetuosity the French were not accustomed to find in their enemies, and seeing that the scaling ladders were already in position against the ramparts, the captain Boucret wished to come to terms; but his position was too precarious for him to obtain any conditions from his savage conquerors, and he and his soldiers were made prisoners of war.

Souvarow was experienced enough to know how best to profit by victory; hardly master of Brescia, the rapid occupation of which had discouraged our army anew, he ordered General Kray to vigorously press on the siege of Preschiera. General Kray therefore established his headquarters at Valeggio, a place situated at an equal distance between Preschiera and Mantua, and he extended from the Po to the lake of Garda, on the banks of the Mencio, thus investing the two cities at the same time.

Meanwhile the commander-in-chief had advanced, accompanied by the larger part of his forces, and had crossed the Oglio in two columns: he launched one column, under General Rosenberg, towards Bergamo, and the other, with General Melas in charge, towards the Serio, whilst a body of seven or eight thousand men, commanded by General Kaim and General Hohenzollern, were directed towards Placentia and Cremona, thus occupying the whole of the left bank of the Po, in such a manner that the Austro-Russian army advanced deploying eighty thousand men along a front of forty-five miles.

In view of the forces which were advancing, and which were three times as large as his own, Scherer beat a retreat all along the line. He destroyed the bridges over the Adda, as he did not consider that he was strong enough to hold them, and, having removed his headquarters to Milan, he awaited there the reply to a despatch which he had sent to the Directory, in which, tacitly acknowledging his incapacity, he tendered his resignation. As the arrival of his successor was delayed, and as Souvarow continued to advance, Scherer, more and more terrified by the responsibility which rested upon him, relinquished his command into the hands of his most able lieutenant. The general chosen by him was Moreau, who was again about to fight those Russians in whose ranks he was destined to die at last.

Moreau’s unexpected nomination was proclaimed amidst the acclamation of the soldiers. He had been called the French Fabius, on account of his magnificent campaign on the Rhine. He passed his whole army in review, saluted by the successive acclamations of its different divisions, which cried, “Long live Moreau! Long live the saviour of the army of Italy!” But however great this enthusiasm, it did not blind Moreau to the terrible position in which he found himself. At the risk of being out-flanked, it was necessary for him to present a parallel line to that of the Russian army, so that, in order to face his enemy, he was obliged to extend his line from Lake Lecco to Pizzighitone – that is to say, a distance of fifty miles. It is true that he might have retired towards Piedmont and concentrated his troops at Alexandria, to await there the reinforcements the Directory had promised to send him. But if he had done this, he would have compromised the safety of the army at Naples, and have abandoned it, isolated as it was, to the mercy of the enemy. He therefore resolved to defend the passage of the Adda as long as possible, in order to give the division under Dessolles, which was to be despatched to him by Massena, time to join forces with him and to defend his left, whilst Gauthier, who had received orders to evacuate Tuscany and to hasten with forced marches to his aid, should have time to arrive and protect his right. Moreau himself took the centre, and personally defended the fortified bridge of Cassano; this bridge was protected by the Ritorto Canal, and he also defended it with a great deal of artillery and an entrenched vanguard. Besides, Moreau, always as prudent as brave, took every precaution to secure a retreat, in case of disaster, towards the Apennines and the coast of Genoa. Hardly were his dispositions completed before the indefatigable Souvarow entered Triveglio. At the same time as the Russian commander-in-chief arrived at this last town, Moreau heard of the surrender of Bergamo and its castle, and on 23rd April he saw the heads of the columns of the allied army.

The same day the Russian general divided his troops into three strong columns, corresponding to the three principal points in the French line, each column numerically more than double the strength of those to whom they were opposed. The right column, led by General Wukassowich, advanced towards Lake Lecco, where General Serrurier awaited it. The left column, under the command of Melas, took up its position in front of the Cassano entrenchments; and the Austrian division, under Generals Zopf and Ott, which formed the centre, concentrated at Canonia, ready at a given moment to seize Vaprio. The Russian and Austrian troops bivouacked within cannon-shot of the French outposts.

That evening, Foedor, who with his regiment formed part of Chasteler’s division, wrote to General Tchermayloff:

“We are at last opposite the French, and a great battle must take place to-morrow morning; tomorrow evening I shall be a lieutenant or a corpse.”

Next morning, 26th April, cannon resounded at break of day from the extremities of the lines; on our left Prince Bagration’s grenadiers attacked us, on our right General Seckendorff, who had been detached from the camp of Triveglio, was marching on Crema.

These two attacks met with very different success. Bagration’s grenadiers were repulsed with terrible loss, whilst Seckendorff, on the contrary, drove the French out of Crema, and pushed forward towards the bridge of Lodi. Foedor’s predictions were falsified: his portion of the army did nothing the whole day; his regiment remained motionless, waiting for orders that did not come.