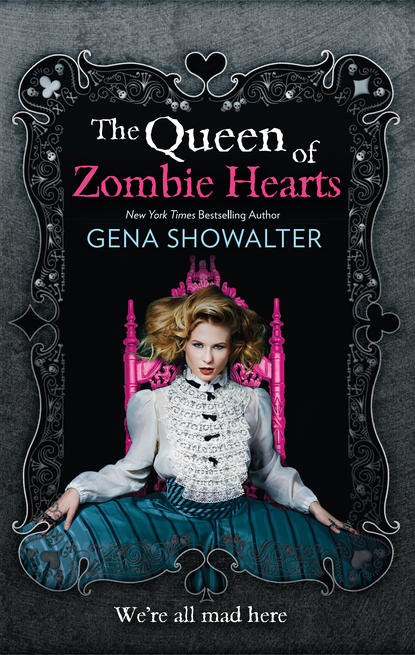 BOOK 3 OF THE WHITE RABBIT CHRONICLESAlice Bell thinks the worst is behind her. She’s fought zombies and won. Now she’s ready for a peaceful life with boyfriend Cole, the leader of the zombie slayers… until the dangerous agency controlling the undead launches an attack with devastating consequences.Humans can be more dangerous than monsters… and the worst has only just begun.They’ve started a war. Alice is determined to end it.

I have a plan.

We’ll either destroy them for good, or they’ll destroy us.

Either way, only one of us is walking away.

In the stunning conclusion to the wildly popular White Rabbit Chronicles, Alice “Ali” Bell thinks the worst is behind her. She’s ready to take the next step with boyfriend Cole Holland, the leader of the zombie slayers…until Anima Industries, the agency controlling the zombies, launches a sneak attack, killing four of her friends. It’s then she realizes that humans can be more dangerous than monsters…and the worst has only begun.

As the surviving slayers prepare for war, Ali discovers she, too, can control the zombies…and she isn’t the girl she thought she was. She’s connected to the woman responsible for killing—and turning—Cole’s mother. How can their relationship endure? As secrets come to light, and more slayers are taken or killed, Ali will fight harder than ever to bring down Anima—even sacrificing her own life for those she loves.

‘Put me down as a fan of Gena Showalter. I love her writing style and the attitude she gave Alice completely entertained me. There was never a dull moment and I loved every moment of Alice in Zombieland. I am so pleased that it lived up to my expectations.’

‘Readers will love the brave girl trying to reclaim her life…’

‘…a zippy story with crossover appeal that highlights the power of guilt, faith and self-confidence’

‘Showalter has created a promising playground for future story instalments.’

‘…the novel was original, highly addictive and entertaining. Showalter is beyond good at what she does and I highly recommend reading other books she has penned.’

is a New York Times and USA TODAY bestselling author whose teen novels have been praised as ‘unputdownable.’ Growing up, she always had her nose buried in a book. When it came time to buckle down and get a job, she knew writing was it for her. Gena lives in Oklahoma with her family and two slobbery English bulldogs. Become a fan on Facebook and visit her new White Rabbit Chronicles website at www.wrchronicles.com (http://www.wrchronicles.com).

To Mom and Dad. Just because.