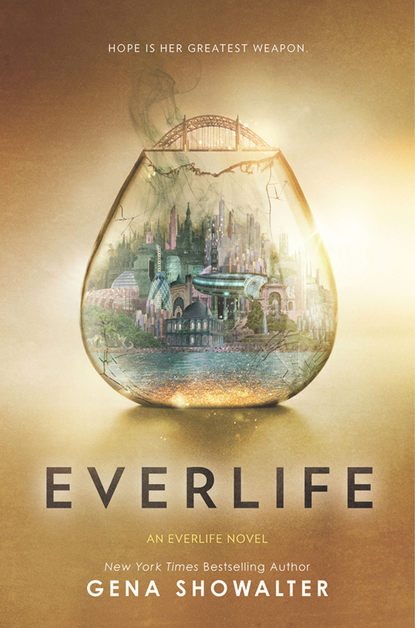 There is an eternal truth most of the world has come to accept: Firstlife is merely a dress rehearsal, and real life begins after death.In the Everlife, two realms are in power: Troika and Myriad, longtime enemies and deadly rivals. Both will do anything to recruit Ten, including sending their top Laborers to lure her to their side. Soon, Ten finds herself on the run, caught in a wild tug-of-war between the two realms who will do anything to win the right to her soul. Who can she trust? And what if the realm she's drawn to isn't where the boy she's falling for lives? She just has to stay alive long enough to make a decision…

STAND TOGETHER OR FALL ALONE.

THE FATE OF THE EVERLIFE HANGS IN THE BALANCE.

At seventeen years old, Tenley “Ten” Lockwood had to make the ultimate choice—where to live after she died. Loyalty to her selected realm has not wavered...until now. The numbers-obsessed Conduit is out of time. Sacrifices must be made, and a terrible price must be paid. But is she too late?

As the Everlife descends into darkness, a single truth becomes clear: Troika and Myriad must unite at long last—or perish. In order to bring sworn enemies together, Ten must enter forbidden territory...and destroy the powerful Prince of Ravens. But there’s only one way inside—bonding with Killian Flynn, a deadly rival Laborer who sets her blood aflame.

When nothing goes as planned and betrayal leads to the edge of utter defeat, Ten and Killian will have to rebuild trust from the ashes of their hearts. Victory seems impossible, the odds stacked against them. In the end, how far will they be willing to go for the sake of their realms and the Everlife?

GENA SHOWALTER is a New York Times and USA TODAY bestselling author whose teen titles have been praised as “unputdownable.” Growing up, she always had her nose buried in a book. When it came time to buckle down and get a job, she knew writing was it for her. Gena lives in Oklahoma with her family and a menagerie of dogs. Become a fan on Facebook (https://www.facebook.com/genashowalterfans/) and visit her website at genashowalter.com (http://www.genashowalter.com).

Through the Zombie Glass

The Queen of Zombie Hearts

An imprint of HarperCollins Publishers Ltd.

First published in Great Britain by HQ in 2018

Gena Showalter asserts the moral right to be identified as the author of this work.

“Lifeblood ramps up the action ‘Ten’fold—don’t miss this exhilarating sequel to Firstlife!”

“Showalter’s writing is stunning. Her narrative engulfs readers so deeply into her story that they’ll be in danger of forgetting the world around them.”

“Utterly unique and absolutely riveting—I couldn’t put it down!”

“Firstlife illuminates the depths of human resilience and the power of love, even in the darkest hours.”

“Raw, edgy and dark, Firstlife will leave you craving more.”