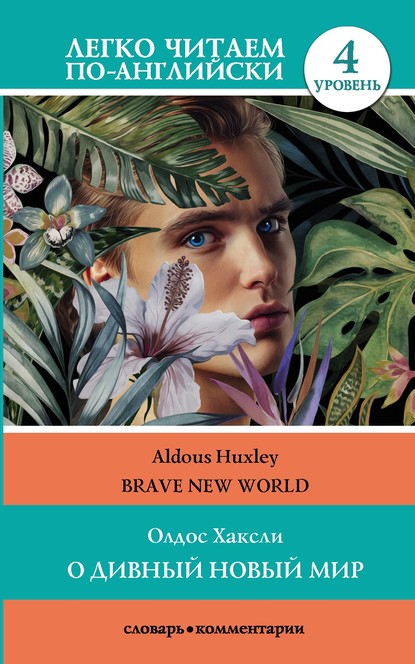 A grey building of only thirty-four stories. Over the main entrance the words, CENTRAL LONDON HATCHERY AND CONDITIONING CENTRE, and, in a shield, the World State’s motto, COMMUNITY, IDENTITY, STABILITY.

The enormous room on the ground floor faced towards the north. A harsh thin light glared through the windows. The overalls of the workers were white, their hands gloved with a pale corpse-coloured rubber. The light was frozen, dead, a ghost. The only colourful things were the yellow barrels of the microscopes; streak after luscious streak in long recession down the work tables.

“And this,” said the Director opening the door, “is the Fertilizing Room.”

Bent over their instruments, three hundred Fertilizers were plunged, as the Director of Hatcheries and Conditioning entered the room, in the scarcely breathing silence. A few newly arrived students, very young and callow, followed nervously at the Director’s heels. Each of them carried a notebook. The D. H. C. for Central London always made a point of personally conducting his new students round the various departments.

“Tomorrow,” he would add, smiling at them in a slightly menacing way, “you’ll be settling down to serious work. You won’t have time for generalities. Meanwhile…”

Meanwhile, it was a privilege. The boys scribbled like mad.

The Director advanced into the room. Tall and rather thin, he had a long chin and big rather prominent teeth. Old, young? Thirty? Fifty? Fifty-five? It was hard to say. And in this year of stability, A.F.632, it didn’t occur to you to ask this question anyway.

“I shall begin at the beginning,” said the D.H.C. “These are the incubators.” And opening an insulated door he showed them racks upon racks of numbered test-tubes. “The week’s supply of ova. Kept at blood heat[1 - Kept at blood heat – поддерживаемые при температуре крови (=37 °C)]. The male gametes,” and here he opened another door, “they have to be kept at thirty-five instead of thirty-seven. Full blood heat sterilizes.”

He gave them a brief description of the modern fertilizing process; spoke first, of course, of its surgical introduction; continued with the technique for preserving the ovary alive and actively developing; referred to the liquor in which the eggs were kept; and, leading the students to the work tables, actually showed them how this liquor was drawn off from the test-tubes and was let out drop by drop onto the specially warmed slides of the microscopes; how the eggs which it contained were inspected for abnormalities, counted and transferred to a porous receptacle; how this receptacle was immersed in a warm solution containing free-swimming spermatozoa; and how, after ten minutes, the container was lifted out of the liquor; where the Alphas and Betas remained until definitely bottled; while the Gammas, Deltas and Epsilons were brought out again, after only thirty-six hours, to undergo Bokanovsky’s Process[2 - Bokanovsky’s Process – метод Бокановского].

“Bokanovsky’s Process,” repeated the Director, and the students underlined the words in their little notebooks.

“Essentially,” the D.H.C. concluded, “the process consists of a series of arrests of development[4 - arrest of development – замедление развития].”

He pointed. On a very slowly moving band a rack-full of test-tubes was entering a large metal box, and another rack-full was emerging. It took eight minutes for the tubes to go through, he told them. Eight minutes of hard X-rays. A few eggs died. The rest were returned to the incubators, where they began to develop. In the end, one egg was on its way to becoming anything from eight to ninety-six embryos-an improvement on nature. Identical twins-but not in twos and threes as in the old days, when an egg would sometimes accidentally divide, but in dozens at a time.

One of the students was fool enough to ask where the advantage was.

“My good boy! Can’t you see? Can’t you see?” He raised a hand; his expression was solemn. “Bokanovsky’s Process is one of the major instruments of social stability!”

Standard men and women; in uniform batches. The whole of a small factory staffed with the products of a single bokanovskified egg.

“Ninety-six identical twins working ninety-six identical machines!” The director’s voice was very enthusiastic. “You really know where you are. For the first time in history. ‘Community, Identity, Stability.’ If we could bokanovskify[5 - bokanovskify – бокановскизировать] indefinitely the whole problem would be solved.”

“But, alas,” the Director shook his head, “we can’t bokanovskify indefinitely.”

Ninety-six seemed to be the limit; seventy-two a good average. From the same ovary and with gametes of the same male that was the best that they could do. And even that was difficult.

“In nature it takes thirty years for two hundred eggs to reach maturity. But our business is to stabilize the population at this moment, here and now. Producing twins for over a quarter of a century-what would be the use of that?”

Obviously, no use at all.

“And in exceptional cases we can make one ovary help produce over fifteen thousand adult individuals.”

Beckoning to a fair-haired young man who happened to be passing at the moment. “Mr. Foster,” he called. The ruddy young man approached. “Can you tell us the record for a single ovary, Mr. Foster?”

“Sixteen thousand and twelve in this Centre,” Mr. Foster replied without hesitation. “Singapore has often produced over sixteen thousand five hundred; and Mombasa has reached the seventeen thousand mark once. Still, we mean to beat them if we can. I’m working on a wonderful Delta-Minus ovary at this moment. Going strong. We’ll beat them yet.”

“That’s the spirit I like!” cried the Director, and clapped Mr. Foster on the shoulder. “Come along with us, and tell these boys more.”

The Bottling Room was bustling with ordered activity. Pieces of fresh peritoneum ready to be cut came up in little lifts from the Organ Store in the sub-basement. Once the lift-hatches flew open the Bottle-Liner had only to reach out, take the flap, insert, smooth down, and then another flap of peritoneum appeared, ready to be slipped into yet another bottle.

One by one the eggs were transferred from their test-tubes to the larger containers. Then the peritoneal lining was slit, the morula dropped into place, the saline solution poured in. Then it was the turn of the labellers. Heredity, date of fertilization, membership of Bokanovsky Group-details were transferred from test-tube to bottle. Then the bottles travelled further to the Social Predestination Room.

“Containing all the relevant information,” added the Director. “On the basis of which they make their calculations.”

“So many individuals, of such and such quality,” said Mr. Foster.

“The Predestinators send in their figures to the Fertilizers.”

“Who give them the embryos they ask for.”

“And the bottles come in here to be predestined in detail.”

“After which they are sent down to the Embryo Store.”

“Where we now proceed ourselves.”

And opening a door Mr. Foster led the way down a staircase into the basement.