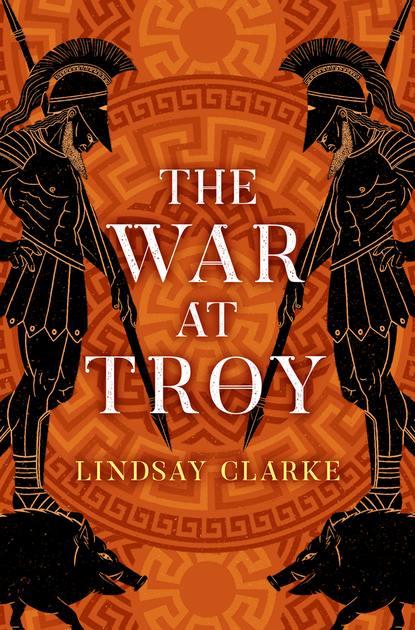 Lindsay Clarke
The War at Troy

The War at Troy
Lindsay Clarke

PART TWO OF THE TROY QUARTET Bringing ancient myth to life with passion, humour, and humanity, Lindsay Clarke vividly retells the story of Troy and of the heroes who fought there. Enraged by the betrayal of Helen and Paris, Menelaus and his brother, the High King Agamemnon, gather their allies and set out to conquer the city of Troy. Aboard their ships and behind the city’s walls are figures whose names and deeds echo through history – the wily strategist Odysseus, the Trojan champion Hector, and the fiercely proud, impetuous warrior Achilles. ‘An engaging retelling of the whole story, neatly blending mythic archaism with modern psychodrama and satire’ Mary Beard 1 – A PRINCE OF TROY2 – THE WAR AT TROY3 – THE SPOILS OF TROY4 – THE RETURN FROM TROY

THE WAR AT TROY

The Years of the Snake

The Altar at Aulis

The Wrath of Achilles

A Duel in the Rain

An Offer of Peace

The Price of Honour

The Gods at War

Murder at the Shrine

A Horse for Athena

The tale has already been told of how, in service of Aphrodite and of the impetuous passion of his heart, Prince Paris of Troy voyaged to Sparta more than half a century ago. No voyage before or since that time has ever proved more disastrous in its consequences, for it was there, in breach of all claims of friendship and the laws of hospitality, that Paris won the love of the lady Helen and persuaded her to abandon for his sake both her devoted husband, Menelaus, and her daughter, Hermione. It is my task now to relate what befell all the lands and peoples of both Argos and Troy in the turbulent wake of that fateful voyage.

The scroll on which I write was one of a number which my friend Telemachus brought back for me as a gift when he too made a voyage to Sparta, seeking news of his father Odysseus many years after the fall of Troy. Even as those scrolls lay untouched across the decades since then, I Phemius, bard of Ithaca, knew that one day they were destined to contain my chronicles of Odysseus. For that reason they have always been among my most treasured possessions. The scroll on which I now write will tell as truthfully as I can the tales of triumph and defeat, of glory, suffering and grief, which together make up the tragic history of the war that Lord Odysseus and his comrades fought at Troy.