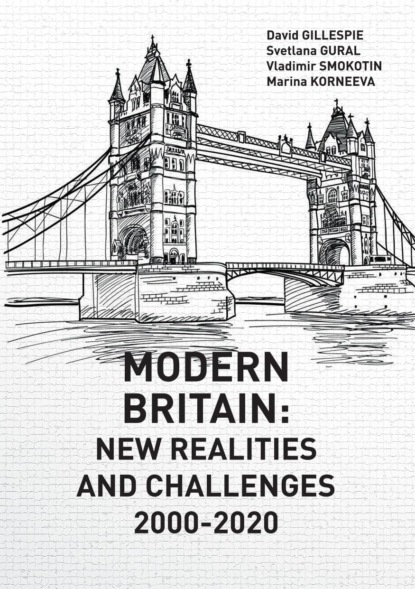 This textbook presents authentic English-language materials covering the major incidents and facts in British society since 2000. We begin with several important events that have had a lasting impact on the evolution of the British state, such as the Magna Carta, the creation of Parliament, and the establishment and expansion of the British Empire, and the retreat from it.
Subsequent chapters provide discussion materials on contemporary topical issues, such as the 2016 referendum on the UK’s withdrawal from the European Union (‘Brexit’), political and social history since 1945, and the 2020 coronavirus pandemic, with its heavy toll on human life and the reputation of the British political establishment.
The book ends with a text speculating on the United Kingdom as viewed from a foreign perspective as a failed state that has succumbed to nationalism, social division and consequent economic decline. The book includes extensive background notes and suggestions for group and individual study. This textbook is intended for students in higher educational institutions studying English language, life and society, and for the general reader interested in modern Britain.