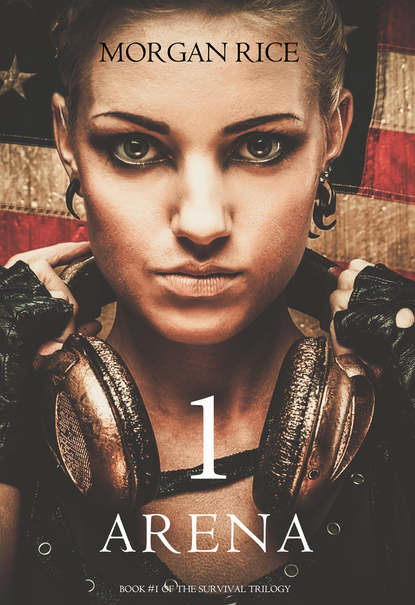 “From Morgan Rice, #1 Bestselling author of THE VAMPIRE JOURNALS, comes a new trilogy of dystopian fiction.
New York. 2120. American has been decimated, wiped out from the second Civil War. In this post-apocalyptic world, survivors are far and few between. And most of those who do survive are members of the violent gangs, predators who live in the big cities. They patrol the countryside looking for slaves, for fresh victims to bring back into the city for their favorite death sport: Arena One. The death stadium where opponents are made to fight to the death, in the most barbaric of ways. There is only one rule to the arena: no one survives. Ever.
Deep in the wilderness, high up in the Catskill Mountains, 17 year old Brooke Moore manages to survive, hiding out with her younger sister, Bree. They are careful to avoid the gangs of slaverunners who patrol the countryside. But one day, Brooke is not as careful as she can be, and Bree is captured. The slaverunners take her away, heading to the city, and to what will be a certain death.
Brooke, a Marine's daughter, was raised to be tough, to never back down from a fight. When her sister is taken, Brooke mobilizes, uses everything at her disposal to chase down the slaverunners and get her sister back. Along the way she runs into Ben, 17, another survivor like her, whose brother was taken. Together, they team up on their rescue mission.
What follows is a post-apocalyptic, action-packed thriller, as the two of them pursue the slaverunners on the most dangerous ride of their lives, following them deep into the heart of New York. Along the way, if they are to survive, they will have to make some of the hardest choices and sacrifices of their lives, encountering obstacles neither of them had expected – including their unexpected feelings for each other. Will they rescue their siblings? Will they make it back? And will they, themselves, have to fight in the arena?