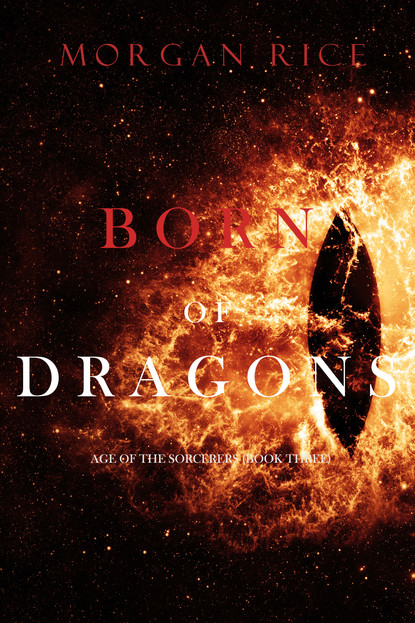 “Has all the ingredients for an instant success: plots, counterplots, mystery, valiant knights, and blossoming relationships replete with broken hearts, deception and betrayal. It will keep you entertained for hours, and will satisfy all ages. Recommended for the permanent library of all fantasy readers.”
–Books and Movie Reviews, Roberto Mattos (re The Sorcerer’s Ring)


“The beginnings of something remarkable are there.”
–San Francisco Book Review (re A Quest of Heroes)


From #1 bestseller Morgan Rice, author of A Quest of Heroes (over 1,300 five star reviews) comes a startlingly new fantasy series.


In BORN OF DRAGONS (Age of the Sorcerers—Book Three) Lenore is safely returned to the North—but not without a price. Her bother Rodry is dead and her father, King Godwin, lies in a coma. With the rulership of the North in question, her treacherous brother Vars may just find an opening to rule.


But Vars is a coward, and King Ravin, smarting from defeat, mobilizes the entire South to invade. The northern capital, never defeated, lies protected by tides and canals—but Ravin can happily lose scores of men.


The most epic battle, it seems, is yet to come.


Devin must quest to learn his true identity and forge the Unfinished Sword—yet he is distracted, realizing he has fallen in love with Lenore. Lenore, though, is stuck in a hateful marriage, one which may endanger her very life.


Renard, with his brazen act of theft, is on the run from the Hooded Folk, all of them anxious to retrieve the amulet that can control dragons.


And Nerra wakes to find herself transformed into something else—something beautiful, monstrous, powerful and unknowable. Will she be the one to lead the dragon race?


AGE OF THE SORCERERS weaves an epic sage of love, of passion, of sibling rivalry; of rogues and hidden treasure; of monks and warriors; of honor and glory, and of betrayal, fate and destiny. It is a tale you will not put down until the early hours, one that will transport you to another world and have you fall in in love with characters you will never forget. It appeals to all ages and genders.


Book #4 will be available soon.


“A spirited fantasy ….Only the beginning of what promises to be an epic young adult series.”
–Midwest Book Review (re A Quest of Heroes)


“Action-packed …. Rice's writing is solid and the premise intriguing.”
–Publishers Weekly (re A Quest of Heroes)