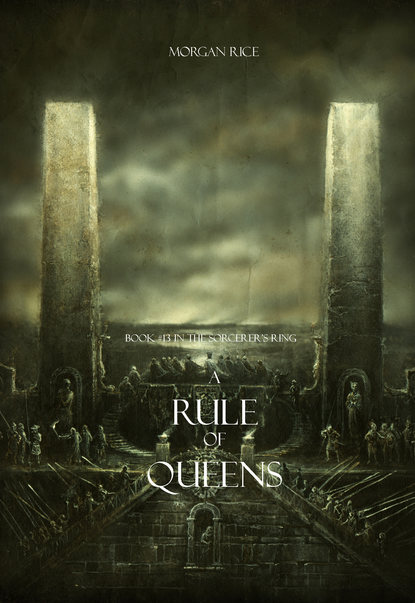 A Rule of Queens

In A RULE OF QUEENS, Gwendolyn leads the remains of her nation in exile, as they sail into the hostile harbors of the Empire. Taken in by Sandara’s people, they try to recover in hiding, to build a new home in the shadows of Volusia.
Thor, determined to rescue Guwayne, continues with his Legion brothers on his quest far across the sea, to the massive caves that herald the Land of the Spirits, encountering unthinkable monsters and exotic landscapes.
In the Southern Isles, Alistair sacrifices herself for Erec – and yet an unexpected twist might just save them both.
Darius risks it all to save the love of his life, Loti, even if he must face the Empire alone. But his conflict with the Empire, he will find, is just beginning. And Volusia continues her rise, after her assassination of Romulus, to consolidate her hold on the Empire and become the ruthless queen she was meant to be.
Will Gwen and her people survive? Will Guwayne be found? Will Alistair and Erec live? Will Darius rescue Loti? Will Thorgrin and his brothers survive?
With its sophisticated world-building and characterization, A RULE OF QUEENS is an epic tale of friends and lovers, of rivals and suitors, of knights and dragons, of intrigues and political machinations, of coming of age, of broken hearts, of deception, ambition and betrayal. It is a tale of honor and courage, of fate and destiny, of sorcery. It is a fantasy that brings us into a world we will never forget, and which will appeal to all ages and genders.