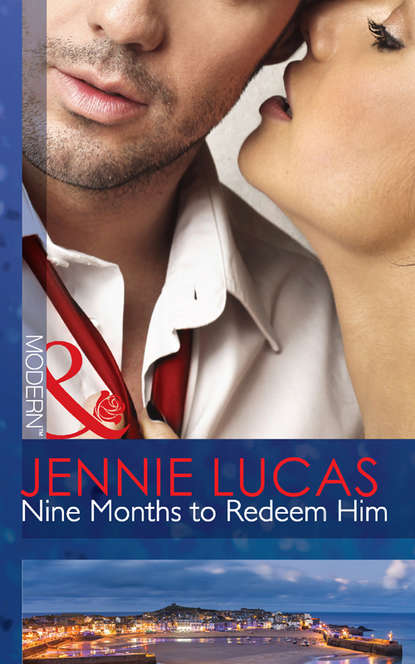 Nine Months to Redeem Him

'This is all I can give you,' he said. 'Do you agree?''Yes…' I whispered, my lips brushing against his.I hardly knew what I was saying. I could think of nothing other than the darkly powerful Edward St Cyr. I was too lost in the moment—lost in pleasure that made the world a million colours of twisting light.I gave him my body—which he wanted—and my heart—which he didn’t. Had I just made the biggest mistake of my life?Maybe when he knows about our baby it will heal his wounded heart so he can love us both…The One Night with Consequences SeriesWhen succumbing to a night of unbridled desire it’s impossible to think past the morning after! But, with the sheets barely settled, that little blue line appears on the pregnancy test and it doesn’t take long to realise that one night of white-hot passion has turned into a lifetime of consequences!Other books in the One Night with Consequences series:Nine Months to Redeem Him by Jennie LucasPrince Nadir’s Secret Heir by Michelle ConderCarrying the Greek’s Heir by Sharon KendrickMore stories in the One Night with Consequences series can be found at www.millsandboon.co.ukPraise for Jennie LucasNine Months to Redeem Him 4.5* TOP PICK RT Book ReviewLucas’ precise, rhythmic narrative sets the mood and keeps the flow in this gothic heartbreaker. Her brooding, cold-hearted hero and innocent, nurturing heroine are perfectly matched, and the over-the-top settings complement the tale. But it’s the couple’s battle of wills that sets the novel on fire.Uncovering Her Nine Month Secret 4* RT Book ReviewLucas’ second-chance romance stars a smug, arrogant aristocrat and an orphaned, confounded heroine. The first-person storytelling gives an intimate air, the settings add detail and the costars add depth.The Sheikh’s Last Seduction 4.5* TOP PICK RT Book ReviewSet equally between historic Italy and a shiny modern Persian Gulf metropolis, Lucas builds her intricate, affecting romance with ribald humor, intense emotions, enticing narrative and endearing characters. Her righteous heroine and obligated hero are unrivaled, and their love scenes are sensual yet innocent.Praise for Nine Months to Redeem Him:“I loved Edward from the moment we were introduced, he's so blunt but also quite amusing. the chemistry between him and Diana is epic right from the get go you can see the banter bouncing , they have both been hurt by love, both love a challenge and refuse to back down” – Lisa Fallon, NetGalley reviewer