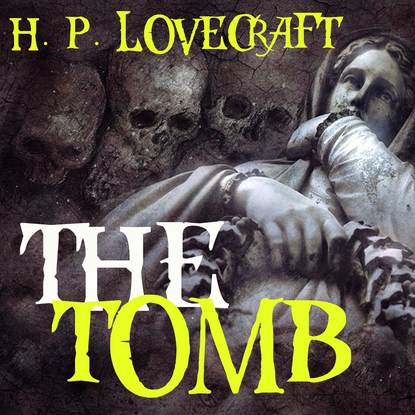 "The Tomb" is a fictional short story by American writer H. P. Lovecraft, written in June 1917 and first published in the March 1922 issue of The Vagrant. It tells the story of Jervas Dudley, who becomes obsessed with a mausoleum near his childhood home.
"The Tomb" tells of Jervas Dudley, a confessed daydreamer. While still a child, he discovers the padlocked entrance to a mausoleum belonging to the Hyde family, whose nearby mansion had burnt down many years previously. Jervas attempts to break the padlock, but is unable. Dispirited, he takes to sleeping beside the tomb. Eventually, inspired by reading Plutarch's Lives, Dudley decides to patiently wait until it is his time to gain entrance to the tomb.
One night, several years later, Jervas falls asleep once more beside the mausoleum. He awakes suddenly in the late afternoon, and fancies that as he awoke, a light had been hurriedly extinguished inside the tomb. Jervas then returns to his home, where he goes directly to the attic, to a rotten chest, and therein finds the key to the tomb. Once inside the tomb, Jervas discovers an empty coffin with the name «Jervas» inscribed upon the plate. He begins to sleep in the empty coffin each night, yet those who witness him sleeping see him asleep outside the tomb, not inside as Jervas believes. Jervas also develops a fear of thunder and fire, and is aware that he is being spied upon by one of his neighbours.
Famous works of the author Howard Phillips Lovecraft: At the Mountains of Madness, The Dreams in the Witch House, The Horror at Red Hook, The Shadow Out of Time, The Shadows over Innsmouth, The Alchemist, Reanimator, Ex Oblivione, Azathoth, The Call of Cthulhu, The Cats of Ulthar, The Outsider, The Picture in the House, The Shunned House, The Terrible Old Man, The Tomb, Dagon, What the Moon Brings.