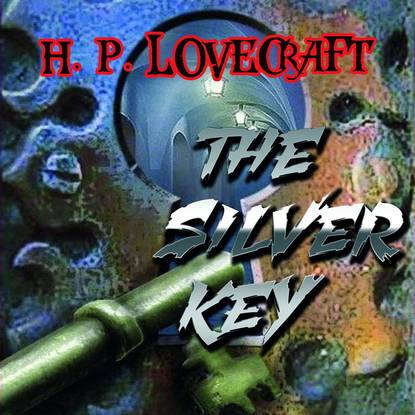 "The Silver Key" is a fantasy short story by American writer H. P. Lovecraft. Written in 1926, it is considered part of his Dreamlands series. It was first published in the January 1929 issue of Weird Tales. It is a continuation of «The Dream-Quest of Unknown Kadath», and was followed by a sequel, «Through the Gates of the Silver Key», co-written with E. Hoffmann Price. The story and its sequel both feature Lovecraft's recurring character of Randolph Carter as the protagonist.
Randolph Carter discovers, at the age of 30, that he has gradually «lost the key to the gate of dreams.» Randolph once believed life is made up of nothing but pictures in memory, whether they be from real life or dreams. He highly prefers his romantic nightly dreams of fantastic places and beings to the «prosiness of life». He believes his dreams to reveal truths missing from man's waking ideas, regarding the purpose of humans and the universe, primary among these being the truth of beauty as perceived and invented by humans in times past.
As he ages, though, he finds that his daily waking exposure to the more «practical», scientific ideas of man has eroded his ability to dream as he once did and has made him, regretfully, subscribe more and more to the mundane beliefs of everyday, waking «real life». But, still not certain which is truer, he sets out to determine whether the waking ideas of man are superior to his dreams, and in the process, he passes through several unsatisfying philosophical stances. Discouraged, he eventually withdraws from these lines of inquiry, and goes into seclusion.
Famous works of the author Howard Phillips Lovecraft: At the Mountains of Madness, The Dreams in the Witch House, The Horror at Red Hook, The Shadow Out of Time, The Shadows over Innsmouth, The Alchemist, Reanimator, Ex Oblivione, Azathoth, The Call of Cthulhu, The Cats of Ulthar, The Festival, The Silver Key, The Outsider, The Temple, The Picture in the House, The Shunned House, The Terrible Old Man, The Tomb, Dagon, What the Moon Brings.