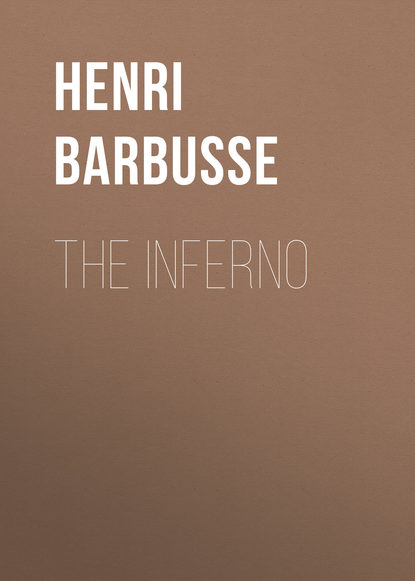 In introducing M. Barbusse's most important book to a public already familiar with "Under Fire," it seems well to point out the relation of the author's philosophy to his own time, and the kinship of his art to that of certain other contemporary French and English novelists.

"L'Enfer" has been more widely read and discussed in France than any other realistic study since the days of Zola. The French sales of the volume, in 1917 alone, exceeded a hundred thousand copies, a popularity all the more remarkable from the fact that its appeal is based as much on its philosophical substance as on the story which it tells.

Although M. Barbusse is one of the most distinguished contemporary French writers of short stories, he has found in the novel form the most fitting literary medium for the expression of his philosophy, and it is to realism rather than romanticism that he turns for the exposition of his special imaginative point of view. And yet this statement seems to need some qualification. In his introduction to "Pointed Roofs," by Dorothy Richardson, Mr. J.D. Beresford points out that a new objective literary method is becoming general in which the writer's strict detachment from his objective subject matter is united to a tendency, impersonal, to be sure, to immerse himself in the life surrounding his characters. Miss May Sinclair points out that writers are beginning to take the complete plunge for the first time, and instances as examples, not only the novels of Dorothy Richardson, but those of James Joyce.

Now it is perfectly true that Miss Richardson and Mr. Joyce have introduced this method into English fiction, and that Mr. Frank Swinnerton has carried the method a step further in another direction, but before these writers there was a precedent in France for this method, of which perhaps the two chief exemplars were Jules Romains and Henri Barbusse. Although the two writers have little else in common, both are intensely conscious of the tremendous, if imponderable, impact of elemental and universal forces upon personality, of the profound modifications which natural and social environment unconsciously impress upon the individual life, and of the continual interaction of forces by which the course of life is changed more fundamentally than by less imperceptible influences. Both M. Romains and M. Barbusse perceive, as the fundamental factor influencing human life, the contraction and expansion of physical and spiritual relationship, the inevitable ebb and flow perceived by the poet who pointed out that we cannot touch a flower without troubling of a star.

M. Romains has found his literary medium in what he calls unanimism. While M. Barbusse would not claim to belong to the same school, and in fact would appear on the surface to be at the opposite pole of life in his philosophy, we shall find that his detachment, founded, though it is, upon solitude, takes essentially the same account of outside forces as the philosophy of M. Romains.

He perceives that each man is an island of illimitable forces apart from his fellows, passionately eager to live his own life to the last degree of self-fulfilment, but continually thwarted by nature and by other men and women, until death interposes and sets the seal of oblivion upon all that he has dreamed and sought.

And he has set himself the task of disengaging, as far as possible, the purpose and hope of human life, of endeavouring to discover what promise exists for the future and how this promise can be related to the present, of marking the relationship between eternity and time, and discovering, through the tragedies of birth, love, marriage, illness and death, the ultimate possibility of human development and fulfilment.

"The Inferno" is therefore a tragic book. But I think that the attentive reader will find that the destructive criticism of M. Barbusse, in so far as it is possible for him to agree with it, only clears away the dead undergrowth which obscures the author's passionate hope and belief in the future.

Although the action of this story is spiritual as well as physical, and occupies less than a month of time, it is focussed intensely upon reality. Everything that the author permits us to see and understand is seen through a single point of life—a hole pierced in the wall between two rooms of a grey Paris boarding house. The time is most often twilight, with its romantic penumbra, darkening into the obscurity of night by imperceptible degrees.

M. Barbusse has conceived the idea of making a man perceive the whole spiritual tragedy of life through a cranny in the wall, and there is a fine symbolism in this, as if he were vouchsafing us the opportunity to perceive eternal things through the tiny crack which is all that is revealed to us of infinity, so that the gates of Horn, darkened by our human blindness, scarcely swing open before they close again.

The hero of this story has been dazzled by the flaming ramparts of the world, so that eternity is only revealed to him in fiery glimpses that shrivel him, and he is left in the dark void of time, clinging to a dream which already begins to fail him.

And the significant thing about this book is that the final revelation comes to him through the human voices of those who have suffered much, because they have loved much, after his own daring intellectual flights have failed him.

So this man who has confronted the greatest realities of life, enabled to view them with the same objective detachment with which God sees them, though without the divine knowledge which transmutes their darkness, comes to learn that we carry all heaven and hell within ourselves, and with a relentless insight, almost Lucretian in its desperate intensity, he cries: "We are divinely alone, the heavens have fallen on our heads." And he adds: "Here they will pass again, day after day, year after year, all the prisoners of rooms will pass in their kind of eternity. In the twilight when everything fades, they will sit down near the light, in the room full of haloes; they will drag themselves to the window's void. Their mouths will join and they will grow tender. They will exchange a first or a last useless glance. They will open their arms, they will caress each other. They will love life and be afraid to disappear….

"I have heard the annunciation of whatever finer things are to come. Through me has passed, without staying me in my course, the Word which does not lie, and which said over again, will satisfy."

Truly a great and pitiless book, but there is a cleansing wind running through it, which sweeps away life's illusions, and leaves a new hope for the future in our hearts.

The landlady, Madame Lemercier, left me alone in my room, after a short speech impressing upon me all the material and moral advantages of the Lemercier boarding-house.

I stopped in front of the glass, in the middle of the room in which I was going to live for a while. I looked round the room and then at myself.

The room was grey and had a dusty smell. I saw two chairs, one of which held my valise, two narrow-backed armchairs with smeary upholstery, a table with a piece of green felt set into the top, and an oriental carpet with an arabesque pattern that fairly leaped to the eye.

This particular room I had never seen before, but, oh, how familiar it all was—that bed of imitation mahogany, that frigid toilet table, that inevitable arrangement of the furniture, that emptiness within those four walls.

The room was worn with use, as if an infinite number of people had occupied it. The carpet was frayed from the door to the window—a path trodden by a host of feet from day to day. The moulding, which I could reach with my hands, was out of line and cracked, and the marble mantelpiece had lost its sharp edges. Human contact wears things out with disheartening slowness.

Things tarnish, too. Little by little, the ceiling had darkened like a stormy sky. The places on the whitish woodwork and the pink wallpaper that had been touched oftenest had become smudgy—the edge of the door, the paint around the lock of the closet and the wall alongside the window where one pulls the curtain cords. A whole world of human beings had passed here like smoke, leaving nothing white but the window.

I had been travelling since morning. Hurry, formalities, baggage, the train, the whiff of different towns.

I fell into one of the armchairs. Everything became quieter and more peaceful.

My coming from the country to stay in Paris for good marked an epoch in my life. I had found a situation here in a bank. My days were to change. It was because of this change that I got away from my usual thoughts and turned to thoughts of myself.

I was thirty years old. I had lost my father and mother eighteen or twenty years before, so long ago that the event was now insignificant. I was unmarried. I had no children and shall have none. There are moments when this troubles me, when I reflect that with me a line will end which has lasted since the beginning of humanity.

Was I happy? Yes, I had nothing to mourn or regret, I had no complicated desires. Therefore, I was happy. I remembered that since my childhood I had had spiritual illuminations, mystical emotions, a morbid fondness for shutting myself up face to face with my past. I had attributed exceptional importance to myself and had come to think that I was more than other people. But this had gradually become submerged in the positive nothingness of every day.

There I was now in that room.

I leaned forward in my armchair to be nearer the glass, and I examined myself carefully.

Rather short, with an air of reserve (although there are times when I let myself go); quite correctly dressed; nothing to criticise and nothing striking about my appearance.

I looked close at my eyes. They are green, though, oddly enough, people usually take them for black.

I believed in many things in a confused sort of way, above all, in the existence of God, if not in the dogmas of religion. However, I thought, these last had advantages for poor people and for women, who have less intellect than men.

As for philosophical discussions, I thought they are absolutely useless. You cannot demonstrate or verify anything. What was truth, anyway?

If everyone were like me, all would be well.

It was already late. I was not going to do anything. I remained seated there, at the end of the day, opposite the looking-glass. In the setting of the room that the twilight began to invade, I saw the outline of my forehead, the oval of my face, and, under my blinking eyelids, the gaze by which I enter into myself as into a tomb.

My tiredness, the gloominess (I heard rain outside), the darkness that intensified my solitude and made me look larger, and then something else, I knew not what, made me sad. It bored me to be sad. I shook myself. What was the matter? Nothing. Only myself.

I have not always been alone in life as I was that evening. Love for me had taken on the form and the being of my little Josette. We had met long before, in the rear of the millinery shop in which she worked at Tours. She had smiled at me with singular persistence, and I caught her head in my hands, kissed her on the lips—and found out suddenly that I loved her.

We discovered each other in the holidays. The days when we shall see each other again before we die—we could count them—if we dared.