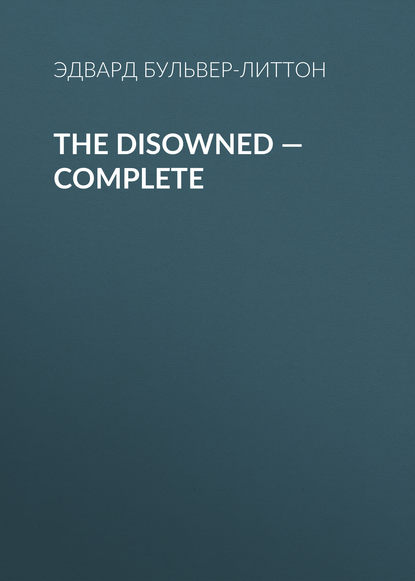 I’ll tell you a story if you please to attend.

It was the evening of a soft, warm day in the May of 17—. The sun had already set, and the twilight was gathering slowly over the large, still masses of wood which lay on either side of one of those green lanes so peculiar to England. Here and there, the outline of the trees irregularly shrunk back from the road, leaving broad patches of waste land covered with fern and the yellow blossoms of the dwarf furze, and at more distant intervals thick clusters of rushes, from which came the small hum of gnats,—those “evening revellers” alternately rising and sinking in the customary manner of their unknown sports,—till, as the shadows grew darker and darker, their thin and airy shapes were no longer distinguishable, and no solitary token of life or motion broke the voiceless monotony of the surrounding woods.

The first sound which invaded the silence came from the light, quick footsteps of a person whose youth betrayed itself in its elastic and unmeasured tread, and in the gay, free carol which broke out by fits and starts upon the gentle stillness of the evening.

There was something rather indicative of poetical taste than musical science in the selection of this vesper hymn, which always commenced with,—

and never proceeded a syllable further than the end of the second line,—

“when birds are about and singing;”

from the last word of which, after a brief pause, it invariably started forth into joyous “iteration.”

Presently a heavier, yet still more rapid, step than that of the youth was heard behind; and, as it overtook the latter, a loud, clear, good-humoured voice gave the salutation of the evening. The tone in which this courtesy was returned was frank, distinct, and peculiarly harmonious.

“To W——, sir?” said the man, touching his hat, as he perceived, in spite of the dusk, something in the air and voice of his new acquaintance which called for a greater degree of respect than he was at first disposed to accord to a pedestrian traveller,—“to W——, sir? why, you will not surely go there to-night? it is more than eight miles distant, and the roads none of the best.”

“Now, a curse on all rogues!” quoth the youth, with a serious sort of vivacity. “Why, the miller at the foot of the hill assured me I should be at my journey’s end in less than an hour.”

“He may have said right, sir,” returned the man, “yet you will not reach W—— in twice that time.”

“How do you mean?” said the younger stranger.

“Why, that you may for once force a miller to speak truth in spite of himself, and make a public-house, about three miles hence, the end of your day’s journey.”

“Thank you for the hint,” said the youth. “Does the house you speak of lie on the road-side?”

“No, sir: the lane branches off about two miles hence, and you must then turn to the right; but till then our way is the same, and if you would not prefer your own company to mine we can trudge on together.”

“With all my heart,” rejoined the younger stranger; “and not the less willingly from the brisk pace you walk. I thought I had few equals in pedestrianism; but it should not be for a small wager that I would undertake to keep up with you.”

“Perhaps, sir,” said the man, laughing, “I’ll have had in the course of my life a better usage and a longer experience of my heels than you have.”

Somewhat startled by a speech of so equivocal a meaning, the youth, for the first time, turned round to examine, as well as the increasing darkness would permit, the size and appearance of his companion. He was not perhaps too well satisfied with his survey. His fellow pedestrian was about six feet high, and of a corresponding girth of limb and frame, which would have made him fearful odds in any encounter where bodily strength was the best means of conquest. Notwithstanding the mildness of the weather, he was closely buttoned in a rough great-coat, which was well calculated to give all due effect to the athletic proportions of the wearer.

There was a pause of some moments.

“This is but a wild, savage sort of scene for England, sir, in this day of new-fashioned ploughs and farming improvements,” said the tall stranger, looking round at the ragged wastes and grim woods, which lay steeped in the shade beside and before them.

“True,” answered the youth; “and in a few years agricultural innovation will scarcely leave, even in these wastes, a single furze-blossom for the bee or a tuft of green-sward for the grasshopper; but, however unpleasant the change may be for us foot-travellers, we must not repine at what they tell us is so sure a witness of the prosperity of the country.”

“They tell us! who tell us?” exclaimed the stranger, with great vivacity. “Is it the puny and spiritless artisan, or the debased and crippled slave of the counter and the till, or the sallow speculator on morals, who would mete us out our liberty, our happiness, our very feelings by the yard and inch and fraction? No, no, let them follow what the books and precepts of their own wisdom teach them; let them cultivate more highly the lands they have already parcelled out by dikes and fences, and leave, though at scanty intervals, some green patches of unpolluted land for the poor man’s beast and the free man’s foot.”

“You are an enthusiast on this subject,” said the younger traveller, not a little surprised at the tone and words of the last speech; “and if I were not just about to commence the world with a firm persuasion that enthusiasm on any matter is a great obstacle to success, I could be as warm though not so eloquent as yourself.”

“Ah, sir,” said the stranger, sinking into a more natural and careless tone, “I have a better right than I imagine you can claim to repine or even to inveigh against the boundaries which are, day by day and hour by hour, encroaching upon what I have learned to look upon as my own territory. You were, just before I joined you, singing an old song; I honour you for your taste: and no offence, sir, but a sort of fellowship in feeling made me take the liberty to accost you. I am no very great scholar in other things; but I owe my present circumstances of life solely to my fondness for those old songs and quaint madrigals. And I believe no person can better apply to himself Will Shakspeare’s invitation,—

Relieved from his former fear, but with increased curiosity at this quotation, which was half said, half sung, in a tone which seemed to evince a hearty relish for the sense of the words, the youth replied,—

“Truly, I did not expect to meet among the travellers of this wild country with so well-stored a memory. And, indeed, I should have imagined that the only persons to whom your verses could exactly have applied were those honourable vagrants from the Nile whom in vulgar language we term gypsies.”

“Precisely so, sir,” answered the tall stranger, indifferently; “precisely so. It is to that ancient body that I belong.”

“The devil you do!” quoth the youth, in unsophisticated surprise; “the progress of education is indeed astonishing!”

“Why,” answered the stranger, laughing, “to tell you the truth, sir, I am a gypsy by inclination, not birth. The illustrious Bamfylde Moore Carew is not the only example of one of gentle blood and honourable education whom the fleshpots of Egypt have seduced.”

“I congratulate myself,” quoth the youth, in a tone that might have been in jest, “upon becoming acquainted with a character at once so respectable and so novel; and, to return your quotation in the way of a compliment, I cry out with the most fashionable author of Elizabeth’s days,—

in order to drink to our better acquaintance.”

“Thank you, sir,—thank you,” cried the strange gypsy, seemingly delighted with the spirit with which his young acquaintance appeared to enter into his character, and his quotation from a class of authors at that time much less known and appreciated than at present; “and if you have seen already enough of the world to take up with ale when neither Canary, Palermo, nor Sherry are forthcoming, I will promise, at least, to pledge you in large draughts of that homely beverage. What say you to passing a night with us? our tents are yet more at hand than the public-house of which I spoke to you.” The young man hesitated a moment, then replied,—

“I will answer you frankly, my friend, even though I may find cause to repent my confidence. I have a few guineas about me, which, though not a large sum, are my all. Now, however ancient and honourable your fraternity may be, they labour under a sad confusion, I fear, in their ideas of meum and tuum.”

“Faith, sir, I believe you are right; and were you some years older, I think you would not have favoured me with the same disclosure you have done now; but you may be quite easy on that score. If you were made of gold, the rascals would not filch off the corner of your garment as long as you were under my protection. Does this assurance satisfy you?”

“Perfectly,” said the youth; “and now how far are we from your encampment? I assure you I am all eagerness to be among a set of which I have witnessed such a specimen.”

“Nay, nay,” returned the gypsy, “you must not judge of all my brethren by me: I confess that they are but a rough tribe. However, I love them dearly; and am only the more inclined to think them honest to each other, because they are rogues to all the rest of the world.”

By this time our travellers had advanced nearly two miles since they had commenced companionship; and at a turn in the lane, about three hundred yards farther on, they caught a glimpse of a distant fire burning brightly through the dim trees. They quickened their pace, and striking a little out of their path into a common, soon approached two tents, the Arab homes of the vagrant and singular people with whom the gypsy claimed brotherhood and alliance.