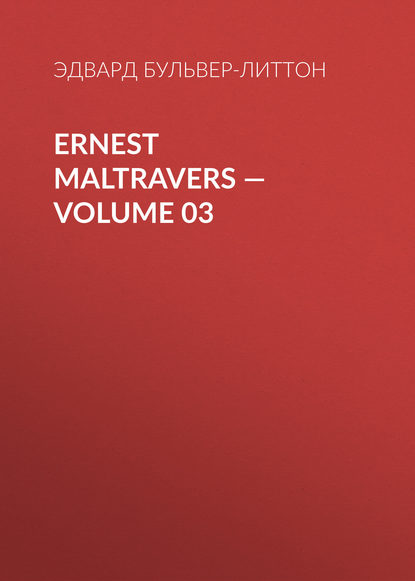 "Not to all men Apollo shows himself—
Who sees him—/he/ is great!"

"Here will we sit, and let the sounds of music
Creep in our ears—soft stillness and the night
Become the touches of sweet harmony."

BOAT SONG ON THE LAKE OF COMO

The Beautiful Clime!—the Clime of Love!
Thou beautiful Italy!
Like a mother's eyes, the earnest skies
Ever have smiles for thee!
Not a flower that blows, not a beam that glows,
But what is in love with thee!

The beautiful lake, the Larian lake![1 - The ancient name of Como.]
Soft lake like a silver sea,
The Huntress Queen, with her nymphs of sheen,
Never had bath like thee.
See, the Lady of night and her maids of light,
Even now are mid-deep in thee!

Beautiful child of the lonely hills,
Ever blest may thy slumbers be!
No mourner should tread by thy dreamy bed,
No life bring a care to thee—
Nay, soft to thy bed, let the mourner tread—
And life be a dream like thee!

Such, though uttered in the soft Italian tongue, and now imperfectly translated—such were the notes that floated one lovely evening in summer along the lake of Como. The boat, from which came the song, drifted gently down the sparkling waters, towards the mossy banks of a lawn, whence on a little eminence gleamed the white walls of a villa, backed by vineyards. On that lawn stood a young and handsome woman, leaning on the arm of her husband, and listening to the song. But her delight was soon deepened into one of more personal interest, as the boatmen, nearing the banks, changed their measure, and she felt that the minstrelsy was in honour of herself.

SERENADE TO THE SONGSTRESS

Softly—oh, soft! let us rest on the oar,
And vex not a billow that sighs to the shore:—
For sacred the spot where the starry waves meet
With the beach, where the breath of the citron is sweet.
There's a spell on the waves that now waft us along
To the last of our Muses, the Spirit of Song.

The Eagle of old renown,
And the Lombard's iron crown
And Milan's mighty name are ours no more;
But by this glassy water,
Harmonia's youngest daughter,
Still from the lightning saves one laurel to our shore.

They heard thee, Teresa, the Teuton, the Gaul,
Who have raised the rude thrones of the North on our fall;
They heard thee, and bow'd to the might of thy song;
Like love went thy steps o'er the hearts of the strong;
As the moon to the air, as the soul to the clay,
To the void of this earth was the breath of thy lay.

Honour for aye to her
The bright interpreter
Of Art's great mysteries to the enchanted throng;
While tyrants heard thy strains,
Sad Rome forgot her chains;
The world the sword had lost was conquer'd back by song!

"Thou repentest, my Teresa, that thou hast renounced thy dazzling career for a dull home, and a husband old enough to be thy father," said the husband to the wife, with a smile that spoke confidence in the answer.

"Ah, no! even this homage would have no music to me if thou didst not hear it."

She was a celebrated personage in Italy—the Signora Cesarini, now Madame de Montaigne. Her earlier youth had been spent upon the stage, and her promise of vocal excellence had been most brilliant. But after a brief though splendid career, she married a French gentleman of good birth and fortune, retired from the stage, and spent her life alternately in the gay saloons of Paris and upon the banks of the dreamy Como, on which her husband had purchased a small but beautiful villa. She still, however, exercised in private her fascinating art; to which—for she was a woman of singular accomplishment and talent—she added the gift of the improvvisatrice. She had just returned for the summer to this lovely retreat, and a party of enthusiastic youths from Milan had sought the lake of Como to welcome her arrival with the suitable homage of song and music. It is a charming relic, that custom of the brighter days of Italy; and I myself have listened, on the still waters of the same lake, to a similar greeting to a greater genius—the queenlike and unrivalled Pasta—the Semiramis of Song! And while my boat paused, and I caught something of the enthusiasm of the serenaders, the boatman touched me, and, pointing to a part of the lake on which the setting sun shed its rosiest smile, he said, "There, Signor, was drowned one of your countrymen 'bellissimo uomo! che fu bello!'"—yes, there, in the pride of his promising youth, of his noble and almost godlike beauty, before the very windows—the very eyes—of his bride—the waves without a frown had swept over the idol of many hearts—the graceful and gallant Locke.[2 - Captain William Locke of the Life Guards (the only son of the accomplished Mr. Locke of Norbury Park), distinguished by a character the most amiable, and by a personal beauty that certainly equalled, perhaps surpassed, the highest masterpiece of Grecian sculpture. He was returning in a boat from the town of Como to his villa on the banks of the lake, when the boat was upset by one of the mysterious under-currents to which the lake is dangerously subjected; and he was drowned in sight of his bride, who was watching his return from the terrace or balcony of their home.] And above his grave was the voluptuous sky, and over it floated the triumphant music. It was as the moral of the Roman poets—calling the living to a holiday over the oblivion of the dead.