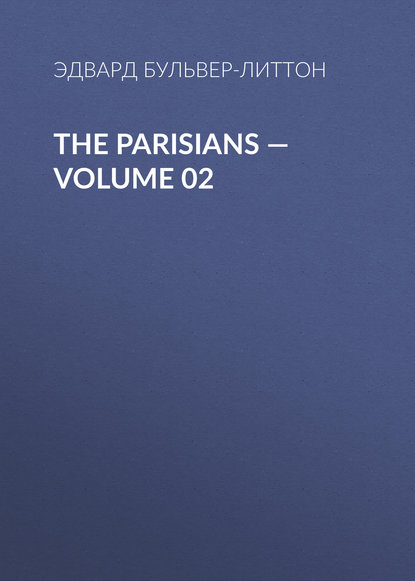 
Do not lose so rare an opportunity. There is but one drawback to your triumphant candidature. It will be said that you have no longer an acre in the county in which the Vanes have been settled so long. That drawback can be removed. It is true that you can never hope to buy back the estates which you were compelled to sell at your father's death: the old manufacturer gripes them too firmly to loosen his hold; and after all, even were your income double what it is, you would be overhoused in the vast pile in which your father buried so large a share of his fortune. But that beautiful old hunting-lodge, the Stamm Schloss of your family, with the adjacent farms, can be now repurchased very reasonably. The brewer who bought them is afflicted with an extravagant son, whom he placed in the—Hussars, and will gladly sell the property for L5,000 more than he gave: well worth the difference, as he has improved the farm- buildings and raised the rental. I think, in addition to the sum you have on mortgage, L3,000 will be accepted, and as a mere investment pay you nearly three per cent. But to you it is worth more than double the money; it once more identifies your ancient name with the county. You would be a greater personage with that moderate holding in the district in which your race took root, and on which your father's genius threw such a lustre, than you would be if you invested all your wealth in a county in which every squire and farmer would call you "the new man." Pray think over this most seriously, and instruct your solicitor to open negotiations with the brewer at once. But rather put yourself into the train, and come back to England straight to me. I will ask Vavasour to meet you. What news from Paris? Is the Emperor as ill as the papers insinuate? And is the revolutionary party gaining ground?

As he put down this letter, Graham heaved a short impatient sigh.

"The old Stamm Schloss," he muttered,—"a foot on the old soil once more! and an entrance into the great arena with hands unfettered. Is it possible!—is it?—is it?"

At this moment the door-bell of the apartment rang, and a servant whom Graham had hired at Paris as a laquais de place announced "Ce Monsieur."

Graham hurried the letter into his portfolio, and said, "You mean the person to whom I am always at home?"

There entered a wonderfully thin man, middle-aged, clothed in black, his face cleanly shaven, his hair cut very short, with one of those faces which, to use a French expression, say "nothing." It was absolutely without expression: it had not even, despite its thinness, one salient feature. If you had found yourself anywhere seated next to that man, your eye would have passed him over as too insignificant to notice; if at a cafe, you would have gone on talking to your friend without lowering your voice. What mattered it whether a bete like that overheard or not? Had you been asked to guess his calling and station, you might have said, minutely observing the freshness of his clothes and the undeniable respectability of his tout ensemble, "He must be well off, and with no care for customers on his mind,—a ci-devant chandler who has retired on a legacy."

Graham rose at the entrance of his visitor, motioned him courteously to a seat beside him, and waiting till the laquais had vanished, then asked, "What news?"

"None, I fear, that will satisfy Monsieur. I have certainly hunted out, since I had last the honour to see you, no less than four ladies of the name of Duval, but only one of them took that name from her parents, and was also christened Louise."

"Yes, the daughter of a perfumer, aged twenty-eight. She, therefore, is not the Louise you seek. Permit me to refer to your instructions." Here M. Renard took out a note-book, turned over the leaves, and resumed, "Wanted, Louise Duval, daughter of Auguste Duval, a French drawing- master, who lived for many years at Tours, removed to Paris in 1845, lived at No. 12, Rue de S—— at Paris for some years, but afterwards moved to a different guartier of the town, and died 1848, in Rue I——, No. 39. Shortly after his death, his daughter Louise left that lodging, and could not be traced. In 1849 official documents reporting her death were forwarded from Munich to a person (a friend of yours, Monsieur). Death, of course, taken for granted; but nearly five years afterwards, this very person encountered the said Louise Duval at Aix-la-Chapelle, and never heard nor saw more of her. Demande submitted, to find out said Louise Duval or any children of hers born in 1848-9; supposed in 1852-3 to have one child, a girl, between four and five years old. Is that right, Monsieur?"

"And this is the whole information given to me. Monsieur on giving it asked me if I thought it desirable that he should commence inquiries at Aix-la-Chapelle, where Louise Duval was last seen by the person interested to discover her. I reply, No; pains thrown away. Aix-la- Chapelle is not a place where any Frenchwoman not settled there by marriage would remain. Nor does it seem probable that the said Duval would venture to select for her residence Munich, a city in which she had contrived to obtain certificates of her death. A Frenchwoman who has once known Paris always wants to get back to it; especially, Monsieur, if she has the beauty which you assign to this lady. I therefore suggested that our inquiries should commence in this capital. Monsieur agreed with me, and I did not grudge the time necessary for investigation."

"You were most obliging. Still I am beginning to be impatient if time is to be thrown away."