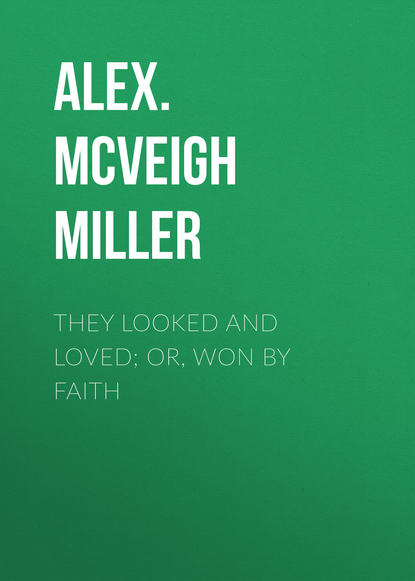 
"She is charming," repeated Dorian Mountcastle, quite oblivious to her pain, and, furious with anger, Azalea darted from her seat and left the room as precipitately as Nita had done a while ago—left the room to hurry to her mother and sob out her jealous longing for vengeance upon dark-eyed Nita, her beautiful rival.

Without the least compunction over the stab he had given his visitor, Dorian Mountcastle dismissed all thoughts of her, and again fell to dreaming of the girl who had bewitched him.

Beautiful women he had seen in plenty, but hovering about this one there was something more than beauty. With closed eyes he lay silent, breathing the fragrance of the roses by his pillow, and going over in his enraptured mind all her separate, distinctive charms.

Suddenly, he started broad-awake, his brow beaded with dews of terror, his heart throbbing painfully. What was the sound that had awakened him? Ah, a timid tapping over and over again upon the door.

"Enter!" he called out in a strangled voice, and the door opened and closed again, admitting—Nita!

Nita, pale and gasping, with wild eyes and disheveled tresses, her white gown soiled with soot and cobwebs, her slender hands grimy with dust, outstretched before her like a sleep-walker's, as she staggered across to him, gasping, it seemed, with mortal terror, vainly essaying to speak.

"My dream, my dream!" he cried, in a voice of agony, as she sank with a long, quivering sigh into the arm-chair close to the bed.

Putting out his hand he touched hers. It was icy cold, and he saw on it a ring that he had not noticed before, a serpent, with eyes and scales of quivering greenish fire. It was so lifelike in its malignant semblance that he shuddered through all his frame.

At his gentle touch, Nita started, and lifted her dazed dark eyes to his face. Their expression was piteous, and so was her voice, as she murmured incoherently:

Her eyes closed, her head drooped heavily. Drawing her hastily toward him, her pale face sank upon the roses by his pillow. She was unconscious.

It was a mean advantage to take of the helpless girl, but Dorian could not resist the temptation. The dark curls on her white brow mingled with his own fairer ones, and the lovely lips were close.

He turned his face slightly, and his eager mouth brushed hers.

The pressure of his lips recalled her ebbing senses. She stirred slightly, opened her eyes in a dreamy fashion, realized everything, and started back from him in sweet and strange dismay.

"Nita, Nita, I love you!" Dorian murmured, as she looked at him with bewildered eyes, but ere she could reply the door opened, and Mrs. Hill, her faithful nurse, entered the room. The girl sprang up and clasped her around the neck, sobbing hysterically.

"Do not look at me so angrily, Mrs. Hill, indeed I have done nothing. Miss Farnham went out at that door yonder, got lost in the winding corridors, and found her way back here almost frightened out of her senses," explained Dorian.

"Oh, take me to my room," pleaded the girl, drawing the kindly housekeeper toward the door without a backward glance at her lover.

Nita was walking alone in the grounds at twilight. The purple shades of the gloaming were shot through by the opaline light of a new moon swinging like a silver sickle in a rosy-lilac sky, and a wind from the sea—cool, salty, and delicious—stirred the flowers, shaking out fragrance upon the languid, love-breathing air of June.

The beautiful white-robed girl, as she walked up and down the flowery paths, cast now and then glances of yearning tenderness toward one window of the house, through whose lace-curtains gleamed a dim, soft light. She knew that Dorian Mountcastle was waiting there, heart-sick and restless, and pining for her presence.

A little while ago Lizette had brought her a note that set all her pulses beating with blended rapture and despair:

"My Dear Miss Farnham: How can you be so cruel to a sick and lonely man? It is a week since I have seen you. Mrs. Hill keeps making excuses that you are not well, but how can I believe it when I have seen you from my window every day walking, riding, and even boating, rowing yourself with the most consummate grace and skill? Azalea also tells me you are very well. She is devoted to me, the dear girl, but it is you I want.

"Do you know that I am so much better the doctor let me sit up several hours to-day, and that I shall soon be well enough to go away? I am glad, for I have already trespassed too long on your hospitality, and, of course, you will wish me gone, else you would let me see you when I am so miserable over your displeasure. How cruelly you punish me for that sweet stolen kiss, whose memory thrills my every hour with silent rapture. Ah, Nita, I love you madly! Will you accept the life you saved so bravely that night and make me happy?

"You remember that sweet old song 'Juanita'? It keeps singing itself over and over in my thronging thoughts:

"Ah, Nita, did not our souls rush together at our first meeting? I remember with intoxicating rapture how we looked into each other's eyes—looked and loved. Oh, my dearest, do not be cold to me. You are no heartless coquette, I know. Forego all further punishment. Come to me, dear, and set my heart at rest.

The letter was in Nita's bosom. The sweetness and the thorn were in her heart. She wrung her slender hands together, as if in pain, then they fell apart, and a stifled cry came from her lips.

The keen little tongue of the emerald serpent had pierced her rosy palm and the blood started. But the wound in the young girl's heart was deeper far.

Everything around Nita—the moon, the flowers, the sea, breathed of love. What wonder that the same pulse throbbed at her heart! She leaned on the railing of a little fountain throwing diamond sprays into the air, and murmured plaintively:

"If this had come to me only two weeks ago it would have opened the gates of heaven to me. To love—to be loved—that is the best of life. But I have lived to be almost eighteen, and never had this crowning joy—never until now, when it comes, alas, too late. Ah, would it be so very wrong to love him just a little while? I have just one year of life, for I have sworn to die ere the moment comes of giving myself to Miser Farnham's arms. One year—only year in this beautiful world! Oh, it is cruel, cruel! And life has been so hard to me; who could blame me for taking this joy that fate holds out to me, this draft of love whose dregs will be so bitter?"

Hungry for love and happiness, the girl was faltering with a terrible temptation. For a week she had held it at bay. To-night Love stood sentinel at the door of her heart and proclaimed himself her master.

That night in the old garden when she had believed Dorian Mountcastle dead, she had uttered prophetic words:

"If you had lived, you would have lured my heart from me."

Only time could prove whether it was for better or worse that he had lived, and that they had looked and loved.

"I must go to him!" she cried suddenly, sweeping all irresolution aside.

She gathered a lily from the marble basin of the fountain, fastened it in the bosom of her white gown, and turned toward the house. Coming into the graveled walk at the foot of the steps, Nita almost ran into the arms of a tall, middle-aged man, who lifted his hat with easy grace, exclaiming:

He bowed deeply, and resumed in his easy courteous manner:

"My name is Donald Kayne, Miss Farnham, and I am in search of a missing friend of mine, Dorian Mountcastle. I set him ashore on this beach about two weeks ago, and on returning only yesterday from our little yachting excursion, I heard that he had not returned to New York, nor even been heard of there. I became uneasy and came down to-day to hunt him up, although now"—with an admiring glance—"his exile is no longer a mystery to me. I learned at the hotel of my friend's accident, and that he was your guest. I hastened without ceremony to call on him."

"You are most welcome," she answered, in a low, musical voice.

"Thank you; and is he better?"

"He will soon be well," she murmured—"you will come to him at once, sir. He will be glad indeed to see his friend."

He followed her up the stately granite steps into a broad marble-paved hall. Then Nita led him to Dorian Mountcastle.

The invalid was resting in an easy chair, and Mrs. Courtney and her daughter were with him in spite of the only half-suppressed yawns with which he slyly evidenced a decided preference for solitude.

He was waiting for Nita's answer to his letter. Would she come, his proud, dark-eyed darling, would she forgive his audacity and grant his prayer? And, meanwhile, Mrs. Courtney and Azalea were engaged in holding her up to his scorn.

"The most singular young girl I ever met. She makes the duties of a chaperon merely a sinecure," sneered Mrs. Courtney, and Azalea chimed in with pretended sweet excuses: