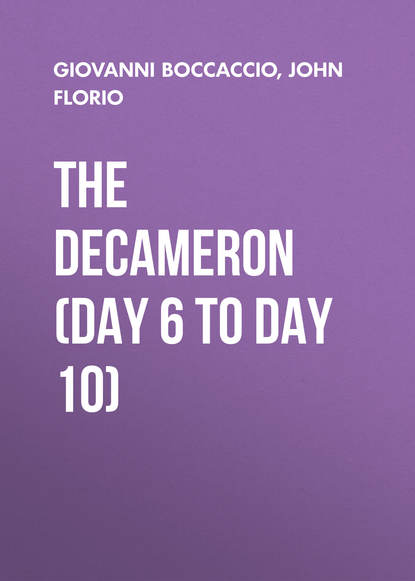 Knight, Lord Baron of Sherland, Earle of Montgomery, and Knight of the most Noble order of the Garter

Having (by your Honorable command) translated this Decameron, or Cento Novelle, sirnamed Il Principe Galeotto, of ten dayes severall discourses, grounded on variable and singuler Arguments, happening betweene seaven Noble Ladies, and three very Honourable Gentlemen: Although not attyred in such elegantcy of phrase, or nice curiosity of stile, as a quicker and more sprightly wit could have performed, but in such home-borne language, as my ability could stretch unto; yet it commeth (in all duty) to kisse your Noble hand, and to shelter it selfe under your Gracious protection, though not from the leering eye, and over-lavish tongue of snarling Envy; yet from the power of his blasting poyson, and malice of his machinations.

Bookes (Courteous Reader) may rightly be compared to Gardens; wherein, let the painfull Gardiner expresse never so much care and diligent endeavour; yet among the very fairest, sweetest, and freshest Flowers, as also Plants of most precious Vertue; ill favouring and stinking Weeds, fit for no use but the fire or mucke-hill, will spring and sprout up. So fareth it with Bookes of the very best quality, let the Author bee never so indulgent, and the Printer vigilant: yet both may misse their ayme, by the escape of Errors and Mistakes, either in sense or matter, the one fault ensuing by a ragged Written Copy; and the other thorough want of wary Correction. If then the best Bookes cannot be free from this common infirmity; blame not this then, of farre lighter argument, wherein thy courtesie may helpe us both: His blame, in acknowledging his more sufficiency, then to write so grosse and absurdly: And mine, in pardoning unwilling Errors committed, which thy judgement finding, thy pen can as easily correct.

Wherein the Discourses or Novels there to bee recounted, doe concerne such persons; who by some witty words (when any have taunted them) have revenged themselves, in a sudden, unexpected and discreet answere, thereby preventing losse, danger, scorne and disgrace, retorting them on the busi-headed Questioners.

The argument of the first Novell (#pgepubid00119)

A Knight requested Madame Oretta, to ride behinde him on horsebacke, and promised, to tell her an excellent Tale by the way. But the Lady perceiving, that his discourse was idle, and much worse delivered: entreated him to let her walke on foote againe.

Reprehending the folly of such men, as undertake to report discourses, which are beyond their wit and capacity, and gaine nothing but blame for their labour.

The argument of the second Novell (#pgepubid00122)

Cistio a Baker, by a witty answere which he gave unto Messer Geri Spina, caused him to acknowledge a very indiscreet motion, which he had made to the said Cistio.

Approving, that a request ought to be civill, before it should be granted to any one whatsoever.

The Argument of the third Novell (#pgepubid00125)

Madam Nonna de Pulci, by a sodaine answere, did put to silence a Bishop of Florence, and the Lord Marshall: having mooved a question to the said Lady, which seemed to come short of honesty.

Wherein is declared, that mockers doe sometimes meet with their matches in mockery, and to their owne shame.

The Argument of the fourth Novell (#pgepubid00128)

Chichibio, the Cooke to Messer Currado Gianfiliazzi, by a sodaine pleasant answere which he made to his Master; converted his anger into laughter, and thereby escaped the punishment, that Messer meant to impose on him.

Whereby plainely appeareth, that a sodaine witty, and merry answere, doth oftentimes appease the furious choller of an angry man.

The Argument of the fift Novell (#pgepubid00131)

Messer Forese da Rabatte, and Maister Giotto, a Painter by his profession, comming together from Mugello, scornefully reprehended one another for their deformity of body.

Whereby may be observed, that such as will speake contemptibly of others, ought (first of all) to looke respectively on their owne imperfections.

The Argument of the sixt Novell (#pgepubid00134)

A young and ingenious Scholler, being unkindly reviled and smitten by his ignorant Father, and through the procurement of an unlearned Vicare; afterward attained to bee doubly revenged on him.

Serving as an advertisement to unlearned Parents, not to be over-rash, in censuring on Schollers imperfections, through any bad or unbeseeming perswasions.

The Argument of the seaventh Novell (#pgepubid00137)

Madame Phillippa, being accused by her Husband Rinaldo de Pugliese, because he tooke her in Adultery, with a young Gentleman named Lazarino de Guazzagliotori: caused her to bee cited before a Judge. From whom she delivered her selfe, by a sodaine, witty, and pleasant answere, and moderated a severe strict Statute, formerly made against women.

Wherein is declared, of what worth it is to confesse a truth, with a facetious and witty excuse.

The Argument of the eighth Novell (#pgepubid00140)

Fresco da Celatico, counselled and advised his Neece Cesca: That if such as deserved to bee looked on, were offensive to her eyes (as she had often told him;) she should forbeare to looke on any.

In just scorne of such unsightly and ill-pleasing surly Sluts, who imagine none to bee faire or well-favoured, but themselves.

The Argument of the ninth Novell (#pgepubid00143)

Signior Guido Cavalcante, with a sodaine and witty answere, reprehended the rash folly of certaine Florentine Gentlemen, that thought to scorne and flout him.