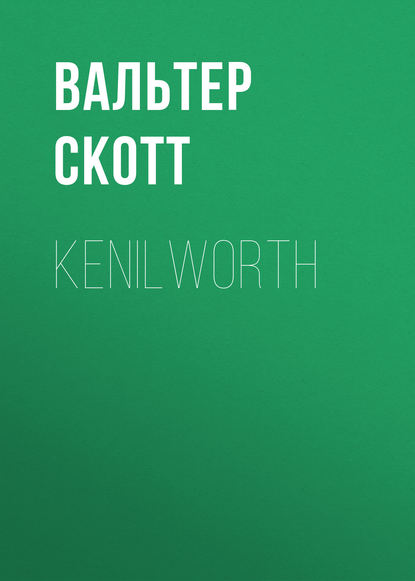 A certain degree of success, real or supposed, in the delineation of Queen Mary, naturally induced the author to attempt something similar respecting “her sister and her foe,” the celebrated Elizabeth. He will not, however, pretend to have approached the task with the same feelings; for the candid Robertson himself confesses having felt the prejudices with which a Scottishman is tempted to regard the subject; and what so liberal a historian avows, a poor romance-writer dares not disown. But he hopes the influence of a prejudice, almost as natural to him as his native air, will not be found to have greatly affected the sketch he has attempted of England’s Elizabeth. I have endeavoured to describe her as at once a high-minded sovereign, and a female of passionate feelings, hesitating betwixt the sense of her rank and the duty she owed her subjects on the one hand, and on the other her attachment to a nobleman, who, in external qualifications at least, amply merited her favour. The interest of the story is thrown upon that period when the sudden death of the first Countess of Leicester seemed to open to the ambition of her husband the opportunity of sharing the crown of his sovereign.

It is possible that slander, which very seldom favours the memories of persons in exalted stations, may have blackened the character of Leicester with darker shades than really belonged to it. But the almost general voice of the times attached the most foul suspicions to the death of the unfortunate Countess, more especially as it took place so very opportunely for the indulgence of her lover’s ambition. If we can trust Ashmole’s Antiquities of Berkshire, there was but too much ground for the traditions which charge Leicester with the murder of his wife. In the following extract of the passage, the reader will find the authority I had for the story of the romance: —

“At the west end of the church are the ruins of a manor, anciently belonging (as a cell, or place of removal, as some report) to the monks of Abington. At the Dissolution, the said manor, or lordship, was conveyed to one – Owen (I believe), the possessor of Godstow then.

“In the hall, over the chimney, I find Abington arms cut in stone – namely, a patonee between four martletts; and also another escutcheon – namely, a lion rampant, and several mitres cut in stone about the house. There is also in the said house a chamber called Dudley’s chamber, where the Earl of Leicester’s wife was murdered, of which this is the story following: —

The same accusation has been adopted and circulated by the author of Leicester’s Commonwealth, a satire written directly against the Earl of Leicester, which loaded him with the most horrid crimes, and, among the rest, with the murder of his first wife. It was alluded to in the Yorkshire Tragedy, a play erroneously ascribed to Shakespeare, where a baker, who determines to destroy all his family, throws his wife downstairs, with this allusion to the supposed murder of Leicester’s lady, —

“The only way to charm a woman’s tongue

Is, break her neck – a politician did it.”

The reader will find I have borrowed several incidents as well as names from Ashmole, and the more early authorities; but my first acquaintance with the history was through the more pleasing medium of verse. There is a period in youth when the mere power of numbers has a more strong effect on ear and imagination than in more advanced life. At this season of immature taste, the author was greatly delighted with the poems of Mickle and Langhorne, poets who, though by no means deficient in the higher branches of their art, were eminent for their powers of verbal melody above most who have practised this department of poetry. One of those pieces of Mickle, which the author was particularly pleased with, is a ballad, or rather a species of elegy, on the subject of Cumnor Hall, which, with others by the same author, was to be found in Evans’s Ancient Ballads (vol. iv., page 130), to which work Mickle made liberal contributions. The first stanza especially had a peculiar species of enchantment for the youthful ear of the author, the force of which is not even now entirely spent; some others are sufficiently prosaic.

The dews of summer night did fall;
The moon, sweet regent of the sky,
Silver’d the walls of Cumnor Hall,
And many an oak that grew thereby,

Now nought was heard beneath the skies,
The sounds of busy life were still,
Save an unhappy lady’s sighs,
That issued from that lonely pile.

“Leicester,” she cried, “is this thy love
That thou so oft hast sworn to me,
To leave me in this lonely grove,
Immured in shameful privity?

“No more thou com’st with lover’s speed,
Thy once beloved bride to see;
But be she alive, or be she dead,
I fear, stern Earl, ‘s the same to thee.

“Not so the usage I received
When happy in my father’s hall;
No faithless husband then me grieved,
No chilling fears did me appal.

“I rose up with the cheerful morn,
No lark more blithe, no flower more gay;
And like the bird that haunts the thorn,
So merrily sung the livelong day.

“If that my beauty is but small,
Among court ladies all despised,
Why didst thou rend it from that hall,
Where, scornful Earl, it well was prized?

“And when you first to me made suit,
How fair I was you oft would say!
And proud of conquest, pluck’d the fruit,
Then left the blossom to decay.

“Yes!  now neglected and despised,
The rose is pale, the lily’s dead;
But he that once their charms so prized,
Is sure the cause those charms are fled.

“For know, when sick’ning grief doth prey,
And tender love’s repaid with scorn,
The sweetest beauty will decay, —
What floweret can endure the storm?

“At court, I’m told, is beauty’s throne,
Where every lady’s passing rare,
That Eastern flowers, that shame the sun,
Are not so glowing, not so fair.

“Then, Earl, why didst thou leave the beds
Where roses and where lilies vie,
To seek a primrose, whose pale shades
Must sicken when those gauds are by?

“‘Mong rural beauties I was one,
Among the fields wild flowers are fair;
Some country swain might me have won,
And thought my beauty passing rare.

“But, Leicester (or I much am wrong),
Or ‘tis not beauty lures thy vows;
Rather ambition’s gilded crown
Makes thee forget thy humble spouse.

“Then, Leicester, why, again I plead