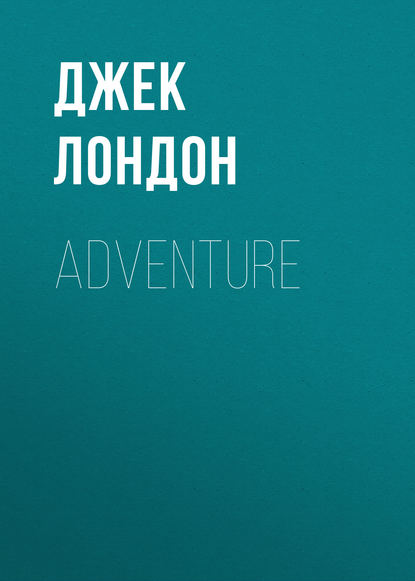 Among other things, she burned the pestilential hospital, quarrelled with Sheldon over the dead, and, in anger, set her own men to work building a new, and what she called a decent, hospital. She robbed the windows of their lawn and muslin curtains, replacing them with gaudy calico from the trade-store, and made herself several gowns. When she wrote out a list of goods and clothing for herself, to be sent down to Sydney by the first steamer, Sheldon wondered how long she had made up her mind to stay.

She was certainly unlike any woman he had ever known or dreamed of. So far as he was concerned she was not a woman at all. She neither languished nor blandished. No feminine lures were wasted on him. He might have been her brother, or she his brother, for all sex had to do with the strange situation. Any mere polite gallantry on his part was ignored or snubbed, and he had very early given up offering his hand to her in getting into a boat or climbing over a log, and he had to acknowledge to himself that she was eminently fitted to take care of herself. Despite his warnings about crocodiles and sharks, she persisted in swimming in deep water off the beach; nor could he persuade her, when she was in the boat, to let one of the sailors throw the dynamite when shooting fish. She argued that she was at least a little bit more intelligent than they, and that, therefore, there was less liability of an accident if she did the shooting. She was to him the most masculine and at the same time the most feminine woman he had ever met.

A source of continual trouble between them was the disagreement over methods of handling the black boys. She ruled by stern kindness, rarely rewarding, never punishing, and he had to confess that her own sailors worshipped her, while the house-boys were her slaves, and did three times as much work for her as he had ever got out of them. She quickly saw the unrest of the contract labourers, and was not blind to the danger, always imminent, that both she and Sheldon ran. Neither of them ever ventured out without a revolver, and the sailors who stood the night watches by Joan’s grass house were armed with rifles. But Joan insisted that this reign of terror had been caused by the reign of fear practised by the white men. She had been brought up with the gentle Hawaiians, who never were ill-treated nor roughly handled, and she generalized that the Solomon Islanders, under kind treatment, would grow gentle.

One evening a terrific uproar arose in the barracks, and Sheldon, aided by Joan’s sailors, succeeded in rescuing two women whom the blacks were beating to death. To save them from the vengeance of the blacks, they were guarded in the cook-house for the night. They were the two women who did the cooking for the labourers, and their offence had consisted of one of them taking a bath in the big cauldron in which the potatoes were boiled. The blacks were not outraged from the standpoint of cleanliness; they often took baths in the cauldrons themselves. The trouble lay in that the bather had been a low, degraded, wretched female; for to the Solomon Islander all females are low, degraded, and wretched.

Next morning, Joan and Sheldon, at breakfast, were aroused by a swelling murmur of angry voices. The first rule of Berande had been broken. The compound had been entered without permission or command, and all the two hundred labourers, with the exception of the boss-boys, were guilty of the offence. They crowded up, threatening and shouting, close under the front veranda. Sheldon leaned over the veranda railing, looking down upon them, while Joan stood slightly back. When the uproar was stilled, two brothers stood forth. They were large men, splendidly muscled, and with faces unusually ferocious, even for Solomon Islanders. One was Carin-Jama, otherwise The Silent; and the other was Bellin-Jama, The Boaster. Both had served on the Queensland plantations in the old days, and they were known as evil characters wherever white men met and gammed.

“What you do along black fella Mary?” Sheldon asked.

“What name you fella boy talk along me?” Sheldon demanded, with a show of rising anger. “Big bell he ring. You no belong along here. You belong along field. Bime by, big fella bell he ring, you stop along kai-kai, you come talk along me about two fella Mary. Now all you boy get along out of here.”

“You watch out, Bellin-Jama,” Sheldon said sharply, “or I send you along Tulagi one big fella lashing. My word, you catch ’m strong fella.”

“You want ’m fight,” he said, putting up his fists in approved, returned-Queenslander style.

Now, in the Solomons, where whites are few and blacks are many, and where the whites do the ruling, such an offer to fight is the deadliest insult. Blacks are not supposed to dare so highly as to offer to fight a white man. At the best, all they can look for is to be beaten by the white man.

A murmur of admiration at Bellin-Jama’s bravery went up from the listening blacks. But Bellin-Jama’s voice was still ringing in the air, and the murmuring was just beginning, when Sheldon cleared the rail, leaping straight downward. From the top of the railing to the ground it was fifteen feet, and Bellin-Jama was directly beneath. Sheldon’s flying body struck him and crushed him to earth. No blows were needed to be struck. The black had been knocked helpless. Joan, startled by the unexpected leap, saw Carin-Jama, The Silent, reach out and seize Sheldon by the throat as he was half-way to his feet, while the five-score blacks surged forward for the killing. Her revolver was out, and Carin-Jama let go his grip, reeling backward with a bullet in his shoulder. In that fleeting instant of action she had thought to shoot him in the arm, which, at that short distance, might reasonably have been achieved. But the wave of savages leaping forward had changed her shot to the shoulder. It was a moment when not the slightest chance could be taken.

The instant his throat was released, Sheldon struck out with his fist, and Carin-Jama joined his brother on the ground. The mutiny was quelled, and five minutes more saw the brothers being carried to the hospital, and the mutineers, marshalled by the gang-bosses, on the way to the fields.

When Sheldon came up on the veranda, he found Joan collapsed on the steamer-chair and in tears. The sight unnerved him as the row just over could not possibly have done. A woman in tears was to him an embarrassing situation; and when that woman was Joan Lackland, from whom he had grown to expect anything unexpected, he was really frightened. He glanced down at her helplessly, and moistened his lips.

She abruptly removed her hands, showing a wrathful and tear-stained face.

“You brute! You coward!” she cried. “You have made me shoot a man, and I never shot a man in my life before.”

“It’s only a flesh-wound, and he isn’t going to die,” Sheldon managed to interpolate.

“What of that? I shot him just the same. There was no need for you to jump down there that way. It was brutal and cowardly.”

Sheldon was white with anger.

“Then why in the name of common sense did you shoot?” he demanded.

“Be-be-because you were a white man,” she sobbed. “And Dad would never have left any white man in the lurch. But it was your fault. You had no right to get yourself in such a position. Besides, it wasn’t necessary.”

“I am afraid I don’t understand,” he said shortly, turning away. “We will talk it over later on.”

“Look how I get on with the boys,” she said, while he paused in the doorway, stiffly polite, to listen. “There’s those two sick boys I am nursing. They will do anything for me when they get well, and I won’t have to keep them in fear of their life all the time. It is not necessary, I tell you, all this harshness and brutality. What if they are cannibals? They are human beings, just like you and me, and they are amenable to reason. That is what distinguishes all of us from the lower animals.”

He nodded and went out.

“I suppose I’ve been unforgivably foolish,” was her greeting, when he returned several hours later from a round of the plantation. “I’ve been to the hospital, and the man is getting along all right. It is not a serious hurt.”

Sheldon felt unaccountably pleased and happy at the changed aspect of her mood.

“You see, you don’t understand the situation,” he began. “In the first place, the blacks have to be ruled sternly. Kindness is all very well, but you can’t rule them by kindness only. I accept all that you say about the Hawaiians and the Tahitians. You say that they can be handled that way, and I believe you. I have had no experience with them. But you have had no experience with the blacks, and I ask you to believe me. They are different from your natives. You are used to Polynesians. These boys are Melanesians. They’re blacks. They’re niggers – look at their kinky hair. And they’re a whole lot lower than the African niggers. Really, you know, there is a vast difference.”