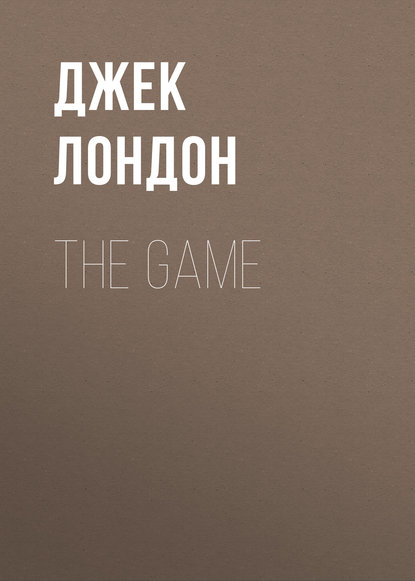 
It may have been the apprehensiveness of love, the wish to meet his need for her sympathy, and the desire to see the Game face to face for wisdom’s sake, – and it may have been the clarion call of adventure ringing through the narrow confines of uneventful existence; for a great daring thrilled through her, and she said, just as simply, “I will.”

“I didn’t think you would, or I wouldn’t have asked,” he confessed, as they walked out to the sidewalk.

“But can’t it be done?” she asked anxiously, before her resolution could cool.

“I didn’t think you would,” he repeated, still amazed, as he helped her upon the electric car and felt in his pocket for the fare.

Genevieve and Joe were working-class aristocrats. In an environment made up largely of sordidness and wretchedness they had kept themselves unsullied and wholesome. Theirs was a self-respect, a regard for the niceties and clean things of life, which had held them aloof from their kind. Friends did not come to them easily; nor had either ever possessed a really intimate friend, a heart-companion with whom to chum and have things in common. The social instinct was strong in them, yet they had remained lonely because they could not satisfy that instinct and at that same time satisfy their desire for cleanness and decency.

If ever a girl of the working class had led the sheltered life, it was Genevieve. In the midst of roughness and brutality, she had shunned all that was rough and brutal. She saw but what she chose to see, and she chose always to see the best, avoiding coarseness and uncouthness without effort, as a matter of instinct. To begin with, she had been peculiarly unexposed. An only child, with an invalid mother upon whom she attended, she had not joined in the street games and frolics of the children of the neighbourhood. Her father, a mild-tempered, narrow-chested, anæmic little clerk, domestic because of his inherent disability to mix with men, had done his full share toward giving the home an atmosphere of sweetness and tenderness.

An orphan at twelve, Genevieve had gone straight from her father’s funeral to live with the Silversteins in their rooms above the candy store; and here, sheltered by kindly aliens, she earned her keep and clothes by waiting on the shop. Being Gentile, she was especially necessary to the Silversteins, who would not run the business themselves when the day of their Sabbath came round.

And here, in the uneventful little shop, six maturing years had slipped by. Her acquaintances were few. She had elected to have no girl chum for the reason that no satisfactory girl had appeared. Nor did she choose to walk with the young fellows of the neighbourhood, as was the custom of girls from their fifteenth year. “That stuck-up doll-face,” was the way the girls of the neighbourhood described her; and though she earned their enmity by her beauty and aloofness, she none the less commanded their respect. “Peaches and cream,” she was called by the young men – though softly and amongst themselves, for they were afraid of arousing the ire of the other girls, while they stood in awe of Genevieve, in a dimly religious way, as a something mysteriously beautiful and unapproachable.

For she was indeed beautiful. Springing from a long line of American descent, she was one of those wonderful working-class blooms which occasionally appear, defying all precedent of forebears and environment, apparently without cause or explanation. She was a beauty in color, the blood spraying her white skin so deliciously as to earn for her the apt description, “peaches and cream.” She was a beauty in the regularity of her features; and, if for no other reason, she was a beauty in the mere delicacy of the lines on which she was moulded. Quiet, low-voiced, stately, and dignified, she somehow had the knack of dress, and but befitted her beauty and dignity with anything she put on. Withal, she was sheerly feminine, tender and soft and clinging, with the smouldering passion of the mate and the motherliness of the woman. But this side of her nature had lain dormant through the years, waiting for the mate to appear.

Then Joe came into Silverstein’s shop one hot Saturday afternoon to cool himself with ice-cream soda. She had not noticed his entrance, being busy with one other customer, an urchin of six or seven who gravely analyzed his desires before the show-case wherein truly generous and marvellous candy creations reposed under a cardboard announcement, “Five for Five Cents.”

She had heard, “Ice-cream soda, please,” and had herself asked, “What flavor?” without seeing his face. For that matter, it was not a custom of hers to notice young men. There was something about them she did not understand. The way they looked at her made her uncomfortable, she knew not why; while there was an uncouthness and roughness about them that did not please her. As yet, her imagination had been untouched by man. The young fellows she had seen had held no lure for her, had been without meaning to her. In short, had she been asked to give one reason for the existence of men on the earth, she would have been nonplussed for a reply.

As she emptied the measure of ice-cream into the glass, her casual glance rested on Joe’s face, and she experienced on the instant a pleasant feeling of satisfaction. The next instant his eyes were upon her face, her eyes had dropped, and she was turning away toward the soda fountain. But at the fountain, filling the glass, she was impelled to look at him again – but for no more than an instant, for this time she found his eyes already upon her, waiting to meet hers, while on his face was a frankness of interest that caused her quickly to look away.

That such pleasingness would reside for her in any man astonished her. “What a pretty boy,” she thought to herself, innocently and instinctively trying to ward off the power to hold and draw her that lay behind the mere prettiness. “Besides, he isn’t pretty,” she thought, as she placed the glass before him, received the silver dime in payment, and for the third time looked into his eyes. Her vocabulary was limited, and she knew little of the worth of words; but the strong masculinity of his boy’s face told her that the term was inappropriate.

“He must be handsome, then,” was her next thought, as she again dropped her eyes before his. But all good-looking men were called handsome, and that term, too, displeased her. But whatever it was, he was good to see, and she was irritably aware of a desire to look at him again and again.

As for Joe, he had never seen anything like this girl across the counter. While he was wiser in natural philosophy than she, and could have given immediately the reason for woman’s existence on the earth, nevertheless woman had no part in his cosmos. His imagination was as untouched by woman as the girl’s was by man. But his imagination was touched now, and the woman was Genevieve. He had never dreamed a girl could be so beautiful, and he could not keep his eyes from her face. Yet every time he looked at her, and her eyes met his, he felt painful embarrassment, and would have looked away had not her eyes dropped so quickly.

But when, at last, she slowly lifted her eyes and held their gaze steadily, it was his own eyes that dropped, his own cheek that mantled red. She was much less embarrassed than he, while she betrayed her embarrassment not at all. She was aware of a flutter within, such as she had never known before, but in no way did it disturb her outward serenity. Joe, on the contrary, was obviously awkward and delightfully miserable.