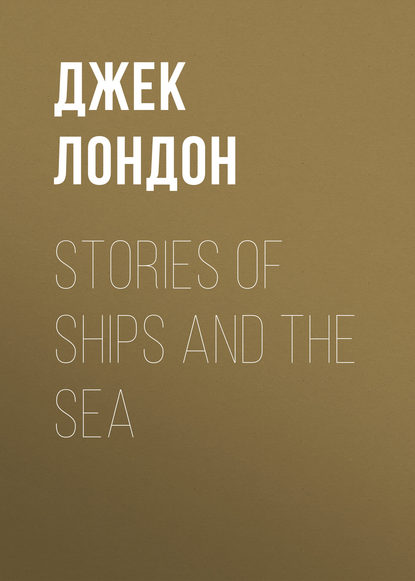 Джек Лондон
Stories of Ships and the Sea


"Und Chris!" He turned as if he had forgotten something, and called back, "From dis time always you call me 'Emil' mitout der 'Mister'!"

TYPHOON OFF THE COAST OF JAPAN

Jack London's First Story, Published at the Age of Seventeen

It was four bells in the morning watch. We had just finished breakfast when the order came forward for the watch on deck to stand by to heave her to and all hands stand by the boats.

"Port! hard a port!" cried our sailing-master. "Clew up the topsails! Let the flying jib run down! Back the jib over to windward and run down the foresail!" And so was our schooner Sophie Sutherland hove to off the Japan coast, near Cape Jerimo, on April 10, 1893.

Then came moments of bustle and confusion. There were eighteen men to man the six boats. Some were hooking on the falls, others casting off the lashings; boat-steerers appeared with boat-compasses and water-breakers, and boat-pullers with the lunch boxes. Hunters were staggering under two or three shotguns, a rifle and heavy ammunition box, all of which were soon stowed away with their oilskins and mittens in the boats.

The sailing-master gave his last orders, and away we went, pulling three pairs of oars to gain our positions. We were in the weather boat, and so had a longer pull than the others. The first, second and third lee boats soon had all sail set and were running off to the southward and westward with the wind beam, while the schooner was running off to leeward of them, so that in case of accident the boats would have fair wind home.

It was a glorious morning, but our boat steerer shook his head ominously as he glanced at the rising sun and prophetically muttered: "Red sun in the morning, sailor take warning." The sun had an angry look, and a few light, fleecy "nigger-heads" in that quarter seemed abashed and frightened and soon disappeared.

Away off to the northward Cape Jerimo reared its black, forbidding head like some huge monster rising from the deep. The winter's snow, not yet entirely dissipated by the sun, covered it in patches of glistening white, over which the light wind swept on its way out to sea. Huge gulls rose slowly, fluttering their wings in the light breeze and striking their webbed feet on the surface of the water for over half a mile before they could leave it. Hardly had the patter, patter died away when a flock of sea quail rose, and with whistling wings flew away to windward, where members of a large band of whales were disporting themselves, their blowings sounding like the exhaust of steam engines. The harsh, discordant cries of a sea-parrot grated unpleasantly on the ear, and set half a dozen alert in a small band of seals that were ahead of us. Away they went, breaching and jumping entirely out of water. A sea-gull with slow, deliberate flight and long, majestic curves circled round us, and as a reminder of home a little English sparrow perched impudently on the fo'castle head, and, cocking his head on one side, chirped merrily. The boats were soon among the seals, and the bang! bang! of the guns could be heard from down to leeward.

The wind was slowly rising, and by three o'clock as, with a dozen seals in our boat, we were deliberating whether to go on or turn back, the recall flag was run up at the schooner's mizzen – a sure sign that with the rising wind the barometer was falling and that our sailing-master was getting anxious for the welfare of the boats.

Away we went before the wind with a single reef in our sail. With clenched teeth sat the boat-steerer, grasping the steering oar firmly with both hands, his restless eyes on the alert – a glance at the schooner ahead, as we rose on a sea, another at the mainsheet, and then one astern where the dark ripple of the wind on the water told him of a coming puff or a large white-cap that threatened to overwhelm us. The waves were holding high carnival, performing the strangest antics, as with wild glee they danced along in fierce pursuit – now up, now down, here, there, and everywhere, until some great sea of liquid green with its milk-white crest of foam rose from the ocean's throbbing bosom and drove the others from view. But only for a moment, for again under new forms they reappeared. In the sun's path they wandered, where every ripple, great or small, every little spit or spray looked like molten silver, where the water lost its dark green color and became a dazzling, silvery flood, only to vanish and become a wild waste of sullen turbulence, each dark foreboding sea rising and breaking, then rolling on again. The dash, the sparkle, the silvery light soon vanished with the sun, which became obscured by black clouds that were rolling swiftly in from the west, northwest; apt heralds of the coming storm.