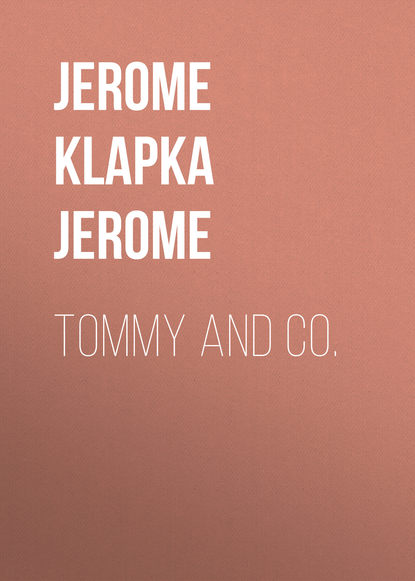 Peter Hope was tall and thin, clean-shaven but for a pair of side whiskers close-cropped and terminating just below the ear, with hair of the kind referred to by sympathetic barbers as “getting a little thin on the top, sir,” but arranged with economy, that everywhere is poverty’s true helpmate. About Mr. Peter Hope’s linen, which was white though somewhat frayed, there was a self-assertiveness that invariably arrested the attention of even the most casual observer. Decidedly there was too much of it – its ostentation aided and abetted by the retiring nature of the cut-away coat, whose chief aim clearly was to slip off and disappear behind its owner’s back. “I’m a poor old thing,” it seemed to say. “I don’t shine – or, rather, I shine too much among these up-to-date young modes. I only hamper you. You would be much more comfortable without me.” To persuade it to accompany him, its proprietor had to employ force, keeping fastened the lowest of its three buttons. At every step, it struggled for its liberty. Another characteristic of Peter’s, linking him to the past, was his black silk cravat, secured by a couple of gold pins chained together. Watching him as he now sat writing, his long legs encased in tightly strapped grey trousering, crossed beneath the table, the lamplight falling on his fresh-complexioned face, upon the shapely hand that steadied the half-written sheet, a stranger might have rubbed his eyes, wondering by what hallucination he thus found himself in presence seemingly of some young beau belonging to the early ’forties; but looking closer, would have seen the many wrinkles.

“Come in!” repeated Mr. Peter Hope, raising his voice, but not his eyes.

The door opened, and a small, white face, out of which gleamed a pair of bright, black eyes, was thrust sideways into the room.

“Come in!” repeated Mr. Peter Hope for the third time. “Who is it?”

A hand not over clean, grasping a greasy cloth cap, appeared below the face.

The door opened wider, and the whole of the figure slid in and, closing the door behind it, sat itself down upon the extreme edge of the chair nearest.

“Which are you —Central News or Courier?” demanded Mr. Peter Hope, but without looking up from his work.

The bright, black eyes, which had just commenced an examination of the room by a careful scrutiny of the smoke-grimed ceiling, descended and fixed themselves upon the one clearly defined bald patch upon his head that, had he been aware of it, would have troubled Mr. Peter Hope. But the full, red lips beneath the turned-up nose remained motionless.

That he had received no answer to his question appeared to have escaped the attention of Mr. Peter Hope. The thin, white hand moved steadily to and fro across the paper. Three more sheets were added to those upon the floor. Then Mr. Peter Hope pushed back his chair and turned his gaze for the first time upon his visitor.

To Peter Hope, hack journalist, long familiar with the genus Printer’s Devil, small white faces, tangled hair, dirty hands, and greasy caps were common objects in the neighbourhood of that buried rivulet, the Fleet. But this was a new species. Peter Hope sought his spectacles, found them after some trouble under a heap of newspapers, adjusted them upon his high, arched nose, leant forward, and looked long and up and down.

The figure rose to its full height of five foot one and came forward slowly.

Over a tight-fitting garibaldi of blue silk, excessively décolleté, it wore what once had been a boy’s pepper-and-salt jacket. A worsted comforter wound round the neck still left a wide expanse of throat showing above the garibaldi. Below the jacket fell a long, black skirt, the train of which had been looped up about the waist and fastened with a cricket-belt.

“Who are you? What do you want?” asked Mr. Peter Hope.

For answer, the figure, passing the greasy cap into its other hand, stooped down and, seizing the front of the long skirt, began to haul it up.

But by this time the skirt had practically disappeared, leaving to view a pair of much-patched trousers, diving into the right-hand pocket of which the dirty hand drew forth a folded paper, which, having opened and smoothed out, it laid upon the desk.

Mr. Peter Hope pushed up his spectacles till they rested on his eyebrows, and read aloud – “‘Steak and Kidney Pie, 4d.; Do. (large size), 6d.; Boiled Mutton – ’”

“That’s where I’ve been for the last two weeks,” said the figure, – “Hammond’s Eating House!”

The listener noted with surprise that the voice – though it told him as plainly as if he had risen and drawn aside the red rep curtains, that outside in Gough Square the yellow fog lay like the ghost of a dead sea – betrayed no Cockney accent, found no difficulty with its aitches.

“But, my good – ” Mr. Peter Hope, checking himself, sought again the assistance of his glasses. The glasses being unable to decide the point, their owner had to put the question bluntly:

Mr. Peter Hope stood up, and taking the strange figure by the shoulders, turned it round slowly twice, apparently under the impression that the process might afford to him some clue. But it did not.

“What is your name?”

“What do you want? What have you come for?”

“You want somebody to do for you?”

“You mean a housekeeper!”

“Didn’t say anything about housekeeper. Said you wanted somebody to do for you – cook and clean the place up. Heard ’em talking about it in the shop this afternoon. Old lady in green bonnet was asking Mother Hammond if she knew of anyone.”

“Mrs. Postwhistle – yes, I did ask her to look out for someone for me. Why, do you know of anyone? Have you been sent by anybody?”

“You don’t want anything too ’laborate in the way o’ cooking? You was a simple old chap, so they said; not much trouble.”

“No – no. I don’t want much – someone clean and respectable. But why couldn’t she come herself? Who is it?”

“Well, what’s wrong about me?”

“Why won’t I do? I can make beds and clean rooms – all that sort o’ thing. As for cooking, I’ve got a natural aptitude for it. You ask Emma; she’ll tell you. You don’t want nothing ’laborate?”

“Elizabeth,” said Mr. Peter Hope, as he crossed and, taking up the poker, proceeded to stir the fire, “are we awake or asleep?”