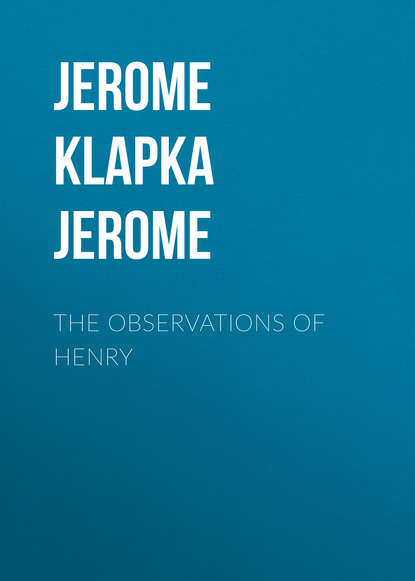 
I fetched it for her, and she wrote it and gave it to the porter then and there; and, that done, she sat down and finished her dinner.

She was a bit short with me after that; so I judged it best to keep my own place.

In the morning she got an answer that seemed to excite her, and that afternoon she left; and the next I heard of her was a paragraph in the newspaper, headed – “Death of the Marchioness of Appleford. Sad accident.” It seemed she had gone for a row on one of the Italian lakes with no one but a boatman. A squall had come on, and the boat had capsized. The boatman had swum ashore, but he had been unable to save his passenger, and her body had never been recovered. The paper reminded its readers that she had formerly been the celebrated tragic actress, Caroline Trevelyan, daughter of the well-known Indian judge of that name.

It gave me the blues for a day or two – that bit of news. I had known her from a baby as you might say, and had taken an interest in her. You can call it silly, but hotels and restaurants seemed to me less interesting now there was no chance of ever seeing her come into one again.

I went from Paris to one of the smaller hotels in Venice. The missis thought I’d do well to pick up a bit of Italian, and perhaps she fancied Venice for herself. That’s one of the advantages of our profession. You can go about. It was a second-rate sort of place, and one evening, just before lighting-up time, I had the salle-a-manger all to myself, and had just taken up a paper when I hears the door open, and I turns round.

I saw “her” coming down the room. There was no mistaking her. She wasn’t that sort.

I sat with my eyes coming out of my head till she was close to me, and then I says:

“Carrots!” I says, in a whisper like. That was the name that come to me.

“‘Carrots’ it is,” she says, and down she sits just opposite to me, and then she laughs.

I could not speak, I could not move, I was that took aback, and the more frightened I looked the more she laughed till “Kipper” comes into the room. There was nothing ghostly about him. I never see a man look more as if he had backed the winner.

“Why, it’s ‘Enery,” he says; and he gives me a slap on the back, as knocks the life into me again.

“I heard you was dead,” I says, still staring at her. “I read it in the paper – ‘death of the Marchioness of Appleford.’”

“That’s all right,” she says. “The Marchioness of Appleford is as dead as a door-nail, and a good job too. Mrs. Captain Kit’s my name, nee ‘Carrots.’”

“You said as ‘ow I’d find someone to suit me ‘fore long,” says “Kipper” to me, “and, by Jove! you were right; I ‘ave. I was waiting till I found something equal to her ladyship, and I’d ‘ave ‘ad to wait a long time, I’m thinking, if I ‘adn’t come across this one ‘ere”; and he tucks her up under his arm just as I remember his doing that day he first brought her into the coffee-shop, and Lord, what a long time ago that was!

That is the story, among others, told me by Henry, the waiter. I have, at his request, substituted artificial names for real ones. For Henry tells me that at Capetown Captain Kit’s First-class Family and Commercial Hotel still runs, and that the landlady is still a beautiful woman with fine eyes and red hair, who might almost be taken for a duchess – until she opens her mouth, when her accent is found to be still slightly reminiscent of the Mile-End Road.

THE USES AND ABUSES OF JOSEPH

It is just the same with what you may call the human joints,” observed Henry. He was in one of his philosophic moods that evening. “It all depends upon the cooking. I never see a youngster hanging up in the refrigerator, as one may put it, but I says to myself: ‘Now I wonder what the cook is going to make of you! Will you be minced and devilled and fricasseed till you are all sauce and no meat? Will you be hammered tender and grilled over a slow fire till you are a blessing to mankind? Or will you be spoilt in the boiling, and come out a stringy rag, an immediate curse, and a permanent injury to those who have got to swallow you?’

“There was a youngster I knew in my old coffee-shop days,” continued Henry, “that in the end came to be eaten by cannibals. At least, so the newspapers said. Speaking for myself, I never believed the report: he wasn’t that sort. If anybody was eaten, it was more likely the cannibal. But that is neither here nor there. What I am thinking of is what happened before he and the cannibals ever got nigh to one another. He was fourteen when I first set eyes on him – Mile End fourteen, that is; which is the same, I take it, as City eighteen and West End five-and-twenty – and he was smart for his age into the bargain: a trifle too smart as a matter of fact. He always came into the shop at the same time – half-past two; he always sat in the seat next the window; and three days out of six, he would order the same dinner: a fourpenny beef-steak pudding – we called it beef-steak, and, for all practical purposes, it was beef-steak – a penny plate of potatoes, and a penny slice of roly-poly pudding – ‘chest expander’ was the name our customers gave it – to follow. That showed sense, I always thought, that dinner alone; a more satisfying menu, at the price, I defy any human being to work out. He always had a book with him, and he generally read during his meal; which is not a bad plan if you don’t want to think too much about what you are eating. There was a seedy chap, I remember, used to dine at a cheap restaurant where I once served, just off the Euston Road. He would stick a book up in front of him – Eppy something or other – and read the whole time. Our four-course shilling table d’hote with Eppy, he would say, was a banquet fit for a prince; without Eppy he was of opinion that a policeman wouldn’t touch it. But he was one of those men that report things for the newspapers, and was given to exaggeration.

“A coffee-shop becomes a bit of a desert towards three o’clock; and, after a while, young Tidelman, for that was his name, got to putting down his book and chatting to me. His father was dead; which, judging from what he told me about the old man, must have been a bit of luck for everybody; and his mother, it turned out, had come from my own village in Suffolk; and that constituted a sort of bond between us, seeing I had known all her people pretty intimately. He was earning good money at a dairy, where his work was scouring milk-cans; and his Christian name – which was the only thing Christian about him, and that, somehow or another, didn’t seem to fit him – was Joseph.

“One afternoon he came into the shop looking as if he had lost a shilling and found sixpence, as the saying is; and instead of drinking water as usual, sent the girl out for a pint of ale. The moment it came he drank off half of it at a gulp, and then sat staring out of the window.

“‘Yes,’ he answers; ‘but, as it happens, it’s a shove up. I’ve been taken off the yard and put on the walk, with a rise of two bob a week.’ Then he took another pull at the beer and looked more savage than ever.

“‘Yes it is,’ he snaps back; ‘it means that if I don’t take precious good care I’ll drift into being a blooming milkman, spending my life yelling “Milk ahoi!” and spooning smutty-faced servant-gals across area railings.’