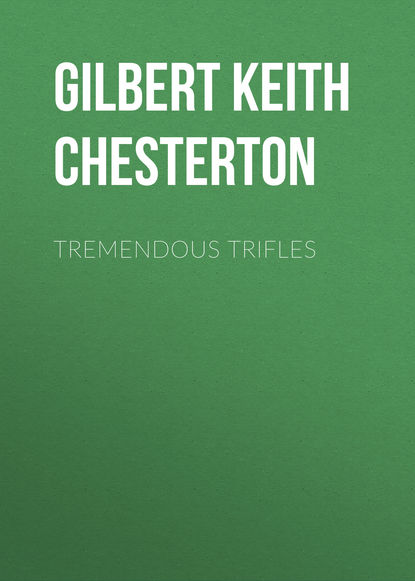 
As I sat staring at the column of the Bastille, inscribed to Liberty and Glory, there came out of one corner of the square (which, like so many such squares, was at once crowded and quiet) a sudden and silent line of horsemen. Their dress was of a dull blue, plain and prosaic enough, but the sun set on fire the brass and steel of their helmets; and their helmets were carved like the helmets of the Romans. I had seen them by twos and threes often enough before. I had seen plenty of them in pictures toiling through the snows of Friedland or roaring round the squares at Waterloo. But now they came file after file, like an invasion, and something in their numbers, or in the evening light that lit up their faces and their crests, or something in the reverie into which they broke, made me inclined to spring to my feet and cry out, “The French soldiers!” There were the little men with the brown faces that had so often ridden through the capitals of Europe as coolly as they now rode through their own. And when I looked across the square I saw that the two other corners were choked with blue and red; held by little groups of infantry. The city was garrisoned as against a revolution.

Of course, I had heard all about the strike, chiefly from a baker. He said he was not going to “Chomer.” I said, “Qu’est-ce que c’est que le chome?” He said, “Ils ne veulent pas travailler.” I said, “Ni moi non plus,” and he thought I was a class-conscious collectivist proletarian. The whole thing was curious, and the true moral of it one not easy for us, as a nation, to grasp, because our own faults are so deeply and dangerously in the other direction. To me, as an Englishman (personally steeped in the English optimism and the English dislike of severity), the whole thing seemed a fuss about nothing. It looked like turning out one of the best armies in Europe against ordinary people walking about the street. The cavalry charged us once or twice, more or less harmlessly. But, of course, it is hard to say how far in such criticisms one is assuming the French populace to be (what it is not) as docile as the English. But the deeper truth of the matter tingled, so to speak, through the whole noisy night. This people has a natural faculty for feeling itself on the eve of something – of the Bartholomew or the Revolution or the Commune or the Day of Judgment. It is this sense of crisis that makes France eternally young. It is perpetually pulling down and building up, as it pulled down the prison and put up the column in the Place de La Bastille. France has always been at the point of dissolution. She has found the only method of immortality. She dies daily.

X. On Lying in Bed

Lying in bed would be an altogether perfect and supreme experience if only one had a coloured pencil long enough to draw on the ceiling. This, however, is not generally a part of the domestic apparatus on the premises. I think myself that the thing might be managed with several pails of Aspinall and a broom. Only if one worked in a really sweeping and masterly way, and laid on the colour in great washes, it might drip down again on one’s face in floods of rich and mingled colour like some strange fairy rain; and that would have its disadvantages. I am afraid it would be necessary to stick to black and white in this form of artistic composition. To that purpose, indeed, the white ceiling would be of the greatest possible use; in fact, it is the only use I think of a white ceiling being put to.

But for the beautiful experiment of lying in bed I might never have discovered it. For years I have been looking for some blank spaces in a modern house to draw on. Paper is much too small for any really allegorical design; as Cyrano de Bergerac says, “Il me faut des géants.” But when I tried to find these fine clear spaces in the modern rooms such as we all live in I was continually disappointed. I found an endless pattern and complication of small objects hung like a curtain of fine links between me and my desire. I examined the walls; I found them to my surprise to be already covered with wallpaper, and I found the wallpaper to be already covered with uninteresting images, all bearing a ridiculous resemblance to each other. I could not understand why one arbitrary symbol (a symbol apparently entirely devoid of any religious or philosophical significance) should thus be sprinkled all over my nice walls like a sort of small-pox. The Bible must be referring to wallpapers, I think, when it says, “Use not vain repetitions, as the Gentiles do.” I found the Turkey carpet a mass of unmeaning colours, rather like the Turkish Empire, or like the sweetmeat called Turkish Delight. I do not exactly know what Turkish Delight really is; but I suppose it is Macedonian Massacres. Everywhere that I went forlornly, with my pencil or my paint brush, I found that others had unaccountably been before me, spoiling the walls, the curtains, and the furniture with their childish and barbaric designs.

Nowhere did I find a really clear space for sketching until this occasion when I prolonged beyond the proper limit the process of lying on my back in bed. Then the light of that white heaven broke upon my vision, that breadth of mere white which is indeed almost the definition of Paradise, since it means purity and also means freedom. But alas! like all heavens, now that it is seen it is found to be unattainable; it looks more austere and more distant than the blue sky outside the window. For my proposal to paint on it with the bristly end of a broom has been discouraged – never mind by whom; by a person debarred from all political rights – and even my minor proposal to put the other end of the broom into the kitchen fire and turn it to charcoal has not been conceded. Yet I am certain that it was from persons in my position that all the original inspiration came for covering the ceilings of palaces and cathedrals with a riot of fallen angels or victorious gods. I am sure that it was only because Michael Angelo was engaged in the ancient and honourable occupation of lying in bed that he ever realized how the roof of the Sistine Chapel might be made into an awful imitation of a divine drama that could only be acted in the heavens.