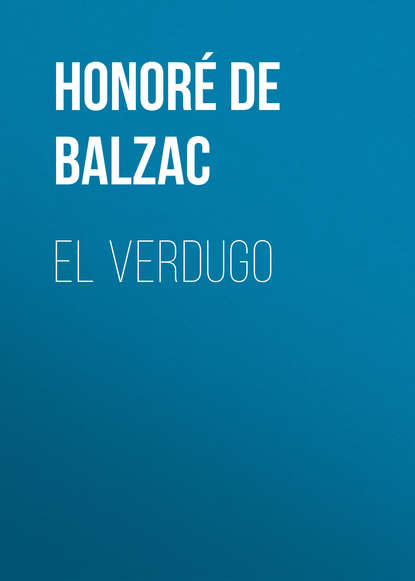 The clock of the little town of Menda had just struck midnight. At that moment a young French officer, leaning on the parapet of a long terrace which bordered the gardens of the chateau de Menda, seemed buried in thoughts that were deeper than comported with the light-hearted carelessness of military life; though it must be said that never were hour, scene, or night more propitious for meditation. The beautiful sky of Spain spread its dome of azure above his head. The scintillation of the stars and the soft light of the moon illumined the delightful valley that lay at his feet. Resting partly against an orange-tree in bloom, the young major could see, three hundred feet below him, the town of Menda, at the base of the rock on which the castle is built. Turning his head, he looked down upon the sea, the sparkling waters of which encircled the landscape with a sheet of silver.

The chateau was illuminated. The joyous uproar of a ball, the sounds of an orchestra, the laughter of the dancers came to him, mingling with the distant murmur of the waves. The coolness of the night gave fresh energy to his body, that was tired with the heat of the day. Besides which, the gardens were planted with trees so balmy and flowers so sweet, that the young man felt as if plunged in a perfumed bath.

The chateau de Menda belonged to a grandee of Spain, who was at this time living there with his family. During the whole evening, the eldest daughter had looked at the young officer with an interest expressing extreme sadness, and such implied compassion on the part of a Spaniard might well have caused the reverie of the Frenchman. Clara was beautiful; and though she had three brothers and one sister, the wealth of the Marquis de Leganes seemed sufficient to justify Victor Marchand in believing that the young lady would be richly dowered. But could he dare to believe that the daughter of the proudest noble in Spain would be given to the son of a Parisian grocer? Besides, Frenchmen were hated. The marquis having been suspected by General G – t – r, who governed the province, of preparing an insurrection in favor of Ferdinand VII., the battalion commanded by Victor Marchand was quartered in the little town of Menda, to hold in check the neighboring districts, which were under the control of the Marquis de Leganes.

A recent despatch from Marechal Ney made it seem probable that the English would soon land a force upon the coast; and he mentioned the marquis as the man who was believed to be in communication with the cabinet of London. Thus, in spite of the cordial welcome which that Spaniard had given to Victor Marchand and his soldiers, the young officer held himself perpetually on his guard. As he came from the ballroom to the terrace, intending to cast his eye upon the state of the town and the outlying districts confided to his care, he asked himself how he ought to interpret the good will which the marquis never failed to show him, and whether the fears of his general were warranted by the apparent tranquillity of the region. But no sooner had he reached the terrace than these thoughts were driven from his mind by a sense of prudence, and also by natural curiosity.

He saw in the town a great number of lights. Although it was the feast of Saint James, he had, that very morning, ordered that all lights should be put out at the hour prescribed in the army regulations, those of the chateau alone excepted. He saw, it is true, the bayonets of his soldiers gleaming here and there at their appointed posts; but the silence was solemn, and nothing indicated that the Spaniards were disregarding his orders in the intoxication of a fete. Endeavoring to explain to himself this culpable and deliberate infraction of rules on the part of the inhabitants, it struck him as the more incomprehensible because he had left a number of officers in charge of patrols who were to make their rounds during the night, and enforce the regulations.

With the impetuosity of youth, he was about to spring through an opening in the terrace wall, and descend by the rocks more rapidly than by the usual road to a little outpost which he had placed at the entrance of the town, on the side toward the chateau, when a slight noise arrested him. He fancied he heard the light step of a woman on the gravelled path behind him. He turned his head and saw no one, but his eyes were caught by an extraordinary light upon the ocean. Suddenly he beheld a sight so alarming that he stood for a moment motionless with surprise, fancying that his senses were mistaken. The white rays of the moonlight enabled him to distinguish sails at some distance. He tried to convince himself that this vision was an optical delusion caused by the caprices of the waves and the moon. At that moment, a hoarse voice uttered his name. He looked toward the opening in the wall, and saw the head of the orderly who had accompanied him to the chateau rising cautiously through it.

"Yes. What is it?" replied the young man, in a low voice, a sort of presentiment warning him to act mysteriously.

"Those rascals are squirming like worms," said the man; "and I have come, if you please, to tell you my little observations."

"I have just followed from the chateau a man with a lantern who is coming this way. A lantern is mightily suspicious! I don't believe that Christian has any call to go and light the church tapers at this time of night. They want to murder us! said I to myself, so I followed his heels; and I've discovered, commander, close by here, on a pile of rock, a great heap of fagots – he's after lighting a beacon of some kind up here, I'll be bound – "