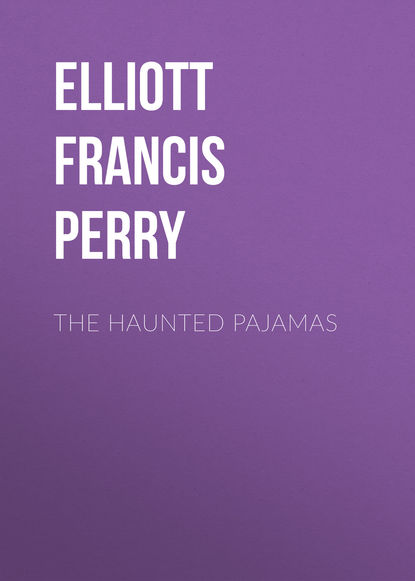 A PRESENT FROM CHINA

It was the first thing I saw that night as I swung into my chambers. Fact is, for the moment, it was the only thing I saw. Somehow, its splash of yellow there under the shaded lamp seemed to catch my eye and hold it.

I screwed my glass tight and examined the thing with interest. Nothing remarkable; just a tiny, oblong package, bearing curious foreign markings, its wrapper plainly addressed to me, but —

"By Jove! From China!" I ejaculated.

Somebody in far-off China sending me a present, with duties and charges prepaid evidently.

What the deuce was it? I shook it without getting any revelation; then I weighed it in my hand.

The thing was devilish light! In fact, so light that, allowing for outside wrapper and box, dashed if I could see how there was anything at all.

Then I had an awful thought: Suppose, by Jove, they had forgotten to inclose the thing – whatever it was! Jolly tiresome, that, if they had. I felt devilish annoyed.

Really, awfully provoking to do that sort of thing, you know; and I was jolly sure now the dashed thing had been wrapped up empty. I wondered what silly ass I knew in China who would be likely to do a thing like that. I couldn't think of any one at all I knew in China, so I rang for Jenkins.

"Anybody I know in China, Jenkins?" I asked. And to help him out, I added: "Fact is, some chap's sent me a package, you know."

"Name on box, sir, perhaps." Said it offhand, just like that – no trouble of thinking, dash it all – never even blinked. Just instinct, by Jove!

And there it was, nicely printed in the corner with a pen:

I read it aloud – can't read anything, you know, unless I read it aloud – and looked at Jenkins inquiringly. But he came right up to the scratch; just seemed to get it from somewhere right out of the wall over my head:

"Beg pardon, sir; but think it's that London gentleman – entertained you at the Carlton when you were over the other side."

Mastermann! By Jove, so it was – I began to remember him now, because I remembered his dinner, several of them, in fact, during the three years I had lived over there, acquiring the English accent – manner, you know – and all that sort of thing!

Mastermann – oh, yes, I had him, now! Jolly rum old boy, but entertaining and clever – long hair, pink wart on jaw! And, by Jove, I had promised him – promised him – what the deuce was it I had promised him? Let me see: he was something or other in the foreign office; yes, I had that – and tremendously interested in mummies and psychical investigation and rum sort of things like that, and —

"By Jove!" I ejaculated, as it came to me. "And for that reason he wanted them to send him out to China."

"Beg pardon, sir," put in Jenkins, "but think you had a letter with a Chinese postmark last week."

He looked around at my little writing-desk and coughed slightly behind his hand.

"Was just a-wondering, sir, if it might not be among those you haven't opened – there are several piles. If I might look, sir – "

I nodded. Fact is, I allow Jenkins much privilege, owing to long service. Then, you know – oh, dash it, he's so original – so refreshing and that sort of thing – so surprising. Just as in this case, he thinks of so many devilishly ingenious, out-of-the-way sort of things!

It was Jenkins' idea that I find out what was in the box by just opening the dashed thing while he looked for the letter.

Clever that, eh? Well, rather!

So I unsheathed my little pocket manicure knife, cut the strings and removed the wrapper. Inside was just a little, straw-covered box with a telescope cover and inside the box, wrapped in tissue, was a tight roll of bright red silk.

That was all – not another thing but this little silk roll. It was a wad as thick as three fingers and perhaps twice as long, tied with a bit of common string, ending in a loose bowknot.

I gripped my glass a bit tighter in my eye and took a long shot at the thing. But dashed if I could make anything out of it at all. You see, the string went around it at least three or four times. Such a devilish secretive way to fix a thing, don't you think?

A queer, sweet, spicy sort of odor swept past me that reminded me of the atmosphere at Santine's and places in the Metropolitan Art Museum. I sat down, the better to think it over, turning the little roll in my hand and trying to think of all the things it might be.

"Looks like it might be a red silk muffler, Jenkins," I exclaimed in disgust. By Jove, I was never so devilish disappointed in my life – never – I'm sure of it! If I had been a girl I should have cried – dash it, I know I should.

I pinched the roll gloomily.

"If it's a red silk muffler, Jenkins, catch me wearing it, that's all!" I burst out indignantly. "Rotten bad form, if you ask me. I'd look like an out-and-out bounder!"

Then I had a horrible thought:

Here Jenkins thrust a letter at me. "Perhaps this may explain it, sir," he suggested.

Sure enough, it was from Hong Kong, and from that chap, Mastermann. Out there on special mission for his government, he said. I don't know what it was – never did know, in fact, for I skipped down to this paragraph, which I read aloud:

"Every puff of those rare cigars you sent me has but reminded me that my debt to you is still unpaid."

I read thus far; then I read it again. But I could make nothing of it.

Then I forgot the letter as I stared at Jenkins.

"And what's the matter with you?" I demanded.

For I had caught him with his hand over his mouth, obviously trying to suppress a chuckle. He sobered instantly, but seemed embarrassed for a reply.

He started to speak, then pulled up. His breath went out in a sort of sigh. And he just stood there looking at me, and looking kind of scared.

Fact! Perfectly irreproachable service for five years; and now here, dash it, showing emotion and that sort of thing, just like – well, like people, by Jove! Gad, I don't mind saying I was devilish put out! I screwed my glass rather severely and he made another go: