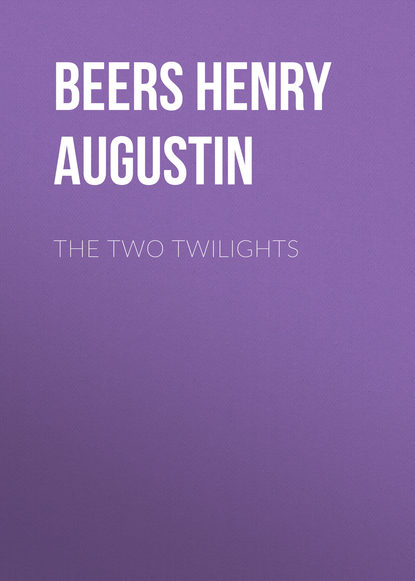 The contents of this volume include selections from two early books of verse, long out of print; a few pieces from The Ways of Yale (Henry Holt & Co); and a handful of poems contributed of late years to the magazines and not heretofore collected.

For permission to use copyrighted material my thanks are due to Messrs. Henry Holt & Co., and to the publishers of Harper's Monthly Magazine and of the Yale Review.

The muses ring my bell and run away.
I spy you, rogues, behind the evergreen:
You, wild Thalia, romper in the hay;
And you, Terpsichore, you long-legged quean.
When I was young you used to come and stay,
But, now that I grow older, 'tis well seen
What tricks ye put upon me. Well-a-day!
How many a summer evening have ye been
Sitting about my door-step, fain to sing
And tell old tales, while through the fragrant dark
Burned the large planets, throbbed the brooding sound
Of crickets and the tree-toads' ceaseless ring;
And in the meads the fire-fly lit her spark
Where from my threshold sank the vale profound.

So late and long the shadows lie
Under the quadrangle wall:
From such a narrow strip of sky
So scant an hour the sunbeams fall,
They hardly come to touch at all
This cool, sequestered corner where,
Beside the chapel belfry tall,
I cultivate my small parterre.

Poor, sickly blooms of Academe,
Recluses of the college close,
Whose nun-like pallor would beseem
The violet better than the rose:
There's not a bud among you blows
With scent or hue to lure the bee:
Only the thorn that on you grows —
Only the thorn grows hardily.

Pale cloisterers, have you lost so soon
The way to blush? Do you forget
How once, beneath the enamored moon,
You climbed against the parapet,
To touch the breast of Juliet
Warm with a kiss, wet with a tear,
In gardens of the Capulet,
Far south, my flowers, not here – not here?

THE WINDS OF DAWN

Whither do ye blow?
For now the moon is low.
Whence is it that ye come,
And where is it ye go?
All night the air was still,
The crickets' song was shrill;
But now there runs a hum
And rustling through the trees.
A breath of coolness wakes,
As on Canadian lakes,
And on Atlantic seas,
And each high Alpine lawn
Begin the winds of dawn.

I would not be
A voyager on the windy seas:
More sweet to me
This bank where crickets chirp, and bees
Buzz drowsy sunshine minstrelsies.

I would not bide
On lonely heights where shepherds dwell.
At twilight tide
The sounds that from the valley swell,
Soft breathing lute and herdsman's bell,
Are sweeter far
Than music of cold mountain rills.
The evening star
Wakes love and song below, but chills
With mist and breeze the gloomy hills.

I would not woo
Some storm-browed Juno, queenly fair.
Soft eyes of blue
And sudden blushes unaware
Do net my heart in silken snare.