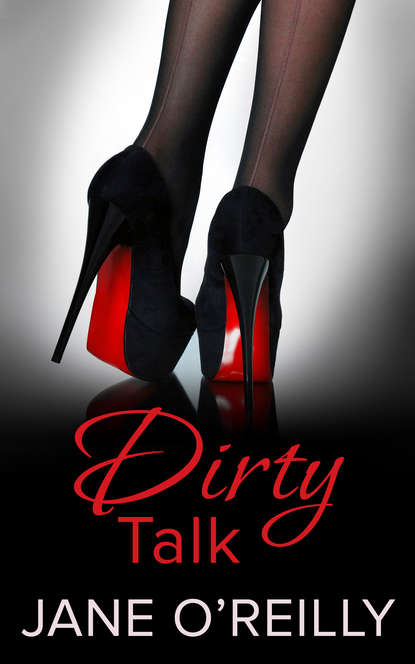 When words are not enough…Amy can’t believe she’s let herself be bullied into a write off with the odious Dave. Now she needs to produce twenty pages of a story by next Friday – the content is to be of a very particular nature!Fortunately Amy has an advantage: she’s a secret – and voracious – reader of erotica and she knows just what turns her on! But when it comes to putting her own words down on paper embarrassment and nerves have left her with a severe case of writers block…Enter her good friend Phil. While she’s always thought him too sexy to be true her crippling shyness has held her back. But with Phil as her willing muse, Amy’s reality is suddenly more erotic than any fantasy…

When words are not enough…

Amy can’t believe she’s let herself be bullied into a write off with the odious Dave. Now she needs to produce twenty pages of a story by next Friday – the content is to be of a very particular nature!

Fortunately Amy has an advantage: she’s a secret – and voracious – reader of erotica and she knows just what turns her on! But when it comes to putting her own words down on paper embarrassment and nerves have left her with a severe case of writers block…

First published in Great Britain by HQ in 2015

It’s a typical Friday night in the pub, and the usual crowd is here. Two men, two women, two pints of lager, two glasses of white wine and a conversation that inevitably steers in the direction of the thing that men and women do after too many pints of lager and too many glasses of wine. It’s gone there tonight, unsurprisingly, though about ten minutes ago, it took an unexpected turn. I should have kept quiet, I know I should, but if we’re going to discuss literature, I feel it’s my duty to join in.

‘Book sex is not better than real sex,’ Dave says, his voice loaded with derision.

I don’t like Dave. I want to clarify that up front. I tried to like him, really I did, ever since Jules said that she’d met this really amazing guy at work. She said he treated her like a princess, that he made her feel like the most important woman in the world, that she couldn’t believe a man like him would be interested in a woman like her. I tried the first time I met him, and the second. By the third, it was getting a little difficult. I surrendered to the inevitable shortly after that, though I didn’t tell Jules, because I didn’t want to ruin our friendship.

I like Phil. We’ve been friends since college. I met him when I couldn’t work the photocopier in the college library, and he helped me out. As for the sort of book I’m reading, well. I can’t help thinking about the one I started reading last night, Spank Me Sir, and the delicious scene I’d got to, in which the hero, Mr Smith, had bent the heroine Sally over the end of the bed and was preparing to do some shocking things to her bare backside. I squirm a little in my seat just at the memory of it, and wish that I was home right now, finding out exactly what those shocking things are, because that’s the sort of sex I’m having. The imaginary kind.

That jerks me back into the conversation, not just because that’s the first thing Jules has said all evening. ‘Read what?’ I also like Jules, or at least I used to, before she started going out with Dave. She had the room next door to mine in halls. We met on our first day, when we didn’t know anyone else, and it stuck.

‘A dirty book,’ she replies, with enough emphasis to let me know that I’m supposed to know what she’s talking about.

My face flushes, an instant of panic, until I catch my breath. ‘I don’t read dirty books!’ I say loudly. It’s a lie, of course. I wipe the condensation from the edge of my glass. They don’t know that I was up until midnight, barely able to breathe as I devoured page after page of one.