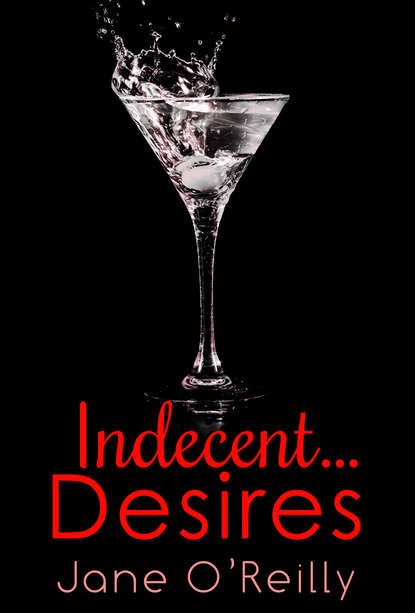 Her wish is his command.By day, Meredith is a divorced, 30-something control freak, organizing the stationery cupboard and searching for her next husband and future father of her children from among the suited drones in the office.By night, she watches from her darkened bedroom as a 20-something Adonis pleasures himself at his window in the building across the road – following to the letter the instructions she has put through his letterbox.But when her sexy exhibitionist comes to work in her office, Meredith’s two worlds collide… and she finds there are other uses for the stationery cupboard.The third book in the Indecent… trilogy:Indecent…ExposureIndecent…ProposalIndecent…DesiresPraise for Jane O'Reilly'Jane O'Reilly's Indecent trilogy contains three loosely connected novellas, each one sexier than the last.' - Romance Novels News'This might be a super quick read, but its also really hot!' - Ramblings from This Chick on Indecent…Exposure'It’s a fearless, smart, sweet, dirty read- full of character, swoon and humor. My favorite kind!' - Book Crack on Indecent…Exposure'I thought this one was a little gem. Highly recommended' - Kaetrin's Musings on Indecent…Exposure'Warning – if you are not a lover of hot sex, hot men, and adult situations then do not read this story. If, however, you love all of those, then read and enjoy!' - Fiona's Book Reviews on Indecent…Exposure'Five amazing, glorious, wonderful, dirty stars. There are two more books in this series and trust me, they sound just as fabulous as Indecent Exposure. I will definitely be grabbing those two as soon as possible and telling you all about them!' - These Pretty Words on Indecent…Exposure

Her wish is his command.

By day, receptionist Meredith is a divorced, thirty-something controlaholic, organising the stationery cupboard and wondering if any of the dull-as-ditchwater suited execs in her office might turn out to be The One.

By night, she watches from her darkened bedroom as a twenty-something Adonis pleasures himself at his window in the building across the road – following to the letter the instructions she has brazenly put through his letterbox.

But when her sexy exhibitionist comes to work in her office, Meredith’s two worlds collide… It turns out that there are far more pleasurable uses for the stationery cupboard!

started writing as an antidote to kids’ TV when her youngest child was a baby. Her first novel was set in her old school and involved a ghost and lots of death. It’s unpublished, which is probably for the best. Then she wrote a romance, and that, as they say, was that. She lives near London with her husband and two children. Sign up for her newsletter at www.janeoreilly.com (http://www.janeoreilly.com), or find her on Twitter as @janeoreilly and Facebook at www.facebook.com/janeoreillyauthor (http://www.facebook.com/janeoreillyauthor)

I don’t remember when I first saw the man who lives in the flat opposite mine, primarily because I refused to allow myself to notice him. I mean, I noticed him. He’s young and pretty, exactly the sort of man I have no right to have any interest in, being thirty-four and divorced and a regular wearer of Spanx. So I kept him in my peripheral vision, forcing myself not to notice when he left his flat, or when he occasionally walked along the street in front of me. But I remember the first time I saw him perform.

And by perform, I mean sit in front of his bedroom window and, you know, touch himself. It’s become a regular thing now. Every evening, I sneak into my bedroom at 8.55 p.m. At 9 p.m. his bedroom light goes on and the performance begins. When he didn’t appear last Saturday night it worried me so much that I almost called the police. The only thing that stopped me was wondering what I would say: Sorry officer, but the young man who lives across the street seems to have disappeared. How long has he been missing? Only this evening. Yes, I know that’s not very long, but he has a regular masturbation routine. You can set your watch by it.

But he’s not absent tonight; in fact he’s very much present, sat on a chair in front of his window. We’re three floors up, so no one down on the street can see him. I don’t know if anyone but me can see him. I have my lights turned off, so he can’t see me, but I know that he knows I am watching.

I know because I have been slipping notes into his letterbox on a daily basis and he has been following my instructions to a tee. Sometimes I ask him to wear a T-shirt, sometimes his boxers. Sometimes I request fully clothed. Tonight however, he’s naked, and I can see all those acres of tanned, beautiful skin. Lean and tight and gorgeous. He looks to be in his early twenties, which makes him ten years younger than me. A very horny ten years younger. A shudder runs through me as he strokes a hand over his erect penis and closes his eyes, as if he has been waiting all day to do this, as if he needs to do it.