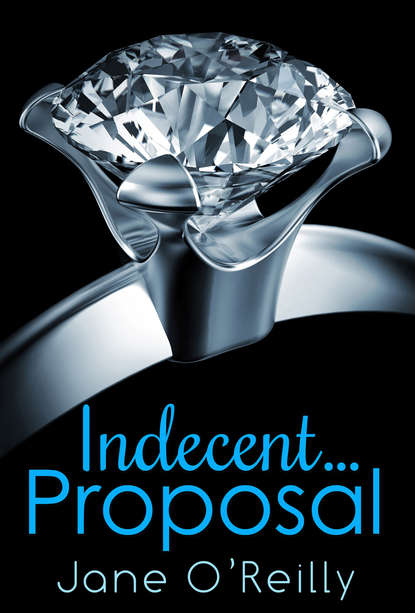 The perfect wedding night!Amber is a sexual adventurer. But when two of her favourite friends get married - to each other! - she feels a little down. At their wedding, seducing one of the ushers gives her a quick fix…but when she’s caught in the act by her best friend’s handsome but uptight brother Scott she gets a real taste for mischief.Amber knows Scott wants her – and she tempts him into sexual explorations beyond his wildest dreams. But then Scott turns the tables, demanding something of her that’s way beyond her comfort zone. Something that frightens her. Amber likes being tied up… but can she be tied down?The second book in the Indecent… trilogy:Indecent…ExposureIndecent…ProposalIndecent…DesiresPraise for Jane O'Reilly'Jane O'Reilly's Indecent trilogy contains three loosely connected novellas, each one sexier than the last.' - Romance Novels News'This might be a super quick read, but its also really hot!' - Ramblings from This Chick on Indecent…Exposure'It’s a fearless, smart, sweet, dirty read- full of character, swoon and humor. My favorite kind!' - Book Crack on Indecent…Exposure'I thought this one was a little gem. Highly recommended' - Kaetrin's Musings on Indecent…Exposure'Warning – if you are not a lover of hot sex, hot men, and adult situations then do not read this story. If, however, you love all of those, then read and enjoy!' - Fiona's Book Reviews on Indecent…Exposure'Five amazing, glorious, wonderful, dirty stars. There are two more books in this series and trust me, they sound just as fabulous as Indecent Exposure. I will definitely be grabbing those two as soon as possible and telling you all about them!' - These Pretty Words on Indecent…Exposure

Amber’s not the bride, but at this wedding she’s willing to say ‘I Do’ to almost anything…

Amber is a sexual adventurer. But at the wedding of two of her friends with benefits, she feels a little down. Cheering herself up with a quickie against a wall with one of the ushers, she’s caught in the act by her best friend’s handsome but uptight brother Scott – giving her a real taste for mischief.

Amber knows Scott wants her – and she tempts him into sexual explorations beyond his wildest dreams. But then Scott turns the tables, demanding something of her that’s way beyond her comfort zone. Something that frightens her. Amber likes being tied up… but can she be tied down?

JANE O’REILLY started writing as an antidote to kids’ TV when her youngest child was a baby. Her first novel was set in her old school and involved a ghost and lots of death. It’s unpublished, which is probably for the best. Then she wrote a romance, and that, as they say, was that. She lives near London with her husband and two children. Find her at www.janeoreilly.com (http://www.janeoreilly.com) where you can sign up for her newsletter, on Twitter as @janeoreilly (http://twitter.com/janeoreilly) and on Facebook at www.facebook.com/janeoreillyauthor (http://www.facebook.com/janeoreillyauthor)

I knew that coming to the wedding was a mistake, but I did it anyway. I knew the bottle of pink champagne wouldn’t help, but I made friends with it anyway. I knew when I watched those slender platinum bands slide onto trembling fingers that they only belonged to each other, now. I knew when I saw him kiss her that something had been made that I could not be part of. So I clutched my bridesmaid’s bouquet and I fixed on a smile, and I pretended to laugh at the speeches, and then I asked the man stood behind me in the buffet queue if he had a big cock.

‘I do OK,’ he replied, once the shock had worn off. ‘I’ve never had any complaints. My name is Lucas, by the way.’

‘Amber,’ I replied. ‘Are you sure it’s big? Most women are too polite to complain. Or they just haven’t seen enough cocks and don’t know what a big one really looks like.’