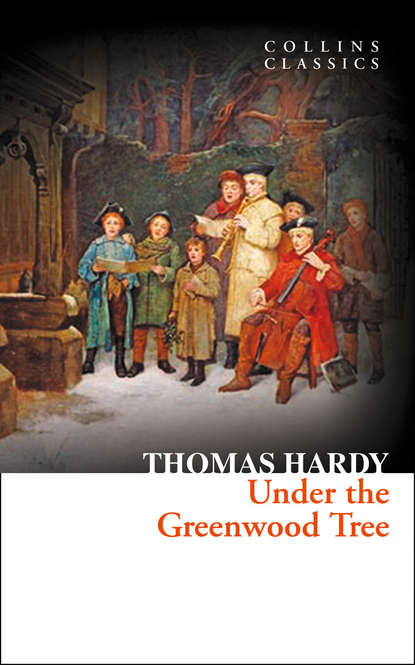 Under the Greenwood Tree
Thomas Hardy

HarperCollins is proud to present its incredible range of best-loved, essential classics.From the author of ‘Tess of the D’Urbervilles’, ‘Under the Greenwood Tree’ is a tale of love, tragedy, and the changing charm of traditional village life when it is met with the cold reality of modernity.Centring on the quaint rural village of Mellstock, set deep within Hardy’s imagined and picturesque county of Wessex, the novel revolves around a double plot of the hopeful love story of Dick Dewey and Fancy Day and the tragic demise of the Mellstock Choir, and what the crumbling of long-held traditions means to the local community. The arrival of Mr Maybold, a new vicar with newfangled ideas, unsettles the local community with ideas of revolutionary change, in which the church and its generations-old choir are an anchor.Considered one of Hardy’s most upbeat and optimistic novels, Under the Greenwood Tree explores issues of past and future, hope and love, and is a delightful addition to the Collins’ canon of Thomas Hardy classic novels.

UNDER THE GREENWOOD TREE

Chapter 1 Passing by the School (#litres_trial_promo)

Chapter 2 A Meeting of the Quire (#litres_trial_promo)

Chapter 3 A Turn in the Discussion (#litres_trial_promo)

Chapter 4 The Interview with the Vicar (#litres_trial_promo)

Chapter 2 Further Along the Road (#litres_trial_promo)

Chapter 3 Fancy in the Rain (#litres_trial_promo)

Chapter 5 After Gaining Her Point (#litres_trial_promo)

Chapter 2 Under the Greenwood Tree (#litres_trial_promo)

In 1819, millworker William Collins from Glasgow, Scotland, set up a company for printing and publishing pamphlets, sermons, hymn books and prayer books. That company was Collins and was to mark the birth of HarperCollins Publishers as we know it today. The long tradition of Collins dictionary publishing can be traced back to the first dictionary William published in 1824, Greek and English Lexicon. Indeed, from 1840 onwards, he began to produce illustrated dictionaries and even obtained a licence to print and publish the Bible.

Soon after, William published the first Collins novel, Ready Reckoner, however it was the time of the Long Depression, where harvests were poor, prices were high, potato crops had failed and violence was erupting in Europe. As a result, many factories across the country were forced to close down and William chose to retire in 1846, partly due to the hardships he was facing.

Aged 30, William’s son, William II took over the business. A keen humanitarian with a warm heart and a generous spirit, William II was truly ‘Victorian’ in his outlook. He introduced new, up-to-date steam presses and published affordable editions of Shakespeare’s works and Pilgrim’s Progress, making them available to the masses for the first time. A new demand for educational books meant that success came with the publication of travel books, scientific books, encyclopaedias and dictionaries. This demand to be educated led to the later publication of atlases and Collins also held the monopoly on scripture writing at the time.