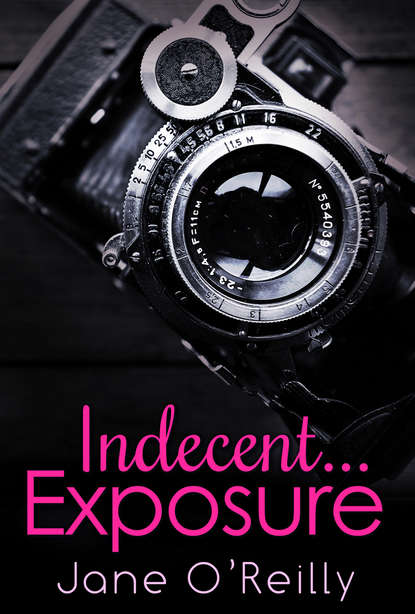 Setting up the money shot…Quiet, sensible Ellie Smithson is a highly respectable photographer by day – but there are only so many wedding photo-shoots you can take without your mind wandering to what happens when the blissfully happy bride is swept off her feet and straight to the honeymoon suite’s sumptuous four-poster bed…So after dark, Ellie takes pictures of a more…intimate nature – a dirty little secret she’s kept from her accountant Tom. Until now. It seems Tom is the subject of her next racy shoot!It isn’t just the blurring of work and personal boundaries that’s the problem; secretly Ellie has always had fantasies of a most unprofessional nature about the almost illegally gorgeous Tom. With such temptation on display, how will she ever stay behind the camera?!The first book in the Indecent… trilogy:Indecent…ExposureIndecent…ProposalIndecent…DesiresPraise for Jane O'Reilly'Jane O'Reilly's Indecent trilogy contains three loosely connected novellas, each one sexier than the last.' - Romance Novels News'This might be a super quick read, but its also really hot!' - Ramblings from This Chick'It’s a fearless, smart, sweet, dirty read- full of character, swoon and humor. My favorite kind!' - Book Crack'I thought this one was a little gem. Highly recommended' - Kaetrin's Musings'Warning – if you are not a lover of hot sex, hot men, and adult situations then do not read this story. If, however, you love all of those, then read and enjoy!' - Fiona's Book Reviews'Five amazing, glorious, wonderful, dirty stars. There are two more books in this series and trust me, they sound just as fabulous as Indecent Exposure. I will definitely be grabbing those two as soon as possible and telling you all about them!' - These Pretty Words

Setting up the money shot…

Quiet, sensible Ellie Smithson is a highly respectable photographer by day – but there are only so many wedding photo-shoots you can take without your mind wandering to what happens when the blissfully happy bride is swept off her feet and straight to the honeymoon suite’s sumptuous four-poster bed…

So after dark, Ellie takes pictures of a more…intimate nature – a dirty little secret she’s kept from her accountant Tom. Until now. It seems Tom is the subject of her next racy shoot!

It isn’t just the blurring of work and personal boundaries that’s the problem; secretly Ellie has always had fantasies of a most unprofessional nature about the almost illegally gorgeous Tom. With such temptation on display, how will she ever stay behind the camera?!

Jane O’Reilly started writing as an antidote to kids’ TV when her youngest child was a baby. Her first novel was set in her old school and involved a ghost and lots of death. It’s unpublished, which is probably for the best. Then she wrote a romance, and that, as they say, was that. She lives near London with her husband and two children. Find her at www.janeoreilly.com (http://www.janeoreilly.com), on Twitter as @janeoreilly and on Facebook at www.facebook.com/janeoreillyauthor (http://www.facebook.com/janeoreillyauthor)

I would like to thank the lovely Julie Cohen, for her Writing Sex course and her encouragement and suggestions, without which Indecent Exposure might have stayed hidden in the computer file of shame forever.

It’s not every day that your best friend crashes into your place of work and asks you to take photos of her sucking off someone you’d really rather she didn’t, and who absolutely shouldn’t know that you’re the sort of person who takes photos of that sort of thing.

So I guess today isn’t an everyday kind of day. Apart from the taking photographs part of it. That’s normal, for me anyway. Usually I take lovely, glossy, clean shots of children and weddings, but that’s not what Amber wants. She wants the other kind. The dirty and hot and downright rude kind that I do on the side and process in secret in my little dark room, like some sort of 1950s mac-wearing pornographer, only without the mac.

I’d gone for a white Marks and Sparks blouse and a knee-length skirt that morning, my routine Tuesday outfit. Everything was following the routine. Everything was normal. I wasn’t prepared for this at all. I can hear Tom’s breathing speeding up. Amber plants her hands firmly on his bare thighs, wiggles her arse up in the air, and gives him a slow, loud suck. She’s completely into this, into being photographed. It happens more often than you’d think. And it always, always gets the best pictures. When the client is getting off on the fact that I’m here, that I’m taking a set of erotic 8x10s for their husband or their boyfriend or just for their own pleasure. A lot of couples like looking at pictures of themselves. You wouldn’t believe the letters I get. Better than relationship counselling, apparently.

‘OK,’ I say, as her head plunges forwards and she opens her mouth wide and takes another long pull on him. She lets out a moan, sucks him deep into her throat again. I’d rather not say anything, but if I don’t, I won’t get good shots. ‘Move your head back a bit. That’s it. Keep the end in your mouth.’ She does as I ask, with some guidance from Tom Hunt’s big hands on the sides of her neat blonde bob. ‘Perfect.’ I take the shot, focusing all my attention on her, despite the fact that it keeps getting away from me, keeps switching to him.

‘Now I’d like to take some shots of you licking the end.’ Her wet, pink tongue slips between her lips, and she swirls it round the fat, swollen head of his cock. I move in closer and adjust the focus, making sure I get the shot exactly right. I lower the camera; check the image in the screen on the back. Dammit, the lighting isn’t right. ‘Hold on a second,’ I tell the two of them, or more specifically Amber, as I lean across and adjust the angle of the light. I’ve got to get the contrast just right. She wants everything to be all black and white and arty, so that when she slips the pictures through the letterbox of her cheating scumbag boyfriend, she’s not just saying two can play at that game, she’s saying andI do it with class. If I didn’t know that was what she wanted the pictures for, I’d have refused to take them.