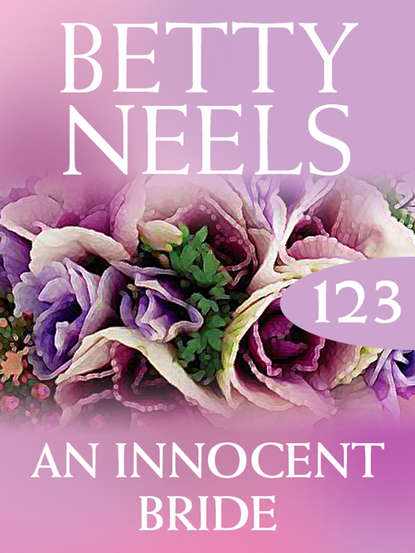 Mills & Boon presents the complete Betty Neels collection. Timeless tales of heart-warming romance by one of the world’s best-loved romance authors.A tender awakening…Aunt Thirza had been a lifeline to Katrina Gibbs, but her death left Katrina with little money and no marketable skills. She had inherited her aunt's small cottage in Dorset. She also, though she didn't know it, had Simon Glenville, the wonderful doctor who had cared for Aunt Thirza.Simon knew he loved Katrina, and he thought Katrina loved him, but so much had happened to her he wasn't at all sure this innocent but gallant girl was aware of it. When the time was right, he would propose, they'd plan a white wedding, and he would cherish her all their days…

“You will be at Rose Cottage until you start work again in September?”

“Oh, yes. Do you want to send another patient to stay with me?”

“No. I want you to be there, and free, so that whenever I can manage it, I can come and see you.”

“I’ve fallen in love with you, but you don’t feel the same about me yet.”

When she would have spoken, Simon said, “No, don’t say anything, just bear it in mind.” He spoke in a casual voice, then he added, “You won’t mind if I just turn up from time to time?”

Katrina drew a steadying breath. “No, I shan’t mind.”

Romance readers around the world were sad to note the passing of BETTY NEELS in June 2001. Her career spanned thirty years, and she continued to write into her ninetieth year. To her millions of fans, Betty epitomized the romance writer, and yet she began writing almost by accident. She had retired from nursing, but her inquiring mind still sought stimulation. Her new career was born when she heard a lady in her local library bemoaning the lack of good romance novels. Betty’s first book, Sister Peters in Amsterdam, was published in 1969, and she eventually completed 134 books. Her novels offer a reassuring warmth that was very much a part of her own personality. She was a wonderful writer, and she will be greatly missed. Her spirit and genuine talent will live on in all her stories.

THE road was narrow, high-hedged and overshadowed by trees, and, like so many English country lanes, it wound its way in a series of haphazard curves through the quiet countryside, free of traffic and pleasantly warm in the sunshine of a spring morning.

The man behind the wheel of the dark grey Bentley drove unhurriedly, enjoying the peace and quiet, reflecting that there were still quiet corners of rural England which one came upon by chance. There had been no village for some miles, and the last of the solitary cottages along the road he had passed a mile back; there had been no cars… As he thought that a motorbike came round the next curve, travelling fast and in the middle of the road, flashing past the Bentley with inches to spare, just missing it.

The driver of the Bentley swore quietly as he took the next bend in the road, to slide to a halt and get out of his car. The contents of a shopping basket were strewn across the road, a bicycle, no longer recognisable as such, was tossed to one side of the verge, and sitting near it was a girl.

She appeared unhurt but in a fine temper.

‘That idiot—did you see him? On the wrong side of the road, driving like a maniac.’

The man, walking towards her, thought what a splendid creature she was: a big girl, with quantities of dark brown hair and a face whose beauty wasn’t easily forgotten.

He reached her side, a giant of a man, no longer young, his pale hair grey at the temples, but handsome, with a high-bridged nose and a thin, mobile mouth.

He bent to look at her and saw the blood oozing from a cut on her leg.

‘Stay still for a moment; I’ll fetch my bag.’

When he returned she said, ‘You’re a doctor? A fortunate meeting.’

He was gently cleaning the wound. ‘Indeed, yes, but in hardly fortunate circumstances. This will need your doctor’s attention. Where else are you hurt? You weren’t knocked out?’

‘The best thing is for me to drive you to your home and get your own doctor to see you. You live near here?’

‘About a mile down the road. Rose Cottage—it’s on the left-hand side, and another half-mile or so to the village.’

He had bandaged her leg, cleaned the scratches on her arms and legs and brushed the bits and pieces from her hair. ‘You will have some nasty bruises,’ he told her. He closed his bag, bent and picked her up without apparent effort, and carried her across to his car.

As he settled her in the seat she said worriedly, ‘You shouldn’t have done that. I’m heavy.’

She wasn’t altogether pleased when he said casually, ‘But you’re a big girl, aren’t you?’

He smiled at her. He had a nice smile, kind and at the same time impersonal. And it was quite true; she was a big girl. She sat, on the edge of tears now, watching him gather up the contents of her shopping basket and then pick up the mangled wreck of her bike and put it tidily on the grass verge. The sight of it was too much, and tears were trickling down her dirty cheeks when he got into the car beside her.

He took a quick look, offered a very large, very white handkerchief, and said in a voice as kind and impersonal as his smile, ‘You’ll feel better once you’ve had a good cry. There’s nothing like it for relieving the feelings.’

He sat patiently while she sobbed and snuffled, then finally mopped her face, blew her nose and muttered, ‘I’ll wash your hanky and send it to you.’ She looked at him from a blotchy and still beautiful face. ‘My name’s Gibbs—Katrina Gibbs.’

He shook the hand she held out. ‘Simon Glenville. Is there anyone at home to look after you?’

‘Well, no, but there will be soon—around one o’clock.’

He picked up the car phone. ‘I’ll ring the police and your doctor. You shouldn’t be alone until there is someone to keep an eye on you.’