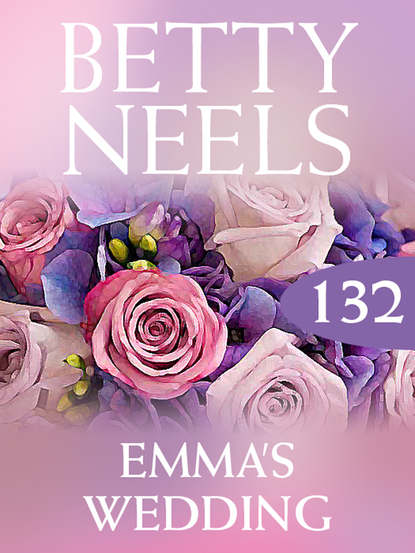 Mills & Boon presents the complete Betty Neels collection. Timeless tales of heart-warming romance by one of the world’s best-loved romance authors. Business proposal…or more?Meeting Dr. Roele van Dyke was a blessing for Emma Dawson. He always seemed to go out of his way to make her happy, and she couldn’t imagine life without him…. And when the time came for Roele to return to Amsterdam permanently, he knew he couldn’t leave Emma behind.So he offered her a job at his surgery. Emma was in love and simply couldn’t refuse. But did Roele want Emma to be his secretary or his wife?

He sat back in his chair and smiled at her. “Will you marry me, Emma?”

He was amused, but all he said was, “A sensible question. I need a wife to run my home, entertain my friends and—er—support me.”

“But Kulk runs your home beautifully and your friends might not like me. Besides, you don’t need supporting. Indeed, you’ve been supporting me.” She added politely, “Thank you for asking me. But I’ve had a very good idea this morning. I shall sell the cottage and then I can pay you back. Then I’ll get a job.”

“For such a sensible girl you have some odd ideas, Emma. How will you pay the rent and feed yourself on the kind of wages you are able to earn?”

“Well, I must say,” said Emma crossly, “this is a very strange conversation.”

“Indeed it is. Shall we start again. Will you marry me, Emma?”

Romance readers around the world were sad to note the passing of Betty Neels in June 2001. Her career spanned thirty years, and she continued to write into her ninetieth year. To her millions of fans, Betty epitomized the romance writer, and yet she began writing almost by accident. She had retired from nursing, but her inquiring mind still sought stimulation. Her new career was born when she heard a lady in her local library bemoaning the lack of good romance novels. Betty’s first book, Sister Peters in Amsterdam, was published in 1969, and she eventually completed 134 books. Her novels offer a reassuring warmth that was very much a part of her own personality. She was a wonderful writer, and she will be greatly missed. Her spirit and genuine talent will live on in all her stories.

THERE were three people in the room: an elderly man with a fringe of white hair surrounding a bald pate and a neat little beard, a lady of uncertain years and once very pretty, her faded good looks marred by a look of unease, and, sitting at the table between them, a girl, a splendid young woman as to shape and size, with carroty hair bunched untidily on top of her head and a face which, while not beautiful or even pretty, was pleasing to look at, with wide grey eyes, a haughty nose and a wide mouth, gently curved.

The elderly man finished speaking, shuffled the papers before him and adjusted his spectacles, and when her mother didn’t speak, only sat looking bewildered and helpless, the girl spoke.

‘We shall need your advice, Mr Trump. This is a surprise—we had no idea…Father almost never mentioned money matters to either Mother or me, although some weeks before he died…’ her voice faltered for a moment ‘…he told me that he was investing in some scheme which would make a great deal of money, and when I asked him about it he laughed and said it was all rather exciting and I must wait and see.’

Mr Trump said dryly, ‘Your father had sufficient funds to live comfortably and leave both your mother and you provided for. He invested a considerable amount of his capital in this new computer company set up by a handful of unscrupulous young men and for a few weeks it made profits, so that your father invested the rest of his capital in it. Inevitably, the whole thing fell apart, and he and a number of the other investors lost every penny. In order to avoid bankruptcy you will need to sell this house, the car, and much of the furniture. You have some good pieces here which should sell well.’

He glanced at her mother and added, ‘You do understand what I have told you, Mrs Dawson?’

‘We shall be poor.’ She gave a little sob. ‘There won’t be any money. How are we to live?’ She looked around her. ‘My lovely home—and how am I to go anywhere if we haven’t any car? And clothes? I won’t be shabby.’ She began to cry in real earnest. ‘Where shall we live?’ And before anyone could speak she added, ‘Emma, you must think of something…’

‘Try not to get upset, Mother. If this house and everything else sells well enough to pay off what’s owing, we can go and live at the cottage in Salcombe. I’ll get a job and we shall manage very well.’

Mr Trump nodded his bald head. ‘Very sensible. I’m fairly certain that once everything is sold there will be enough to pay everything off and even have a small amount leftover. I imagine it won’t be too hard to find work during the summer season at least, and there might even be some small job which you might undertake, Mrs Dawson.’

‘A job? Mr Trump, I have never worked in my life and I have no intention of doing so now.’ She dissolved into tears again. ‘My dear husband would turn in his grave if he could hear you suggest it.’

Mr Trump put his papers in his briefcase. Mrs Dawson he had always considered to be a charming little lady, rather spoilt by her husband but with a gentle, rather helpless manner which appealed to his old-fashioned notions of the weaker sex, but now, seeing the petulant look on her face, he wondered if he had been mistaken. Emma, of course, was an entirely different kettle of fish, being a sensible young woman, full of energy, kind and friendly—and there was some talk of her marrying. Which might solve their difficulties. He made his goodbyes, assured them that he would start at once on the unravelling of their affairs, then went out to his car and drove away.

Emma went out of the rather grand drawing room and crossed the wide hall to the kitchen. It was a large house, handsomely furnished with every mod con Mrs Dawson had expressed a wish to have. There was a daily housekeeper too, and a cheerful little woman who came twice a week to do the rough work.

Emma put on the kettle, laid a tea tray, found biscuits and, since the housekeeper had gone out for her half-day, looked through the cupboards for the cake tin. She and her mother might have been dealt a bitter blow, but tea and a slice of Mrs Tims’s walnut cake would still be welcome. For as long as possible, reflected Emma.

Mrs Dawson was still sitting in her chair, dabbing her wet eyes.

She watched Emma pour the tea and hand her a cup. ‘How can I possibly eat and drink,’ she wanted to know in a tearful voice, ‘when our lives are in ruins?’

All the same she accepted a slice of cake.

Emma took a bite. ‘We shall have to give Mrs Tims notice. Do you pay her weekly or monthly, Mother?’

Mrs Dawson looked vague. ‘I’ve no idea. Your father never bothered me with that kind of thing. And that woman who comes in to clean—Ethel—what about her?’

‘Shall I talk to them both and give them notice? Though they’ll expect something extra as Father’s death gave them no warning.’

Emma drank some tea and swallowed tears with it. She had loved her father, although they had never been close and the greater part of his paternal affection had been given to her brother James, twenty-three years old and four years her junior. And presently, most unfortunately, backpacking round the world after leaving university with a disappointing degree in science.

They weren’t even quite sure where he was at the moment; his last address had been Java, with the prospect of Australia, and even if they had had an address and he’d come home at once she didn’t think that he would have been of much help.

He was a dear boy, and she loved him, but her mother and father had spoilt him so that although he was too nice a young man to let it ruin his nature, it had tended to make him easygoing and in no hurry to settle down to a serious career.

He had had a small legacy from their grandmother when she died, and that had been ample to take care of his travels. She thought it unlikely that he would break off his journey, probably arguing that he was on the other side of the world and that Mr Trump would deal with his father’s affairs, still under the impression that he had left his mother and sister in comfortable circumstances.

Emma didn’t voice these thoughts to her mother but instead settled that lady for a nap and went back to the kitchen to prepare for their supper. Mrs Tims would have left something ready to be cooked and there was nothing much to do. Emma sat down at the table, found pencil and paper, and wrote down everything which would have to be done.

A great deal! And she couldn’t hope to do it all herself. Mr Trump would deal with the complicated financial situation, but what about the actual selling of the house and their possessions? And what would they be allowed to keep of those? Mr Trump had mentioned an overdraft at the bank, and money which had been borrowed from friends with the promise that it would be returned to them with handsome profits.

Emma put her head down on the table and cried. But not for long. She wiped her eyes, blew her nose and picked up her pencil once more.