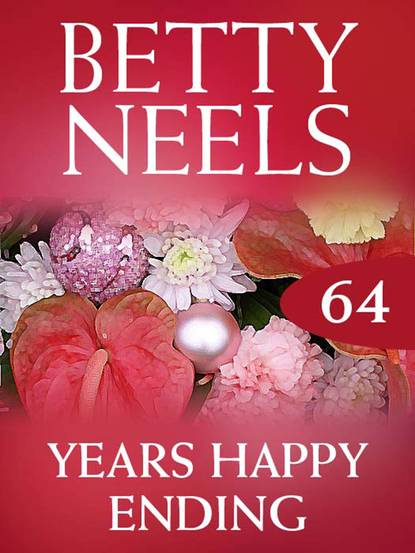 Mills & Boon presents the complete Betty Neels collection. Timeless tales of heart-warming romance by one of the world’s best-loved romance authors.Could she settle for less than love? Professor Gideon Beaufort tried Deborah’s good nature severely. He scorned her future as a trained nanny destined to spend her life caring for other people’s children. Yet was his proposal any more enticing?All he wanted was a substitute nanny for his young daughter and nothing more. Deborah found herself wishing the sultry skies of Portugal’s exotic Algarve weren’t wasted on such a cynical widower and a dedicated nanny with stars in her eyes.

“You asked me to come if I changed my mind.”

Deborah rushed on nervously. “Well, I have. But if you don’t want to marry me now, I’ll understand….”

“I still want to marry you.” Gideon smiled a little. “My daughter will be delighted, and for that matter, so am I.” His mouth twisted in a wry smile. “I should have said that sooner, shouldn’t I?”

“Why should you? We mustn’t pretend, must we?” Deborah blushed brightly because, of course, her whole life was going to be one of long pretense from that moment.

“Most sensibly spoken. There’s no reason to wait. I don’t suppose you want to glide down the aisle in white satin, do you?” His eyes studied her face, and the blush, which was beginning to die down, took fresh fire.

Romance readers around the world were sad to note the passing of Betty Neels in June 2001. Her career spanned thirty years, and she continued to write into her ninetieth year. To her millions of fans, Betty epitomized the romance writer, and yet she began writing almost by accident. She had retired from nursing, but her inquiring mind still sought stimulation. Her new career was born when she heard a lady in her local library bemoaning the lack of good romance novels. Betty’s first book, Sister Peters in Amsterdam, was published in 1969, and she eventually completed 134 books. Her novels offer a reassuring warmth that was very much a part of her own personality. She was a wonderful writer, and she will be greatly missed. Her spirit and genuine talent will live on in all her stories.

THE SEPTEMBER SUN shone hazily on to the narrow garden. Its only occupant, who was busily weeding between the neat rows of vegetables, sat back on her knees and pushed her hair back from her forehead. Long hair, fine and straight and of a shade which could only be described as sandy. To go with the hair she had freckles, green eyes and long curling sandy lashes, startling in an otherwise ordinary face. She bent to her work once more, to be interrupted by her mother’s voice from the open kitchen door: ‘Your cousin Rachel wants you on the phone, Debby—she says it’s important.’

Mrs Farley withdrew her head and Deborah dropped her trowel and ran up the garden, kicked off her sandals at the door and went into the hall. She picked up the receiver warily; Rachel was a dear and they were the best of friends, but she was frowned upon by the older members of the family, they didn’t approve of her life. That she had held down a splendid job with some high powered executive was one thing, but her private goings on were something quite different. ‘Hullo?’ Deborah said, still wary, and her mother poked her head round the sitting room door to hiss:

But Rachel didn’t want to come and stay, she spoke without preamble: ‘Debby, you haven’t got another job yet, have you? You’re free…?’

‘You’ve heard me talk of Peggy Burns—you know, the girl who married some wealthy type with a house somewhere in Dorset? Well her mother’s ill and she wants to go to her, only Bill—her husband—is in the Middle East or some such place and can’t get back for a few weeks, and there are these kids—terrible twins, four years old, and the baby—just beginning to crawl. She’s desperate for a nanny and I thought of you. Marvellous lolly, darling, and a gorgeous house. There’s a housekeeper; rather elderly with bunions or housemaid’s knee or something, and daily help from the village.’

‘Where exactly does she live?’ asked Deborah.

‘Not far from you—Ashmore? Somewhere between Blandford and Shaftesbury. Do say you’ll help out, Debby. Have you got your name down at an agency or something?’

‘Well, yes—but I did say I intended to have a holiday before the next job.’

‘Oh, good, so you can give them a ring and explain.’ Rachel decided.

How like Rachel to skate over the bits she doesn’t want to know about, thought Deborah; the phoning and explaining, the packing, the getting there… ‘I haven’t said I’ll go,’ she said a bit sharply.

Rachel’s self-assured voice was very clear. ‘Of course you’ll go, Debby! Supposing it was your mother and no one would help you?’

‘Why can’t you go?’ asked Deborah.

‘I’m not a trained nanny, silly. Uncle Tom could run you over when he gets back from work; it’s Coombe House, Ashmore, and here’s the phone number so that you can ring and say you’re coming.’ Before Deborah could get her mouth open she went on ‘I’m so grateful, darling, and so will Peggy be—bless you. I must fly—I’ve a new boy friend and he’s taking me out this evening and I must wash my hair.’

‘Rachel…’ began Deborah, too late, her cousin had hung up.

Her mother said indignantly: ‘But you’ve only been home a week darling, and the boys will be back for half term and you’ll miss them. How like Rachel, arranging everything to suit herself without a thought…’

‘Actually, she was trying to help,’ said Deborah fairly, ‘And I suppose I could go if its only for a week or two. I could ask the agency for a temporary job when I leave Ashmore and then be home for Christmas. I’d like that.’

Her mother brightened. ‘That’s true, love, and you haven’t had a Christmas at home for a couple of years, have you? I don’t know what your father will say…’

‘Yes, Debby I know, but your father always thinks of you as a little girl even though you’re the eldest. He always will until you get married.’

‘Mother,’ said Deborah with faint exasperation. She would like to get married and have a husband and children and a home to run, but she considered her chances slight. She had plenty of friends for she had lived in Dorchester all her life, but most of them were married or thinking about it, and those who weren’t, girl and man alike, tended to regard her as a well-liked sister to whom they could confide their amatory problems.

She sighed and went back to the phone.

The voice at the other end was pleasant, tinged with panic, but hopeful. ‘Thank God,’ said the voice fervently, ‘Rachel said you’d ring, you’ve no idea…you’re like a miracle, I’d absolutely no idea what to do. I’m not usually such a fool, but I seem to have gone to pieces…’

Deborah heard a watery sigh and said hastily, ‘I’ll come just as soon as I can, Mrs Burns—my father will drive me over as soon as he gets home, that’ll be in about two hours. Can you go to your mother this evening?’

‘Yes, oh yes. She lives in Bath so I can drive myself. I’ll get all ready to leave shall I? And put the twins to bed and see to the baby. You’re an angel. I don’t know your name, at least I’m sure Rachel told me but I don’t think I took it in.’

‘Deborah Farley. Is your house easy to find Mrs Burns?’

‘Yes, oh yes. Facing the village green. There is a green gate that runs up to the side of the house, if you drive in and turn off to the front door.’

‘About half-past seven, Mrs Burns. Goodbye until then.’