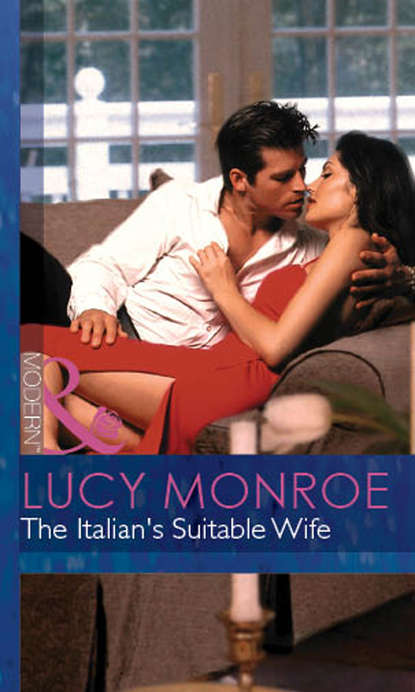 Enrico DiRinaldi wants a wife and children, even though an accident has left him unable to walk. So he proposes marriage to Gianna Lakewood. Having secretly always loved Rico, Gianna can't say no…. The passion Rico ignites in his innocent bride is explosive! But when she realizes that Rico's full recovery is imminent, and his beautiful ex-fiancée is waiting in the wings, Gianna is sure he won't want her anymore. However, Rico is still intent on keeping his convenient wife by his side….

“You are my wife because I chose you for my wife. You cannot believe I want to end our marriage before it has really begun.”

The hot sulphur of his glare tinged her tender emotions. “You want out of our marriage. You say so. You do not want to be the mother of my bambini. Fine. Non è problema. Go.”

For the second time she was being told to leave Rico’s life. Only this time if she went, would he ever let her back in?

Apparently he truly did want to remain married. Knowing that, could she leave him? Did she want to leave him? The answer was simply no.

“I don’t want out of our marriage.” She whispered the words.

“Then you sleep in my bed.”

“Lucy Monroe captures the very heart of the genre. She pulls the reader into the story from the first to the last page.

The Italian’s Suitable Wife is nonstop romance from the first page to the last.

You’re going to love it!”

If you love marriage of convenience stories that ignite into marriages of passion, then look no further. We’ve got the heroes you love to read about and the women who tame them.

Available only from Harlequin Presents

To my critique partners, Erin and Kati.

Your friendship is something I will always treasure.

Thank you for being in my life and being the special women that you are.

HIS lips hovered above hers.

Would they make contact? They never had before, no matter how much she ached for it. He started to lower his head and her heart kicked up its pace. Yes. Oh, yes. This would be the time. But even as she strained toward him, he began to back away. His image dissolved completely as the discordant note of a ringing telephone tugged her toward consciousness.

Gianna Lakewood picked up the cordless handset still half immersed in dreamland, a land where Enrico DiRinaldo was not engaged to supermodel, Chiara Fabrizio.

Her voice still husky from sleep and the emotions elicited by her dream, she said, “Hello?”

“Gianna, there’s been an accident.” The sound of Andre DiRinaldo’s voice brought her eyes wide-open as tension immediately tightened her grip on the phone.

“An accident?” she asked, sitting bolt upright and flipping on the bedside light almost in the same motion.

“Porco miseria. How do I say this?” He hesitated while she waited with a premonition of dread for what was to come. “It is Enrico. He is in a coma.”

“Where is he?” she demanded, jumping out of bed and clutching the phone to her ear, her green eyes wild with the fear coursing through her. She didn’t ask what happened. She could find that out later. She needed to know where Rico was and how soon she could get there. She started shucking out of her pajamas.