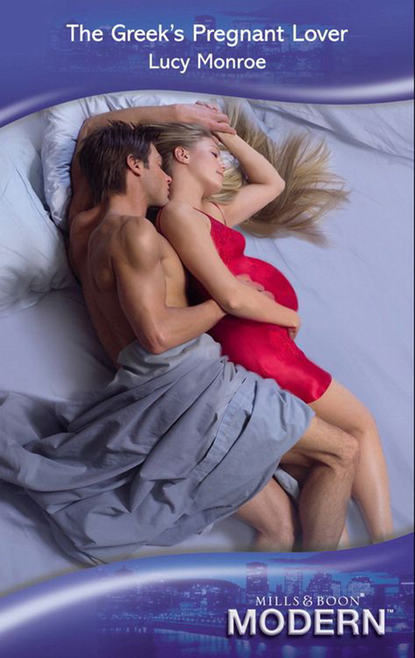 No-strings fling…to wedding ring? Self-made billionaire Zephyr Nikos has come a long way from the streets of Athens, but his heart is stone-cold – like marble. He can’t offer Piper Madison his love; instead he offers her his world: fine dining, private jet, rubbing shoulders with the rich and powerful…As their passion heats up and finally reaches boiling point, Zephyr and Piper must end their affair before one of them gets hurt. There’s just one small complication…Piper’s pregnancy test just came back positive!Traditional Greek Husbands Notorious Greek tycoons seek brides!

Childhood friends Neo and Zephyr worked themselves up from the slums of Athens and made their fortune on Wall Street!

They fought hard for their freedom and their fortune. Now, like brothers, they rely only on one another.

Together they hold onto their Greek traditions…and the time has come for them to claim their brides!

In May, Neo’s story: THE SHY BRIDE

This month meet Zephyr in: THE GREEK’S PREGNANT LOVER

LUCY MONROE started reading at the age of four. After going through the childrens’ books at home, her mother caught her reading adult novels pilfered from the higher shelves on the bookcase…alas, it was nine years before she got her hands on a Mills & Boon

Romance her older sister had brought home. She loves to create the strong alpha males and independent women who people Mills & Boon books. When she’s not immersed in a romance novel (whether reading or writing it), she enjoys travel with her family, having tea with the neighbours, gardening, and visits from her numerous nieces and nephews.

Lucy loves to hear from her readers: e-mail [email protected] or visit www.LucyMonroe.com

For my beautiful daughter Sabrina, her wonderful husband Kyle, and their precious child Nevaeh. I love you all so much, and am so very, very, VERY proud of you. I thank God to have you as blessings in my life. Kyle and Sabrina, you have a love worth memorializing and prove the truth that romance is more than fiction. I pray you are blessed with as much or even more love and happiness as your dad and I share for many years to come.

ZEPHYR NIKOS looked out over the Port of Seattle, remembering his arrival here with Neo Stamos over a decade before. Things had been very different then. Everything Zephyr owned fit in the single tattered duffel bag he’d carried. He still had that duffel bag stored in the back of his oversized walk-in closet, behind the designer suits and top-of-the-line workout gear.

It was a small reminder of where he had come from, and where he would never be again.

They had been so sure this was the place to start their new life, the one that would move them as far from the backstreets of Athens as a man could get. And they’d been right.

Two Greek boys from the wrong side of the tracks had built not just a business, but an empire worth billions of dollars. They dined in the finest restaurants, traveled by private jet and rubbed shoulders with the richest and most powerful people in the world. They’d realized their dreams and then some.

And now Neo was in love and getting married.

As much as everyone else saw Zephyr as more easygoing than Neo, he wasn’t surprised his friend had found domestic bliss first. Zephyr wasn’t sure he would ever find anything like it. In fact, he was near positive he wouldn’t. Oh, he might marry someday, but it wouldn’t be a hearts-and-flowers event, just another business transaction. Just like how he’d been conceived.

He had learned early that a smile made as effective a mask as a blank stare, but that’s all it was…a mask.

His heart had turned to stone a long time ago, though he guarded that secret as well as he guarded all his others. Secrets he would never allow into the light of day.

Even Neo did not know the painful truth about Zephyr’s past. His friend and business partner believed Zephyr had had a similar childhood to his own before they’d met in the orphanage at the age of ten. Neo could not imagine anything worse than his own messed-up childhood and Zephyr wanted to keep it that way. The pain and shame of his past had no place in the new life he’d built for himself.

Neo had hated the orphanage. However, once Zephyr accepted his mother was not coming back for him, it had been the first step in distancing himself from a life he wished he could forget. His father had thought nothing of selling Zephyr’s mother’s “favors” along with the other women who “worked” for him in the business that supplemented his less than stellar income from the family olive groves. And he cared nothing for the illegitimate son that had resulted from his own “sampling of the merchandise.”

When Zephyr’s mother had first left him at the orphanage so she could pursue a life away from his father’s brothel, his innocent child self had been sure she would come back. He’d missed her and cried and prayed every day she would return. A few weeks later, she had. To visit. No matter how much that small boy had tearfully begged her to take him with her, she had once again left him behind.

He’d learned to hide his. From everyone.

He would have stayed in the orphanage until he finished school, but the monster whose blood tainted his own had decided an illegitimate son was better than no son at all. And Zephyr had had to leave. Now his best friend, Neo, had gone with him and they had made their own lives on the streets of Athens until lying about their ages to join a cargo ship’s crew.

The move Neo considered their first step toward a new life, the life they now enjoyed. But Zephyr knew better. His journey had begun long before.

The simple truth was, as hardened as Neo appeared to be, inside—where it mattered—Zephyr was stone-cold marble in comparison.

“WHEN are we going to drop the bombs?”

Piper Madison’s head snapped up at the question asked in a small boy’s high-pitched tone. The dark-haired moppet, who could not be more than five, looked at the male flight attendant with earnest interest.

Glowing with embarrassed humor, his mother laughed softly. “He hasn’t quite got the hang of not all planes being geared to war. His grandfather took him to an aeronautical museum and he fell in love with the B-52 bomber.”

She turned to her son and explained for what was clearly not the first time that they were on a passenger plane going to visit Grandma and Grandpa. The little boy looked unconvinced until the first-class cabin flight attendant added his agreement to the mother’s. Small shoulders drooped in disappointment and Piper had to stifle a chuckle.

There had been a time not so many years ago that her fondest hopes included being in that exasperated mother’s place. Those dreams had died along with her marriage and she had accepted that. She had. Yet as much as she wished they didn’t, those old hopes still caused a small pang in the region of her heart in moments like this.

But dreams of children definitely had no chance of resurrection in her current situation.

Trying to let the low-level background hum created by the plane’s engines soothe nerves already stretched taut, Piper leaned back in her seat and looked away from the domestic tableau.

It didn’t work. Despite her best efforts, her heart rate increased as anticipation of her arrival in Athens thrummed through her. She couldn’t stop herself looking out the window, her eyes eagerly seeking evidence of the airport.

For hours it had been nothing but a blanket of cloud with the occasional break where the peaks of the Alps crept through. It had been a while since she spotted the last peak and she knew they were almost to their Athens destination. Less than an hour from seeing him. Zephyr Nikos. Her current boss and part-time bed partner.

She was more than a little keen to see the man and the place of his birth. Besides, who didn’t want to visit paradise?

For that’s where they were ultimately headed, a small Greek island that at one time had been the vacation home of a fabulously wealthy Greek family. Not so flush now, the patriarch had sold the island to Stamos & Nikos Enterprises. Zephyr and his partner, Neo Stamos, planned to develop it as an all-inclusive spa resort. And she’d been given the interior design contract for the entire facility, with a budget large enough to bring in whatever kind of help she needed to see it to completion.

She was beyond excited about being brought in at the ground level on such an expansive project. It would be an amazing coup for her business, but satisfying personally on a creative level as well. Even so, her current heightened sense of anticipation was predominantly for the man who waited for her there.

She had spent the last six weeks missing Zephyr with an ache that scared her when she let herself think about it. She should not be so emotionally dependent on a man who was only sort of her lover.

She bit her lip on a sigh.

They were involved sexually, but not romantically. They weren’t anything as simple as casual sex partners. That would be too easy. She’d know exactly how to handle her one-sided emotional entanglement then. But they were friends, too. Good friends. The kind of friends that hung out at least once a week before the sex benefits started and that increased to multiple times a week when they were in the same city.