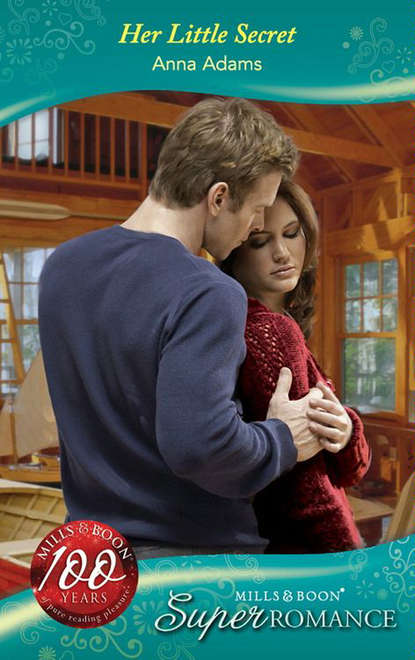 Enjoy the dreams, explore the emotions, experience the relationships.All Cassie wanted was a second chance. Cassie Warner thought she’d never return to Honesty, Virginia, but her father’s illness has forced her hand. She’ll have to bring her secret back with her… All Hope wanted was a daddy, just like the other children had. When Van Haddon stepped in, Cassie had to trust that he’d stick around.Seeing her old love with her tiny daughter brought back all the feelings Cassie had buried. Now the only thing they want is a future with Van!

“I came straight from the airport.”

Cassie continued, “What are you doing here?” She forbade herself a glance towards the car. Van would have to know sometime, but please God, not now. Not yet.

“What are you talking about?” She reached past him for the door handle. Just then, the back door of her rental car opened, and a small voice called, “Mummy.”

She turned and ran across the grass to snatch her daughter into her arms, holding on so tight Hope tried to wriggle free.

Van had followed, shock draining his face of colour.

Cassie shook her head, begging him not to say anything that might hurt Hope. Naturally, he wondered if she belonged to him. Despite five years and the certainty he hadn’t wanted her or their marriage, Cassie feared answering his unspoken question.

At last he dragged his gaze away from Hope, moving his head as if his muscles were locked.

Cassie relented. “No. Not yours.

Anna Adams wrote her first romance in wet sand with a stick. The Atlantic Ocean washed that one away, so these days she uses more modern tools to write the kind of stories she loves best – romance that involves everyone in the family, and often the whole community. Love between two people is like the proverbial stone in a lake. The ripples of their feelings spread, bringing all kinds of conflict and help from the people who care most about them.

Anna is in the middle of one of those stories, with her own hero of twenty-seven years. From Iceland to Hawaii, and points in between, they’ve shared their lives with children and family and friends who’ve become family.

To Robert and Alice, and the love between you that still makes the lives around you richer.

And to Uncle Cecil and Aunt Mary, Aunt Dorothy and Aunt Bertha. Your strength was mine. Your love kept me floating. Your kindness heals my heart. Thank you will never be enough, but if love counts – well, I sure do love you all, my “other parents.”

THUNDER CREPT across the sky, building strength to rattle Van Haddon’s house. Rain and wind slapped at him so hard he hunched over as he climbed the wooden porch steps at the end of yet another business trip.

He used to love his job. For the past eleven months, he’d traveled at the drop of a hat, met with any financial client who seemed likely to sign on with him and all but begged for new business.

Getting into his house wasn’t easy. He found the lock, despite the darkness of a storm-induced blackout, but another crack of thunder broke over his head. He jerked his hand, and the key came back out.

Van wiped rain off his face and tried again to get inside. Lightning flashed on the lock. He twisted the key and then kicked the front door open, shoving his carry-on out of the way as he grabbed the phone off a hall table. “Hello?”

“Van, Tom Drake here.” The other man didn’t have to add that he was the sheriff. Everyone who lived in the small town of Honesty, Virginia, knew who the sheriff was.

Van shouldered the door shut. “What’s up, Tom?” He kept his tone carefully neutral. After two days of explaining a portfolio to a possible client who’d decided not to invest with him, he’d been grateful for the powerful December winds that had given the plane a boost all the way from San Diego. But as soon as he’d landed, all hell had broken loose. The storm had boiled over, and he couldn’t forget last spring’s disastrous lightning strike that had burned down his sister’s fishing lodge.

“Something wrong with Beth or her family?”

“Beth and Eli are fine. In fact, I even think her new husband’s home this week. I’m calling about Leo Warne.”

Static broke up the words between syllables, but at Leo’s name, Van let go of the strap on his laptop bag. It slid down his arm. He caught it and set the bag on the floor, shrugging out of his soaked coat at the same time.

“Leo?” He’d been Van’s mentor, then his father-in-law and finally a walking wake-up call to his conscience.

“He’s out here on the Mecklin Road Bridge. And I do mean out here. Half-dressed in a ratty shirt and boxers, cowering against the guardrail, scared out of his wits. He won’t let us help him.”

“Help him what?” Van loosened his tie and undid his top collar button. Five years ago, his ex-wife, Cassie, had left town, warning both her father and Van not to contact her again. Leo had soon suggested Van stay away from him, too.

They’d last seen each other a year ago in the canned vegetable aisle at Elljay’s Market. One glance and they’d gone their separate ways.

Only family could be so cruel.

“I’m having no luck talking him into an ambulance,” Tom said. “He’s asking for his wife. He called me a liar when I said she was dead.”

“I don’t understand.” Victoria had died while being treated for pneumonia when Cassie was fifteen.

“It’s his mind, his memory. Something’s wrong. He hasn’t asked for Cassie, but he finally remembered you. I tried to make him see you’d want us to help him, but he won’t move unless you come.”

“Me?” Shock spotlighted the small things around him. Mail that had piled up. A picture of his nephew on a skateboard in midair. An unfolded, overdue bill for the credit card he used for travel expenses.

But he couldn’t see Leo—always in charge, dressed to the extremes of elegance—scared and nearly naked on a bridge in a storm that could literally kill him.

At seventy-three, Leo had retired as president of Honesty Bank & Trust soon after Cassie had left. Ashamed of what had happened to her, he’d disappeared from the town’s life.

Van couldn’t explain anyone else’s reasons, but he had let Leo go because he’d hated the other man’s shame.

“Hell.” He couldn’t go on resenting Leo when he needed help. Van checked his pockets for his cell phone. “I’m on my way.”

Thunder jolted the house. A keening scream—unbearable and hardly recognizable as Leo’s voice—seemed to form inside Van’s head. “Take my cell number in case you need it.” He gave it to Tom and then hung up.

Without a coat, without locking the door, with nothing except fear that Leo had gone insane, Van ran back into the storm.

He jumped into the car, switched on the engine and jammed the gas pedal. All the way down the driveway, the trees bent low, their branches open hands grasping at his roof. He skidded onto the main road.

How could he talk Leo off that bridge?

A truck crossed into his lane. Swearing, Van swerved around it.

Someone had to tell Cassie.